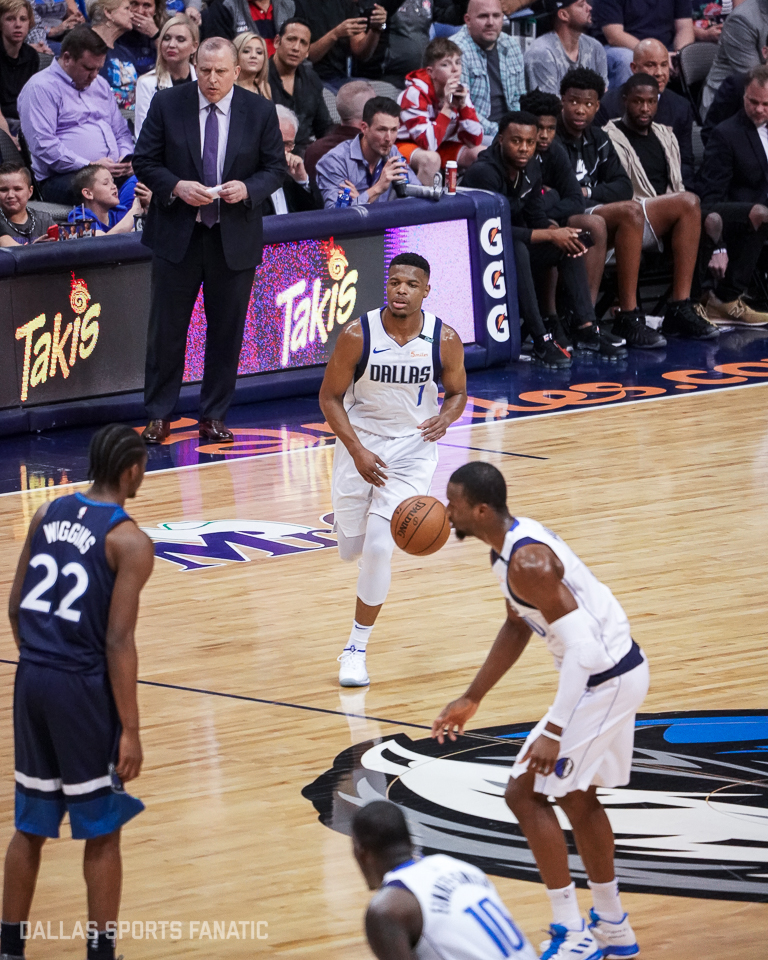 Lets clarify. “March basketball” is not at all referring to the NCAA tournament. Tourney basketball produces the highest levels of parity, competitive spirit, and excitement the sport has to offer.

No, we are putting the NBA game under the microscope.

Many casual fans are of the belief that college players “play harder,” or “want it more.” While most of the time, that isn’t the case, but instances like tonight’s Mavs/Wolves game? Well…it’s hard to disagree with those detractors.

If you didn’t watch the game and pulled up the box score, you might see a game decided by a single point and assume it was a real treat.

It was an absolute chore to make it through the first three quarters. There was such little energy, not only from the crowd, but the teams, that it almost felt like a preseason game.

And that has been the case down the stretch of this Mavs season. Just check the Sacramento game earlier this week.

It’s somewhat understandable given their record. Because at this point, there just isn’t much to play for.

But what about Minnesota?

They are a team right in the thick of the Western Conference playoff race. What was their excuse?

They weren’t coming off the second night of a back to back. Sure, they had a rough shooting night, but it’s not like that made this game any less important for them. They have been without Jimmy Butler for over a month now, so that couldn’t have been it. So, what was it then?

It certainly looked like a disinterested, content pair of teams there simply because they were contractually obligated to be.

Maybe that’s incorrect. And maybe this is being too harsh. But this type of apathy is common this time of year in the NBA.

Whether it be teams who have already locked up playoff spots having less incentive, or bottom feeders trying to lose games intentionally to earn higher lottery odds, there is undeniably a wall that the teams hit this time of year.

And that wall was never more apparent tonight.

So what can be done to solve this problem? Well, I’m not sure there is a clear cut answer.

Maybe shortening the season? It would certainly make each game more meaningful. The league has already declared war on the shameless tankers by significantly altering the lottery odds next year.

Will these changes have the desired effect? Who knows. But this is human nature, so there is a very real chance they don’t.

The NBA has a great product, and this is not to suggest otherwise. The NBA playoffs are the peak of professional basketball, but unfortunately, this dead period is something we have to endure to get there.

So just hang in there, we are almost out of the weeds. Postseason play starts in just a few weeks, on April 15th.