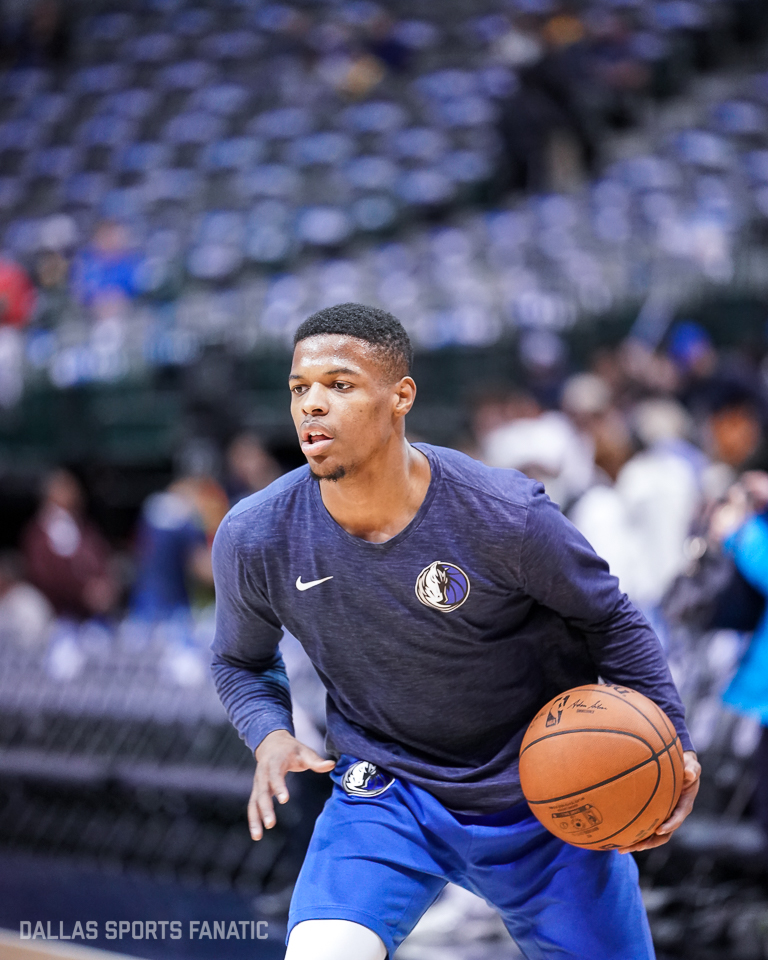 The Dallas Mavericks youth movement is officially here. In last night’s 130-123 win against the Lakers the closing line up was Dennis Smith Jr., Yogi Ferrell, Maxi Kleber, Salah Mejri, and newcomer Doug McDermott. Harrison Barnes and Wesley Matthews did not play after the eight minute mark in the fourth quarter. Dirk Nowitzki, who had a season high 22 points, did not play after the seven minute mark. Even without their vets playing the Mavs were able to hold off the Lakers and spoil Isaiah Thomas debut in the purple and gold.

This morning the Mavericks announced that JJ Barea, Dirk Nowitzki, and Wesley Matthews will not travel to Houston for tonight’s game. Do not be surprised if announcements like these become a common occurrence the rest of the season. With the Mavs sitting at 18-38 it is a perfect time for the organization to see what they have in their youth, especially after acquiring Doug McDermott at the trade deadline in exchange for Devin Harris.

In his debut McDermott had 8 points, 3 rebounds, 3 (flashy) assists, and 1 steal to finish with a +8 plus/minus rating. After being limited offensively in the four systems he has been in during his four years in the league, Dallas is ready to unleash what they think can be a potent offensive player. Donnie Nelson and the Mavs front office believes that “[McDermott] has the chance to be a nice small forward in this league for a long period of time.” Coach Rick Carlisle said that he would like to get to see McBuckets at the three and four positions this year, similar to how they use his former high school teammate Harrison Barnes at both positions.

The last time the Mavericks played the Rockets it wasn’t close. Despite the final score being 104-97 in favor of Houston, Dallas was never really in the game. The Mavericks let the Rockets build a 23-10 lead in the first quarter and never recovered. The Rockets would lead by 20 points, 99-79, with 4:34 left to go in the fourth. In typical Mavs fashion, Dallas attempted a comeback in the closing minutes, pulling the game to within 11 points with a little over a minute left to go. It was too little, too late – which can sum up many of the Mavs games this season.

Coming into the game Houston has won 14 of their last 16 games. They are the only true threat to the Warriors. The Rockets also have seemed to have gotten better throughout the season by adding players that other teams didn’t want or didn’t need on their roster. Gerald Green was signed by the Rockets after spending two-plus months on his couch and is averaging roughly 13 points per game. Joe Johnson was recently signed by the Rockets after he was bought out by the Kings after the trade deadline. The rich get richer.

The Mavericks, by contrast, have lost 11 of their last 16 games. They have the fourth worst record in the league and are a true threat to finish with the first pick in the NBA draft. The Mavs also made moves, including the Doug McDermott one, by signing Kyle Collinsworth to a three year deal that includes team options in the second and third years. They have also signed G League alumn Jalen Jones to their active roster in recent weeks and called up two-way player Jonathan Motley.

Look for Dennis Smith Jr., Yogi Ferrell, Doug McDermott, Harrison Barnes, and Maxi Kleber to get as much run as they can handle this game. The youth movement is here and they will be thrown right into the fire by having to contain a red hot Rockets team that features Chris Paul, James Harden, and Clint Capela.

The game tips off at 6:00 PM central time on Fox Sports Southwest.