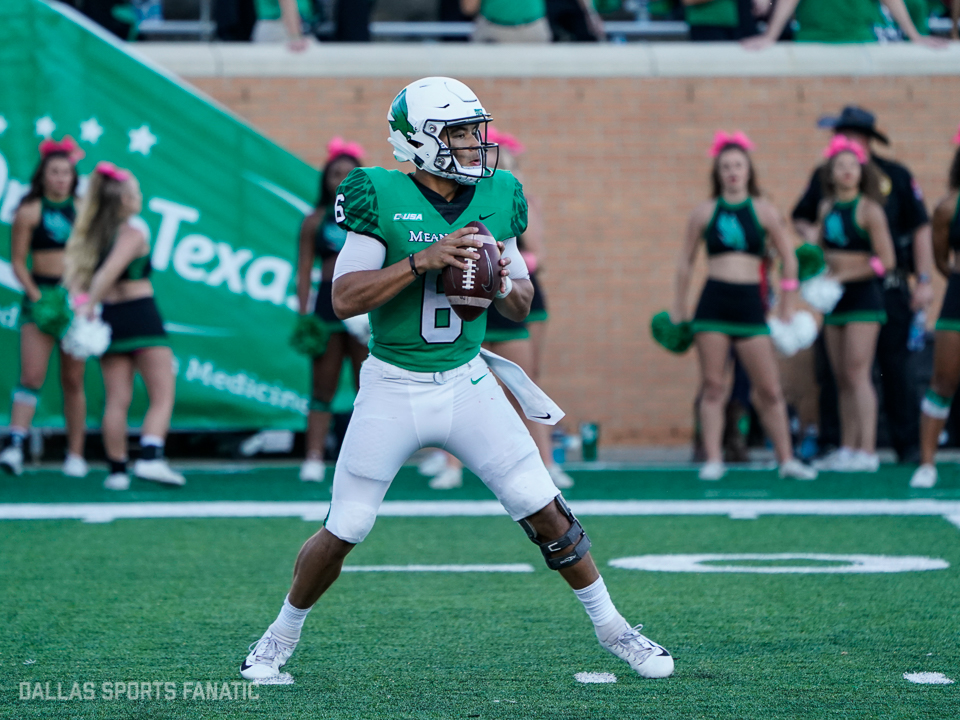 The game was in control for the Mean Green from the start and never let go of their lead in what could be a memorable win in program history for UNT.

Already up 7-0 early in the game, the Mean Green goes to their trick playbook to see if they can get an extra edge over the Razorbacks. After catching a punt, sophomore Keegan Brewer fakes a fair catch and then puts on the jets, returning the ball 90-yards for the touchdown. UNT would add a field goal to end the first quarter leading 17-0.

The Razorbacks would get on the board in the second quarter as quarterback Cole Kelley runs it for a 5-yard touchdown. They would add a field goal as well making it a one-score game as the Mean Green lead is cut to 17-10.
UNT would then take over the rest of the first half as they score back-to-back touchdowns and a field goal, putting the Mean Green up 34-10 at halftime.

The second half was more of a defensive showdown as the Mean Green held the Razorbacks to one touchdown, while the Mean Green added a field goal and pick-six by cornerback Kemon Hall to put the game out of reach.
Quarterback Mason Fine threw for 281 yards and one touchdown. He went 24 for 45 and no interceptions and added a rushing touchdown as well. Jaelon Darden had 5 catches for 87 yards. Loren Easly had 13 carries for 68 yards and a touchdown.

The defense was impressive by forcing 5 interceptions, including a pick-six.

This is the first win over a Power-5 conference since 2011 when they beat Indiana.

The Mean Green will now travel to Lynchburg, VA to take on Liberty University on September 22. The game will be on ESPN 3 and heard on the Mean Green Radio Network. Kickoff is at 5 p.m. CST.