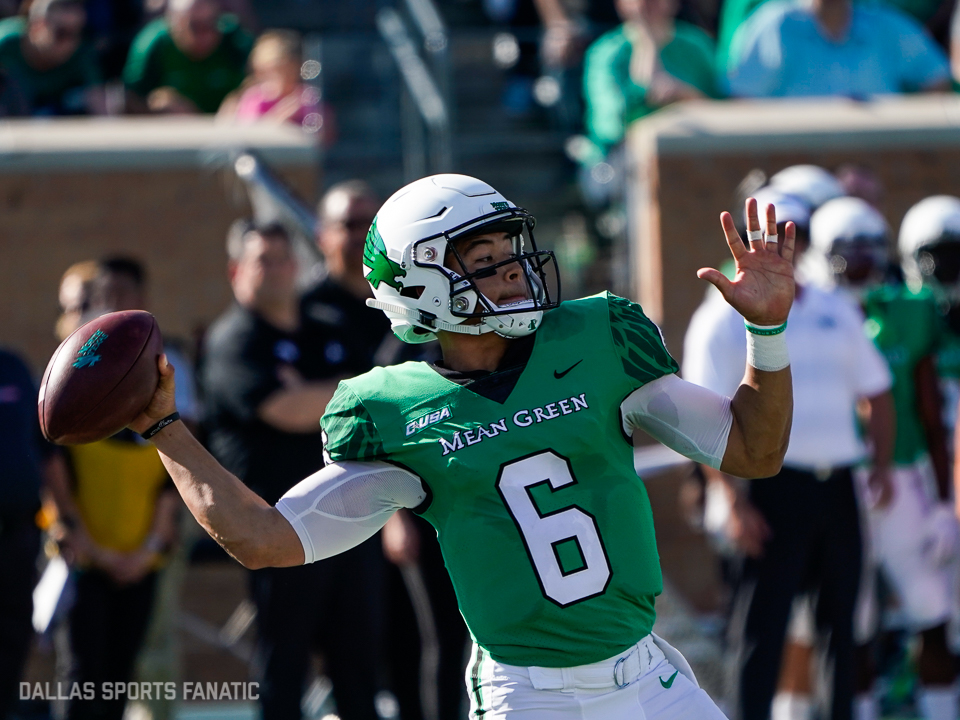 The first half was all North Texas as quarterback Mason Fine put on a masterful performance putting up three touchdowns in the first half. The Mean Green defense helped slow down the UAB Blazers to just 10 points and going into halftime the Mean Green held a commanding 21-10 lead.

Then things changed dramatically for the Mean Green in the second half.  Despite having the ball to start the third quarter, the Mean Green offense was shut out for the entire quarter and was forced to give up a safety to the tough UAB defense.  Eventually, the UAB offense used their potent rushing attack to score and put UAB within striking distance to UNT, 21-19.

UAB would strike early in the fourth quarter, as their leading rusher Spencer Brown wore down the Mean Green defense and scored his third touchdown of the game and it gave UAB the lead. Brown would finish the game 25 carries for 100 yards and three touchdowns.

The Mean Green would march down the field on the ensuing drive and would get inside the UAB 11-yard line. Fine would rush for seven yards and slid at the four-yard line, when the ball came out. The officials ruled it a fumble and UAB recovered.  In his post-game interview, head coach Seth Littrell said he thought that is normally a dead ball, but refs saw it another way. UAB would take over and drive down and kick a field goal, giving the Blazers a 29-21 lead.

North Texas would have time for one last drive and would get the ball inside the UAB 27-yard line. On 4th and 10, Fine would find Jalen Guyton for a nine yard pass but ended up short of the first down and the Blazers would go on to win the game.

“We got to come back and get better for next time,” head coach Seth Littrell said.

Fine finished the game with 336 passing yard and 3 touchdowns. Jaelon Darden had 10 catches for 143 yards and two touchdowns. DeAndre Torrey had 13 carries for 35 yards.

Now with two conferences losses on their record, it is very unlikely that the Mean Green will be able to clinch the West Division in Conference USA.

The Mean Green will now go back to Denton for Homecoming as they face off against Rice University.  Kickoff is at 3 p.m. CST.  The game can be seen on ESPN+ or heard on the Mean Green Radio Network.