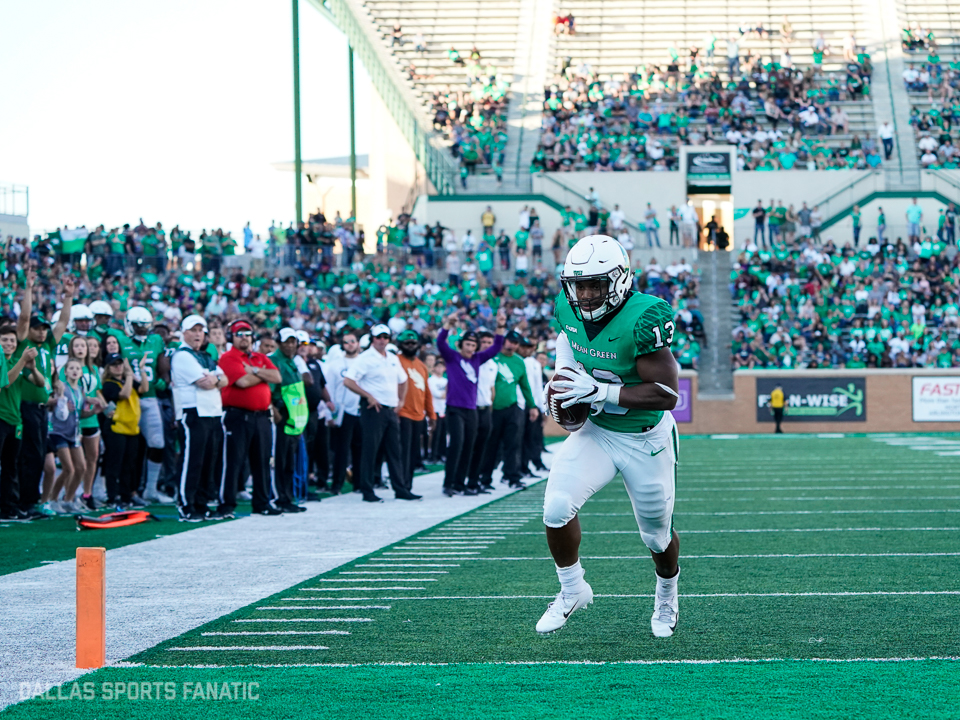 It was a tough first half for the Mean Green to get anything going offensively as they managed to only score ten points, while the Miners just managed to tie the game going into halftime.

The Mean Green would then dominate the third quarter as kicker Cole Hedlund hits a 29-yard field goal, his second of the night. Then with just 55 seconds left in the third, quarterback Mason Fine threw his second touchdown of the game, finding Rico Bussey Jr. for the 11 yard score, putting the Mean Green up 20-10 going into the final quarter.

The Miners wouldn’t give up as they started the fourth with a one-yard touchdown run by quarterback Ryan Metz, cutting into the Mean Green lead 20-17.

North Texas would answer back with running back Nic Smith going up the left side for a 20-yard scoring run to put the Mean Greenback up 10 points.  The Miners would then take advantage of a Mean Green defender falling down, as Metz hit Foster for a 67-yard touchdown pass to put UTEP back within 3 points with a little more than five minutes left in the game.

The Miners would have the ball one last time as the game was winding down but were unable to get anything going and turned the ball over on downs.  The Mean Green would then run out the clock and secured a 27-24 victory over the Miners.

Fine would go 23-for-34, throwing 294 yards and added two touchdowns in the game.  Bussey Jr. led all receivers with eight catches for 117 yards and a touchdown.  Running back DeAndre Torrey had 19 carries and 70 yards and Nic Smith added a rushing touchdown.

Though the defense allowed some big plays, they managed to make crucial stops late in the game to hold off the late surge by the Miners.

“We had to play much cleaner tonight in all three phases,” head coach Seth Littrell Said. “There were too many mistakes, especially on the road.  We need to go and clean this up and hold ourselves accountable.”

One part that Littrell focused on was that the receivers are having too many drops and that it needs to be fixed if they are to have success going forward.

The Mean Green will get a chance to fix these issues and look for another win as they return home next week to host the University of Southern Mississippi.  The Golden Eagles are 2-2 overall and 1-0 in conference play.

Kickoff is set to be at 1:00 p.m. CST from Apogee Stadium in Denton, Texas.  The game will be televised by ESPN 3.