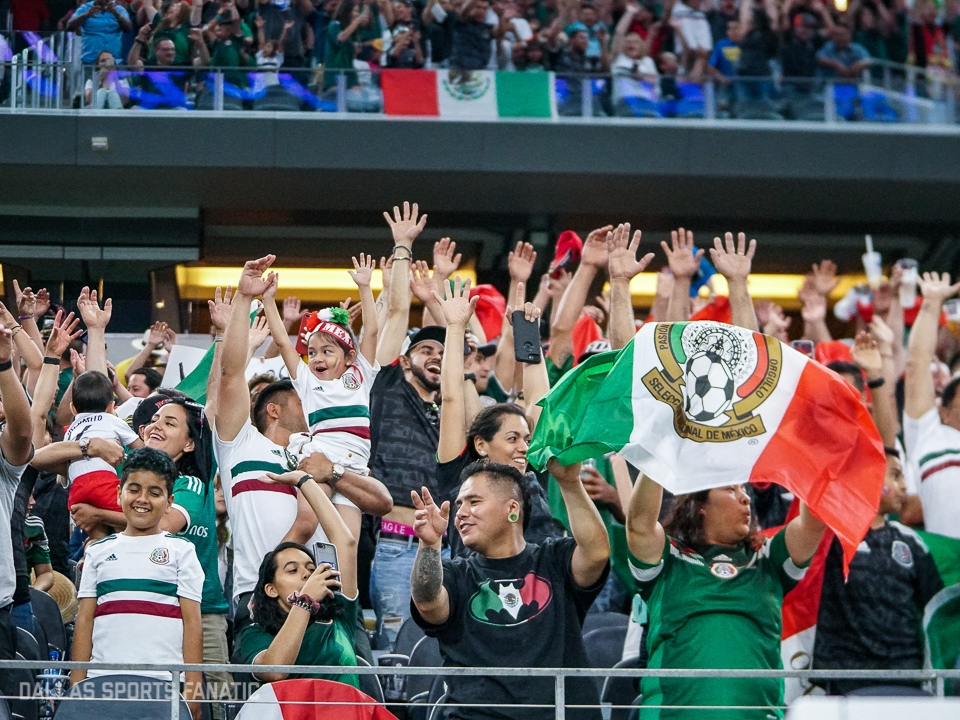 Arlington, TX- The Mexico National team returned to the AT&T stadium nearly after two years this weekend for a friendly against Iceland.

Fans from all over DFW were eager to see their team perform well on Saturday night. After not seeing their team in the stadium for a while, this was the relief and a dose of”back to normality.” 45,000 were reported to have made the trip to Arlington to watch El Tri.

Tata Martino, knowing that he has the 2021 Gold Cup and the Final Four of the Nations League, had to bring some of his best players to test everyone out ahead of their remaining friendly games and two major international tournaments.

What many fans did not expect to see was Iceland get on the scoreboard before Mexico. A nice touch from Birkir Saevarsson, who saw his shot take a deflection from Edson Alvarez and nothing that Alfredo Talavera could do about it to stop it.

Despite Mexico’s numerous attempts at goal, Mexico had no luck finding the back of the net. Martino’s players undoubtedly dominated most of the game but were not so lucky in finishing those chances on goal.

The second half was full of action; Iceland took advantage of their early lead and pressured Mexico’s backline to avoid any attacks on their side.

Unfortunately, the “chant” was heard by Ted Unkel, and as a result, the game stopped momentarily. Many times were fans warned about the chant, the AT&T stadium did not get the memo. Two announcements were made within the first 65 minutes of the game. You could see that players were a little frustrated with the circumstances and waived at the fans to stop the chant.

“The shout can conspire against the team and suspend the match. That is enough to make people aware. It is harmful to the National Team and inappropriate.”

The stopping of the game meant that it was step one of the new FIFA protocols. Step one meant that the referee could stop the game momentarily. Step two meant that the players would head to the locker rooms. Lastly, step three would result in the game being suspended.

In the 73rd minute of the game, Diego Lainez picked up a loose ball on the middle of the field and made his run forward. Once he completed his run, he assisted Hirving Lozano, who sent his shot just wide of the keeper and into the back to the net to tie the fame.

Just under five minutes after his first goal, Hector Herrera lobbed a pass over the Icelandic defense. Again, Lozano would rise above the defenders to score his second of the night and give Mexico the much-needed goal.

“The changes did us good and we ended up winning the game fairly. We were better the 90 minutes, we are satisfied with what has been done.”

“I like that the team has the ability to score with different players and today we take advantage of Lozano’s level to win the game.”

Following their dispute in the Nations League Cup, Mexico plays two more games as part of their US tour facing Panama and Nigeria. The games will also serve as preparation ahead of their participation in the Gold Cup in Texas.