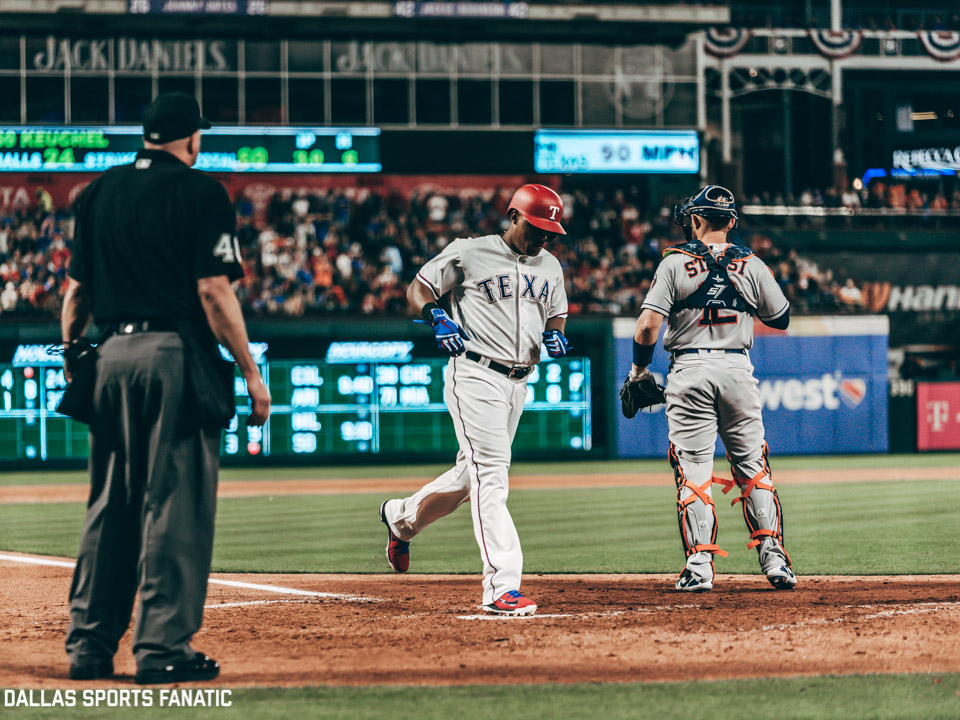 In The Midst of Darkness, Rangers Find Light

In The Midst of Darkness, Rangers Find Light

Week two of the Ranger’s 2018 season was one most of us would like to quickly forget. Plaguing injuries and getting swept by a division rival are not fun, to say the least.

Your Texas Rangers went 2-4 this past week between two three-game series against the Los Angeles Angels and Houston Astros. The week started off with being swept by the Angels, then moved to the team’s first day off of the year. The Thursday day off seemed to be just what the Rangers needed.

Obviously, rest is much needed considering all of the injuries occurring from DeShields to Fister to Odor to Andrus and the list goes on. However, on the bright side, Ronald Guzman and Isiah Kiner-Falefa got the call-ups this week from Round Rock, and boy, did they make an immediate impact.

Ronald Guzman has homered to tie the game. Last night he and Kiner-Falefa each had first major league hit. Today, they each have first MLB HR.

My MVP’s for this past week are the 23-year-old rookie 1B, Ronald Guzman and the 44-year-old pitcher, Bartolo Colon. Talk about an age difference. Guzman helped lead the Rangers to a comeback win on Saturday after hitting the game-tying home run in the eighth inning along with hitting the go-ahead RBI single in the top of the tenth inning to seal the win. Colon had the near-perfect outing against one of the best offenses in baseball on Sunday. He was perfect through seven innings and allowed his first and only hit in 7.2 innings pitched. Colon had retired 28 straight batters dating back to his relief outing on Tuesday.

For now, I guess the Rangers will continue to stick with the solo home run to win games. They hit eight this week while only scoring 17 total runs.

Everyone, stay calm. The Rangers went 14 straight games to start the year, finally had a day of rest and since that day, they have won their first series this year. Yes, it just so happened to be up against the defending World Series champs.