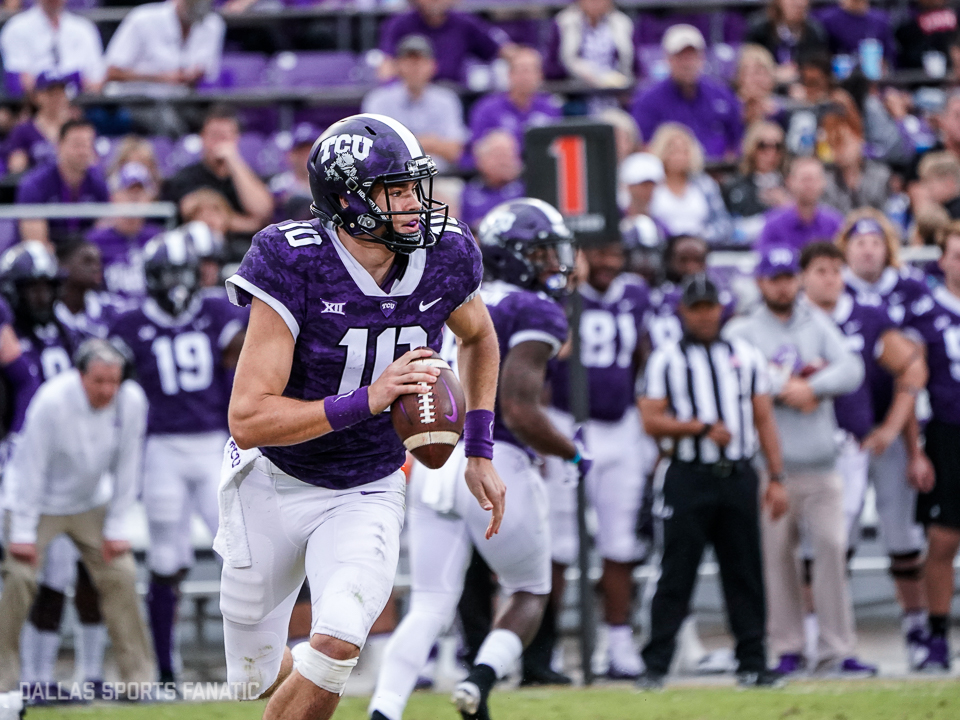 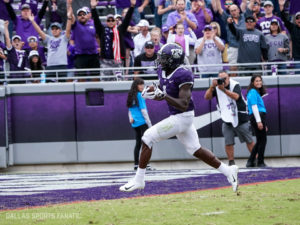 Sophomore quarterback and Penn transfer Michael Collins finished 17-33 with 218 yards and a TD throw in what was a gutsy performance for has been a struggling offense.

The scoring stared early as TCU (4-5, 2-4 Big 12) struck first on a 4-yard TD run on a tailback toss to the left side that saw junior Darius Anderson scamper in for his second touchdown of 2018. The score came less than three minutes after the opening kickoff.

Then, after trading punts for both offenses, Kansas State (3-6, 1-5 Big 12) answered with 4:05 left in the first quarter. The score came off a 2nd and 12 from the TCU 21 when junior quarterback Alex Delton found Mansfield native Malik Knowles across the middle for the freshman’s first collegiate touchdown. Also, the game was tied up at 7-7.

However, the most frustrating part about the TCU defense allowing the Wildcats score was there was a 4th and 1 early in the drive where the Frogs jumped early and allowed for a drive-continuing 5-yard penalty.

For the remainder of the first half and into the third quarter the scoring seized, and the defenses clamped down. 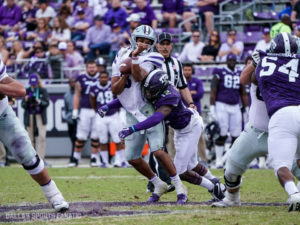 Late in the third quarter, on what was almost a busted play, TCU was able to break the tie. Initially the snap was dropped by Collins, who was able to remain calm and pick up the loose football without falling on the turf.

Collins looked up and saw Waxahachie native Jalen Raegor with one-on-one coverage to the right side. He delivered an underthrown ball, but the sophomore wide-out was able to adjust back to it and make the grab. The adjustment allowed for some extra space for Raegor, which was all he needed to score on the 67-yard TD throw.

Once again, after the score, the two sides traded punts before the Wildcats were able to string together a methodical drive that ended in a one yard QB run from Delton to pull the ‘Cats to within a PAT of tying the game at 14.

Up walked Blake Lynch, sophomore kicker who had never missed a PAT in his Kansas State football career. But that streak snapped when Lynch shanked the game tying extra point attempt wide-left, keeping TCU on top 14-13. 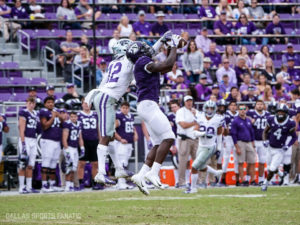 The Wildcats had their chances late, but the TCU defense was too much. And with a stop on 4th and 21 with just under 90-seconds remaining, the Frogs locked up their first win since September.

The victory for TCU avoids a four-game losing streak and instead moves the Frogs to 4-5 overall and 2-4 in Big 12 play. Kansas State on the other hand falls to 3-6 overall and 1-5 in conference play.

TCU will have another tough test next Saturday, Nov 10, as the Frogs travel to Morgantown, WV to face the West Virginia Mountaineers. Kansas State will face Kansas the same day at 11am back In Manhattan, KS as both teams look to avoid falling to 1-6 in conference play.