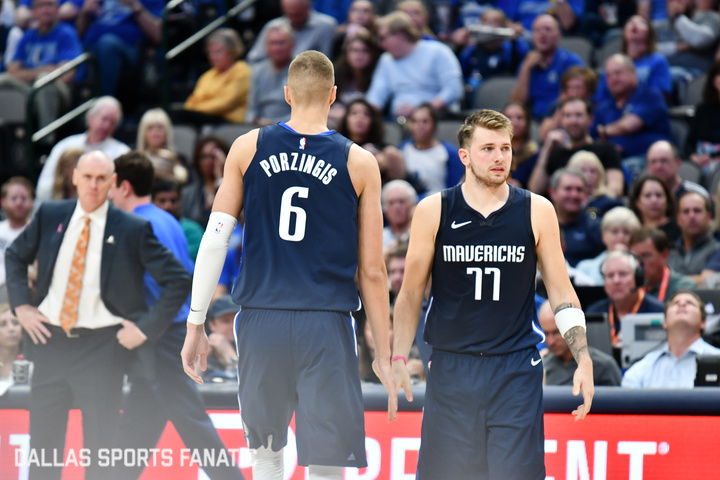 Nerves or excitement? The feeling inside the Mavs locker room before the season opener

Nerves or excitement? The feeling inside the Mavs locker room before the season opener

Remember that night before the first day of school? You know, that butterfly feeling you get in your stomach when setting out your fresh outfit and your crisp new pair of shoes for the first day? You know, when you keep waking up throughout the night thinking you’re going to oversleep and miss your alarm?

Yeah, the first game of the NBA season is a lot like that.

Whether it’s nerves, jitters, anxiety, or just plain excitement; you feel it.

Guys like Justin Jackson and Dorian Finney-Smith, it was well, kind of just another game. “I’d say more excitement. We’ve been doing this our entire lives. A lot of adrenaline and excitement, energy for the very first one but it’s just like every other 82 games,” Jackson said. As for Finney-Smith, “A little bit of both but it’s normal. Just back to business. Business as usual.”

It was a little different of a situation for Seth Curry, being that this is his second stint with the Mavericks but no nerves for the former Duke Blue Devil in his first action back in a Mavericks uniform. “All excitement, man. All excitement. Ready to get back out there on the floor and get to it.”

For rookie Isaiah Roby, you may think the nerves or pregame jitters would set in before his first career game but for the Nebraska product, it was just another game. “I feel like it’s definitely different from my first college basketball game. My first college game, I was very nervous. Right now, I don’t feel that,” Roby said pregame. “I think that a lot of preparation helps with that nervousness and starting to feel confident so I’m feeling good right now.”

Most notably, Kristaps Porzingis, who had been sidelined for 19 months as he rehabbed his torn ACL and has routinely voiced his eagerness to get back onto the court, said his stomach was butterfly free. “Not really, not really. Just focused on the game plan. Excited to be back out there finally, officially,” Porzingis said on his feelings before his first game back. “I feel good. I’m ready to go.”

Overall, not many nerves or jitters for the Mavs prior to tip-off. Hell, I probably had more butterflies in my stomach than these guys. Those pregame introductions? Chills. Goosebumps. Followed by that performance by Luka and KP in their first regular season action together? Yeah, the players were right; this is going to be an exciting season.