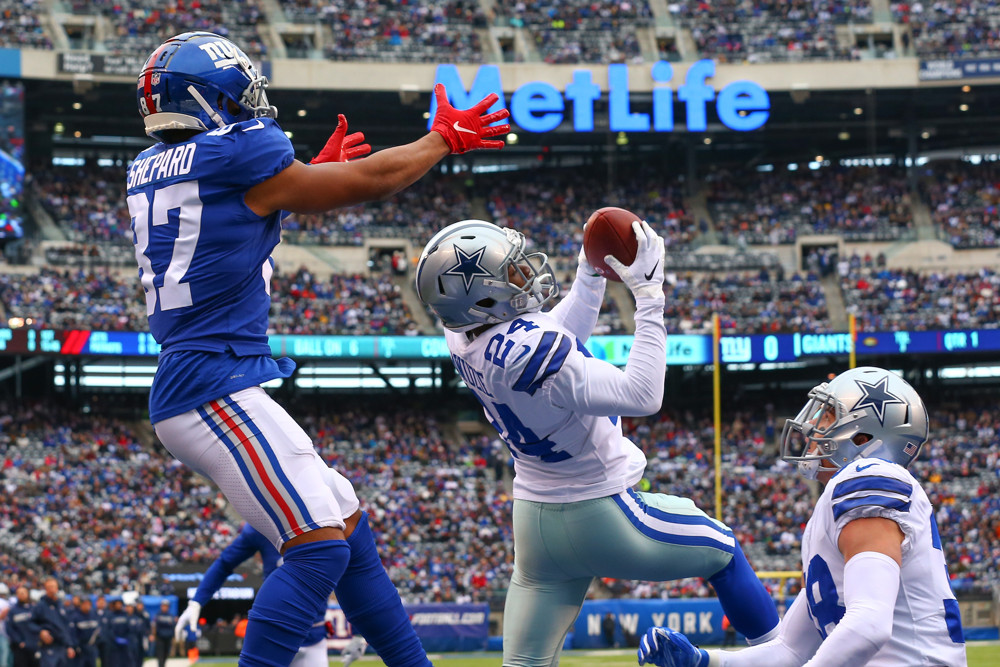 The Philadelphia Eagles will enter the 2020 season as the defending NFC East champions.  There hasn’t been a repeat NFC East champion since 2004 when the Eagles finished off their 4th straight division title.

I want to take a look around the NFC East and see where the teams stack up and how each team has done to this point in the offseason now that the draft is complete and there’s a little less than three months until teams are scheduled to report to training camp.

There are two main factors that I’m grading for each team and those factors are:

The Eagles won the division last year with a 9-7 record and were quickly bounced in the Wild card round of the playoffs by the Seattle Seahawks.

At the end of the 2019 season, the Eagles had major holes at receiver and in the secondary. They have been able to address both of those situations, but their biggest acquisition was cornerback Darius Slay. After trading for him, they were able to sign Slay to a three-year contract extension that will keep him in Philly through the 2023 season.

This grade could improve if they can land Jadeveon Clowney, who they are rumored to still be interested in.

It was very clear what the Eagles were going after in the draft and that was the receiver position. Out of their 10 picks, they took three receivers and traded for another one (Marquise Goodwin) during the draft.

The biggest “what in the world” pick happened in the 2nd round when they took quarterback Jalen Hurts. That will be an interesting follow throughout the next few years with the injury history of Carson Wentz and how Philadelphia fans treat their players the moment something goes wrong. Keep in mind, Wentz signed a four-year contract extension last season.

The Eagles are expecting to repeat as division champions and make noise in the playoffs.

The Dallas Cowboys finished 8-8 and missed the playoffs in 2019. That led to the firing of Jason Garrett being fired after 10 seasons in Dallas and multiple other coaching changes.

While the Cowboys still didn’t play at the very top of the market in free agency, they have spent more money this offseason on outside free agents than they have in the previous three off-seasons combined.

The one thing that keeps this offseason from being an A at this point is the Dak Prescott deal still not being done. It was great to see the team finally address the backup quarterback position.

On paper, this looks like one of the more impressive drafts the Cowboys have had in recent years. They were able to improve an already pretty good offense with what I think is the best receiver (Ceedee Lamb) in the draft.

Getting Bradle Anae with the last pick of the 5th round might be my favorite pick behind getting Lamb.

Bold prediction: Ceedee Lamb will be the best receiver on the team within two years. (That’s not a knock on Amari Cooper or Michael Gallup)

Even with an unusual offseason and a lot of new faces on the coaching staff, the Cowboys will be competing with the Eagles again for the division.

The New York Giants finished the 2019 season 4-12 and missed the playoffs for the third straight season. Joe Judge is the new Giants head coach and he has a lot of familiar faces alongside him on the coaching staff, most notably Jason Garrett.

The Giants haven’t made any “splash” signings this offseason. Their biggest “loss” would be Eli Manning retiring and he wasn’t the starting quarterback.

The Giants offensive line has been a weakness for years and it appears they ent out of their way to address that issue in the draft. They drafted two offensive tackles (Andrew Thomas and Matt Peart) within the first three rounds and a guard (Shane Lemieux) in the fifth round.

A year after losing Landon Collins in free agency, they found his replacement taking Xavier McKinney in the 2nd round.

Looking at the offseason the Giants have had, 2020 is about growth from second-year quarterback Daniel Jones and building up their program to be able to compete within 2-3 years.

I think Garrett has his fingerprints all over this team even though he isn’t the head coach….yet. I think that is coming within a couple of seasons.

The Washington redskins missed the playoffs for the fourth straight season with a 3-13 record.

The Redskins have been busy this offseason under new head coach Ron Rivera. They have continued to add to the defense, even with the loss of Josh Norman and trading CB Quinton Dunbar.

It’s hard to mess up a draft where you draft the best overall player (EDGE, Chase Young) in the draft.

Their best pick after that came in the 4th round when they added receiver Antonio Gandy-Golden. Antonio is around 2-3 talent in any other year where the receiver class isn’t a deep as the 2020 class.

Washington isn’t far off from becoming relevant again. They have a defense that will cause problems and has added some offensive talent over the past couple of off-seasons.

The quarterback position is what is keeping them from being serious division contenders, which is why I’m a bit surprised they haven’t brought in Cam Newton. If they made that move and Newton was healthy, I think they could put a lot of pressure on Philadelphia and Dallas.