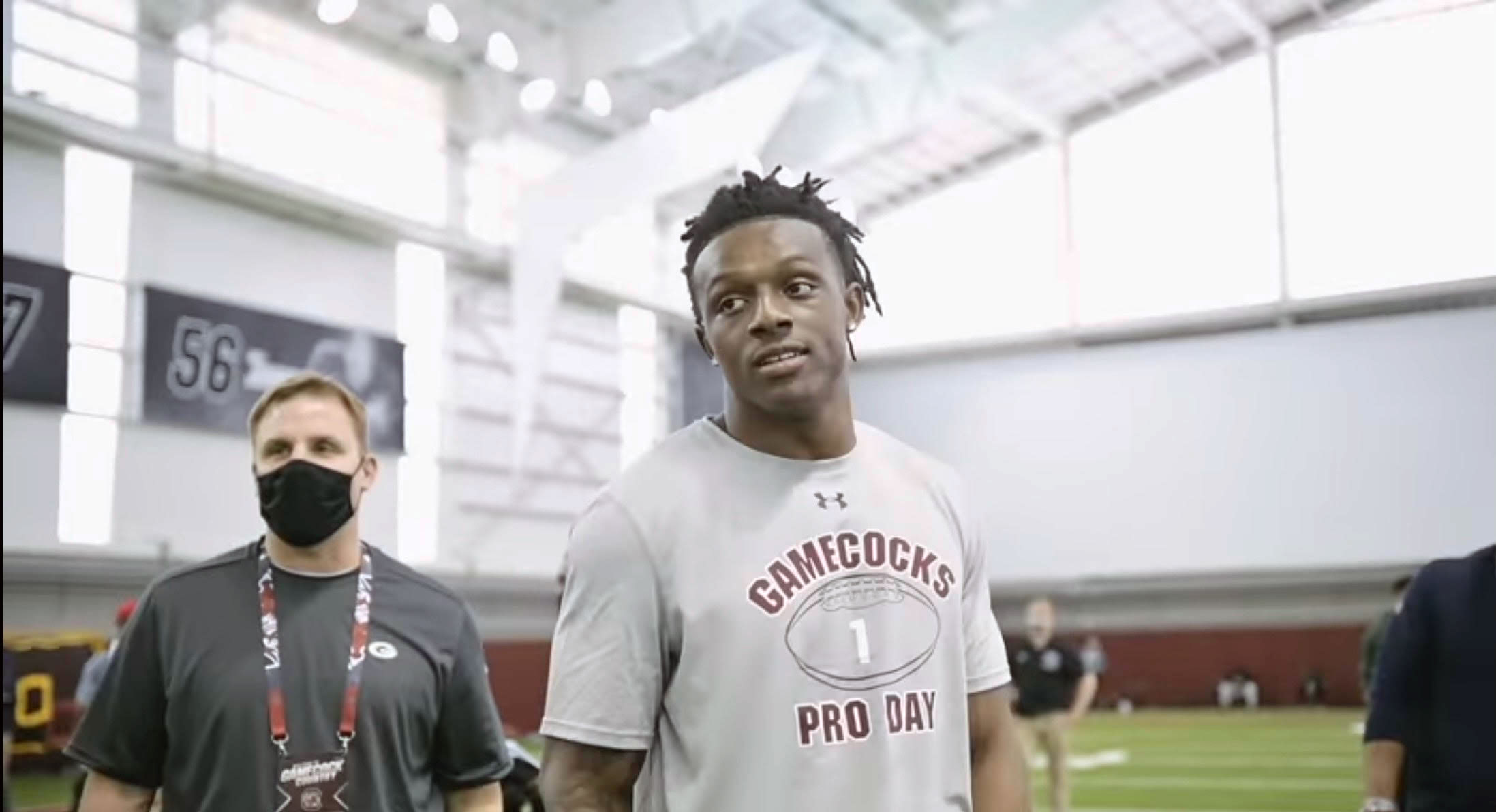 NFL Draft: Should Jaycee Horn be the favorite over Surtain?

NFL Draft: Should Jaycee Horn be the favorite over Surtain?

The 2021 NFL draft is less than a week away and the NFL draft experts are putting their final touches on scouting reports, mock drafts and analysis of these future NFL players.

Research any mock draft that involves the Dallas Cowboys and you’ll get the overall consensus sides with them taking former Alabama corner Patrick Surtain II with the 10th overall pick. Even a few have Dallas trading back a few spots and still having him fall to them.

With the hiring of Dan Quinn, it seems Dallas has been paired with Surtain for months now – even with him being considered the top cornerback prospect in the daft.

Though Surtain offers the safest pick for Dallas who desperately needs help in their secondary, there is another defensive prospect who could be a lottery ticket waiting to happen.

Enter South Carolina’s Jaycee Horn. Horn scored a 10 RAS out of a possible 10.00. Relative Athletic Scores grade a player’s measurements on a 0 to 10 scale compared to their peer group.

Overall, Horn’s combination of athleticism and skill makes him an intriguing prospect heading into the draft.

Even the Gators star mentioned that there was one player that gave him some trouble. He told the Dallas Cowboys official website that South Carolina Gamecocks cornerback Jaycee Horn was his biggest individual challenge this season.

“I would say Jaycee Horn,” Pitts said in answering the question. “That was one of the best DBs (defensive backs) that I went against. It is someone that we are good friends. We compete a lot and you know, throughout the whole game that was someone that wouldn’t let up. … He has great fundamentals and great speed. So, you got to work to beat him.”

Pitts had 43 catches for 770 yards and 12 touchdowns last season. He recorded three games with 100 or more yards. Those games came against Alabama, Tennessee and Ole Miss during the SEC conference slate.

Things were different against South Carolina. Pitts hauled in just four catches for 57 yards in the contest. He did score two touchdowns, but his longest reception was just 20 yards. Given that Pitts averaged 17.9 yards per catch, the Gamecocks silenced him for stretches in the game.

Horn received National Defensive Player of the Week for his performance on October 18th last season.

He was targeted 10 times and intercepted two passes with five pass breakups in a 30-22 win over Auburn.

Horn appears to possibly have the higher ceiling than Surtain, but is it enough to warrant skipping over the best cornerback prospect in the draft?