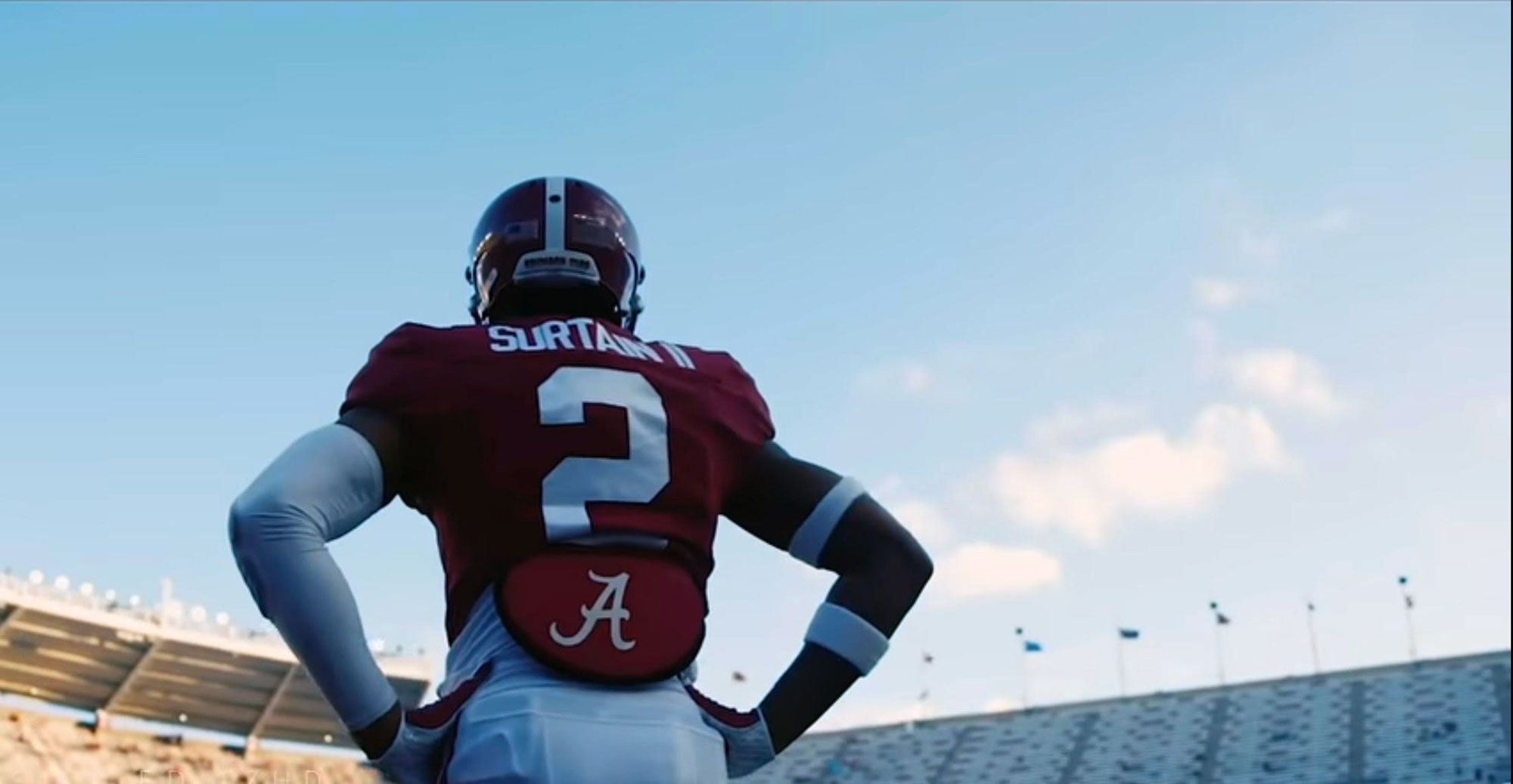 NFL Draft: What happened the last time Surtain, Diggs were a tandem?

NFL Draft: What happened the last time Surtain, Diggs were a tandem?

On April 29th, the Dallas Cowboys will have a chance to add a premium defensive piece to a unit that was sorely lacking in talent last season.

As we near the opening night of the draft, the majority of draft analysts believe it is too good of a match between former Alabama cornerback Patrick Surtain II and Dan Quinn for Dallas to pass up with the 10th overall selection.

Surtain would not only give Quinn his big physical corner, but reunite him with former Crimson Tide teammate Trevon Diggs.

The last time the two shared the field together they enjoyed a 35-16 win over Michigan in the Citrus Bowl.

That season they combined for five interceptions, 16 pass deflections and three fumble recovers. The defense they were apart of held quarterbacks to an average of 187.2 yards passing, a 56% completion rate and at least one interception per game.

Surtain has drawn interest from the Cowboys organization. According to Dallas Morning News reporter Michael Gehlken, Surtain would be excited to reunite with former Alabama teammate Trevon Diggs if selected by the Cowboys.

“(Trevon) Diggs, he’s my brother for life,” Surtain said. “Just lining up with him again, it would be a special feeling. …It’d just be like another day here in Alabama.”

The Cowboys selected Diggs in the second round of the 2020 NFL Draft. Diggs made appeared in 12 games (11 starts) for the Cowboys as a rookie. He recorded 58 tackles, three interceptions and 14 passes defended.

Diggs will likely lead the revamped Cowboys defense in 2021. The Cowboys hired Dan Quinn to be the defensive coordinator for the upcoming campaign. Quinn likes to use multiple cornerback schemes dating back to his days with the Seattle Seahawks and the Atlanta Falcons as a coach.

Surtain has the ability to play in any defensive alignment. He recorded 37 tackles, seven passes defended, one forced fumble and one interception last season. He allowed just 21 completions for 273 yards all season. In his Alabama career, Surtain has 111 total tackles and four interceptions.

Alabama head coach Nick Saban called him one of the most instinctive players that he has coached.