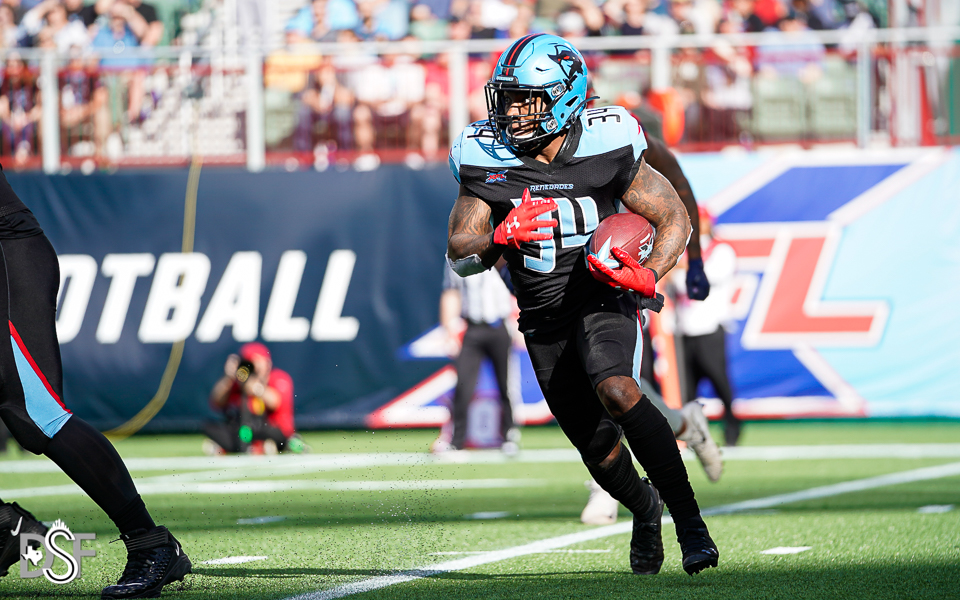 After a short -lived thriller season, the XFL has encouraged players to pursue employment with the NFL but the NFL just pumped the brakes.

In a memo distributed by the NFL, teams were notified “that they were not permitted to discuss possible employment with players under contract to the XFL,” per ProFootballTalk.

The XFL is open to to releasing players in contract so long as a “credible contractual offer” is made by either an NFL or CFL team. The league may be suspended, but it has not dissolved. Therefore XFL contracts will continue to honored and players will still receive their base pay and benefits.

The memo further explains that the leagues are working on an agreement that would allow the NFL to sign XFL players. While this policy might not last long, it still weighs on the minds of players who show promise in being promoted especially for those players who rely on the income and livelihood.

Update: The NFL told clubs tonight it “is working with the XFL to finalize procedures to permit NFL clubs to sign XFL players.” For now, NFL clubs remain prohibited from discussing employment with players under contract to the XFL, which ended its season because of COVID-19. https://t.co/jJFGyWVWHr

Unfortunately the XFL only made it though five weeks, but players like Josh Johnson (LA Wildcats,) P.J. Walker (Houston Roughnecks) and Jordan Ta’amu (St. Louis Battlehawks) will likely be picked up quickly once the leagues have reached a mutual agreement.