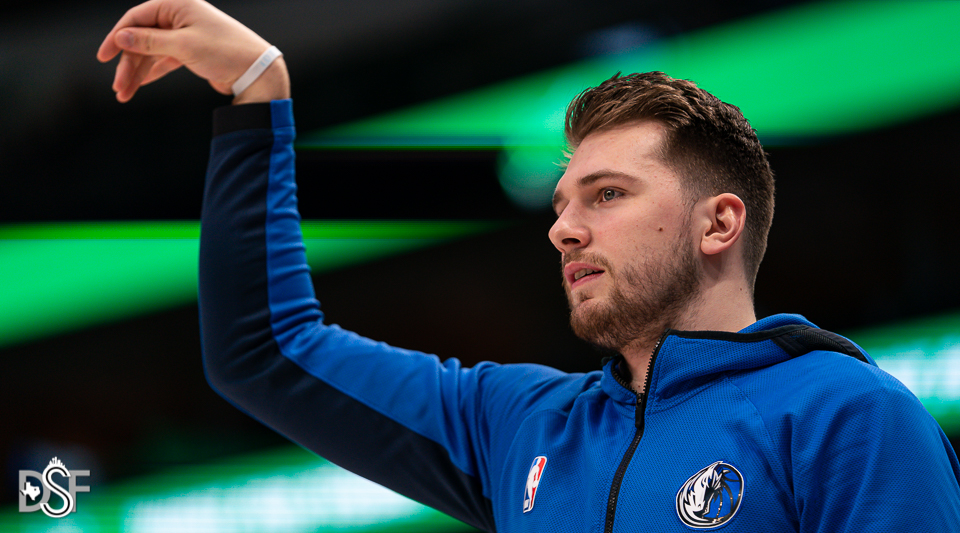 Although he’s less than two full seasons into his NBA career, there is no shortage of jaw-dropping passing highlights from Luka Doncic. You can bet on at least two incredible dimes per night, in addition to his elite scoring ability and ability to rack up rebounds with anyone else his size in the league.

The between-the-legs bounce pass that led to a Maxi Kleber dunk late in OT on Saturday night is probably the marquee pass of Luka’s NBA career so far. It passes the eyeball/sexy/sizzle test as just an incredible play. It came at a pivotal moment in a game (1:08 left in overtime with the Mavs only up 2). It was on national TV against a marquee opponent in the team with the league’s best record and the probably repeat league MVP in Giannis Antetokounmpo.

This pass by Luka 🤯 pic.twitter.com/B24eQya14S

It was an “OH MY GOD” jump off the couch type of moment and those are far from rare when talking about the 21-year-old Slovenian. As always, Luka didn’t want to hype up his own performance too much after a game.

“I don’t know what I did. I just did it. I didn’t think about it before, just in the moment.” Seems simple enough.

Mavs coach Rick Carlisle doesn’t go out of his way to heap praise on his own players, but he’s had no choice but to make an exception for Luka Doncic plenty of times through his first two seasons.

“He knows where everybody is, not only on offense, but defense. That’s the sign of a savant-type guy. I played with Larry Bird, he could see everything like that. I had the privilege of coaching Jason Kidd, he could see everything like that. Luka is in that same mold,” Carlisle said on Saturday night. Your coach comparing you to a two-time Finals MVP in Bird and one of the iconic Hall of Fame point guards in the history of the game in Kidd almost seems like selling Doncic at this point in his young career. Carlisle went on to fawn over the play itself.

“I clapped. I applauded. I thought it was phenomenal. The sign of a great player — a truly great player — is the ability to pull off something like that against a team like Milwaukee that gives up virtually zero in the paint, and that leads to an and-one… Luka is not only a great basketball player, he’s a great performer. I’d pay money to watch him play. I don’t say that about a lot of players, but he’s really special.”

Doncic’s teammates were nothing short of amazed with the play as well. Kristaps Porzingis said, “Unbelievable. Not only the way the pass was but also the moment in the game. To make that pass, to have the, what is a good word, the courage to do it, that’s just who he is.” The “courage” was a good way to put it instead of what might be said in the locker room, KP.

Some other notable reactions from around the NBA social media world on Saturday night:

If that wasn't the best game Luka Doncic has ever played, it was close. The list of better games than that, if it exists, is really short. Some of the best passing you will ever see — plus 36 points.