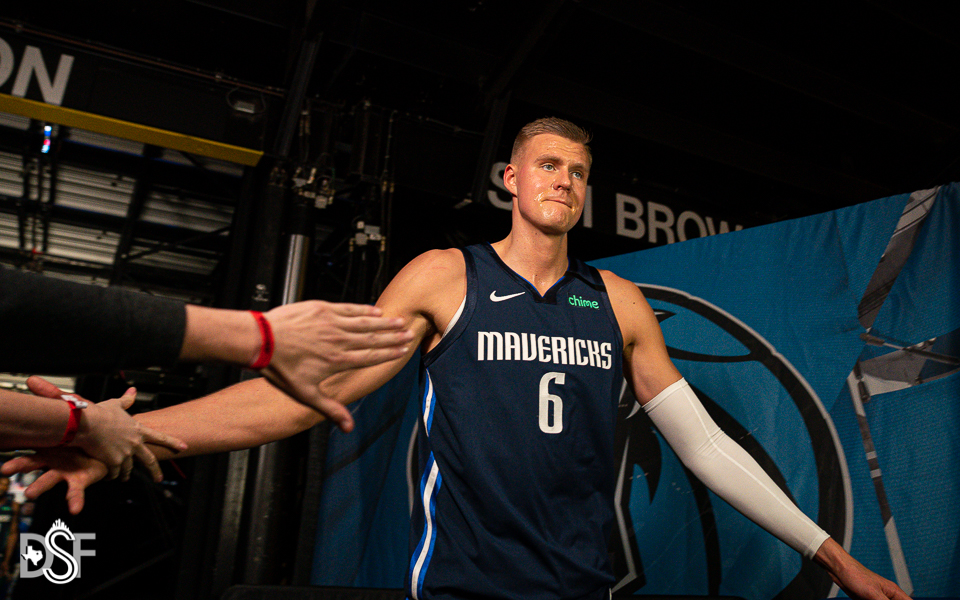 One year later, Mavs free agency signings of 2019 are proving their worth

One year later, Mavs free agency signings of 2019 are proving their worth

Usually around this time of the year, Mavs fans are soaking in countless Woj Bombs and seeing that most of them have hopeful free agent targets signing elsewhere. This July, basketball fans aren’t gobbling up free agency news, they’re gearing up for the league’s planned return to action following a four-month hiatus after COVID-19 halted the season in March. Last summer, the Mavericks began their offseason gearing up for a pursuit of Kemba Walker along with re-signing Kristaps Porzingis. Instead, they re-signed Porzingis right off the bat and opted for retaining other quality role players along with adding a few new ones on modest deals.

After 67 games in the 2019-2020 season, it’s clear that the Mavericks’ depth has been insanely important behind the superstar efforts of Luka Doncic and the steady improvement of Porzingis as he worked his way back from an ACL injury. Six of the eight players who have played the most minutes for Dallas this season were inked to deals last summer, with just Doncic and Tim Hardaway Jr. being the exceptions.

Porzingis is the one player of the bunch signed last summer who had a “mega” contract with an average annual salary of $31.7 million through the 2023-2024 season. There was mild reason for concern when he started out the season slowly while scoring around 16 points per game on 39% shooting in November. A lingering knee injury kept him out for most of January, but he found his groove as the team’s number one option while Luka Doncic nursed an injury in February. Porzingis averaged 25 points and 11 rebounds in February while shooting a lights out 40% from deep. It was exactly what fans imagined whenever the team acquired him back in early 2019.

With a four month break and back-to-backs essentially off the table once the team gets into the playoffs, KP should be ready to go without limitations once this season gets going again. With it being his first time in the playoffs, surely he’ll be ready to shine under the bright lights.

Truly one of the better kept secrets in the league, Kleber’s deal is an absolute bargain. Playing a career high 26 minutes per game, Kleber’s sneaky athleticism, strong defense and quality spot-up shooting have been absolutely key to both ends of the court for the Mavericks this season.

Kleber will never be a go-to scoring option for the Mavericks, but with his great instincts for spacing the floor and timing his jumps perfectly on the defensive end, he can be a key contributor in the NBA for years to come. Dallas will have him under contract through his age 30 season with a salary never getting over $9 million in a season.

Curry returned to the Mavericks last summer and earned the first long-term deal of his career. Thanks to the journeyman status of his first several seasons in the league, Curry is surprisingly already 29. With a four-year deal and an elite shooting stroke, he shouldn’t have to sweat having an NBA gig for a long time. Curry’s 24.5 minutes per game seem pretty low and that’s because his role on the team has certainly fluctuated throughout the season. Somewhat yo-yo-ing between being a starter and coming off the bench (20 games as a starter and 40 as a reserve), Curry has contributed steadily in either role. After just 20.7 minutes per game in November, Curry’s shooting has become too good for Rick Carlisle to pass up as he made it all the way up to 30.8 minutes per game in 10 February contests.

this is how donnie nelson sees the mavericks' depth chart right now, with the rotation in bold.

i wrote about everything he and carlisle said here: https://t.co/v3SrdfH6ti pic.twitter.com/4bFBg4V7tY

With it seeming like Curry will be in the starting lineup for good once the season resumes later this month, having a starter who shoots 45% from deep signed for just $8 million over the next three seasons is a pretty great deal for the Mavericks.

Despite having one of the least attention-grabbing styles of play on the team, the stats indicate the once undrafted free agent Finney-Smith is absolutely essential to the Mavericks’ success this season. The 6-7 wing leads the team in offensive rebounding thanks to his timely putbacks and has managed to improve his shooting to a career high 37% from beyond the arc this season. On defense, Finney-Smith is frequently on the opposing team’s best player and is a vocal leader while calling out assignments for teammates.

It’s easy for Rick Carlisle to lean on Finney-Smith as much as he does since he always knows he can count on 110% effort and an absolutely level-headed approach to his time on the floor. He’s earned the trust from his coaches, the respect from his teammates and the love of Mavericks fans everywhere. Signed for the next two seasons at just $4 million per year, Finney-Smith certainly is providing a ton of bang for not so many bucks.

While Delon Wright’s role has fluctuated throughout the season and his stats may not jump out at you, he’s tied for fourth on the team in win shares with the likes of Kristaps Porzingis and Seth Curry. He will be leaned upon heavily in Orlando with Jalen Brunson and Courtney Lee out due to injuries. With a modest salary of $9 million over the next two seasons, the Mavericks won’t have anything close to buyer’s remorse on Wright’s deal.

Boban Marjanovic may have had a career night back on the insane night of March 11th with 31 points and 17 rebounds, but he has played sparingly for the most part this season. Dallas can’t lean on him too much because of the physical limitations that come with being 7-3 and 290 pounds, but he’ll be one of just two players over 6-8 on the roster (Porzingis) and will likely play more than the 9.1 minutes per game he averaged through the first 67 games of the season. Signed to a two-year/$7 million contract last summer, any major contributions from Marjanovic are essentially gravy.

After his horrific, season-ending Achilles injury in January, the long-term value of Dwight Powell’s three-year/$33 million extension certainly looks the foggiest of any deal the Mavericks made in July 2019. Powell has made his mark as an elite lob threat in the pick-and-roll over the last few seasons. The long-term recovery from an Achilles injury is likely to take a bit of his bounce away, so it remains to be seen if this stands out as much of a bargain as these other deals. Even if he’s limited in his return to action, a salary of $11.8 million in the 2022-2023 season isn’t going to just crush the Mavericks’ cap sheet.

With just J.J. Barea and Courtney Lee as the only truly notable pending free agents this fall (feels weird saying that when talking about NBA free agency), there likely won’t be as many deals crafted by Donnie Nelson and the Mavs front office this year.  The free agency deals they signed last summer have all proved to be incredibly valuable for on-court contributions and definitely seem to be modest enough to include as parts of future trades. The summer of 2019 will certainly go down as one of the most important and impressive summers in Mavs recent history.