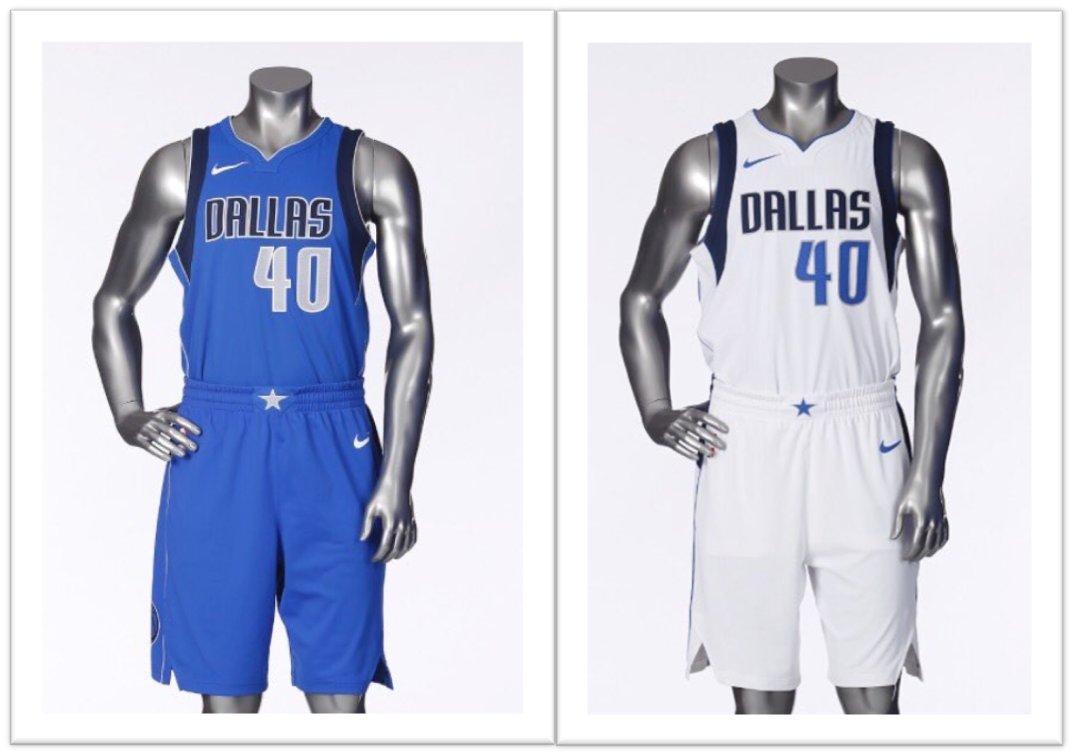 On Friday, the Dallas Mavericks revealed their new uniforms as a part the league’s eight-year agreement with Nike, the new official uniform apparel company.

In July, Nike announced a minor tweak in jersey designations for the upcoming season:

The NBA is eliminating “Home” and “Road” uniform designations as it begins its partnership with Nike. Beginning with the 2017-18 season, home teams will pick which of their uniforms will be worn at all home games and visiting teams will choose a contrasting uniform within their own assortment.

Instead of home-and-away jerseys, the NBA and Nike have worked together to form a core uniform package for each of the 30 teams in the league “which draw from the rich heritage of the NBA and its respective franchises.”

Check out the Mavs new threads, the “Association Edition” and the “Icon Edition” below featuring a new, sleeker shade of Mavs blue.

According to Earl K. Sneed of Mavs.com, the team will reveal a “Statement Edition” and “City Edition” before the end of the 2017-18 NBA Regular season.

Title-winning teams have a gold patch on the neck showing how many trophies they've won. Shorts were changed a bit as well. pic.twitter.com/oNWNtc3Iuq

Some slight changes to the #Mavs unis – You like? #MavsNation #MFFL pic.twitter.com/LOOABArfon

The back shoulder of the new jersey has changed pretty significantly in an effort to increase mobility. pic.twitter.com/OPAi7JVwQx