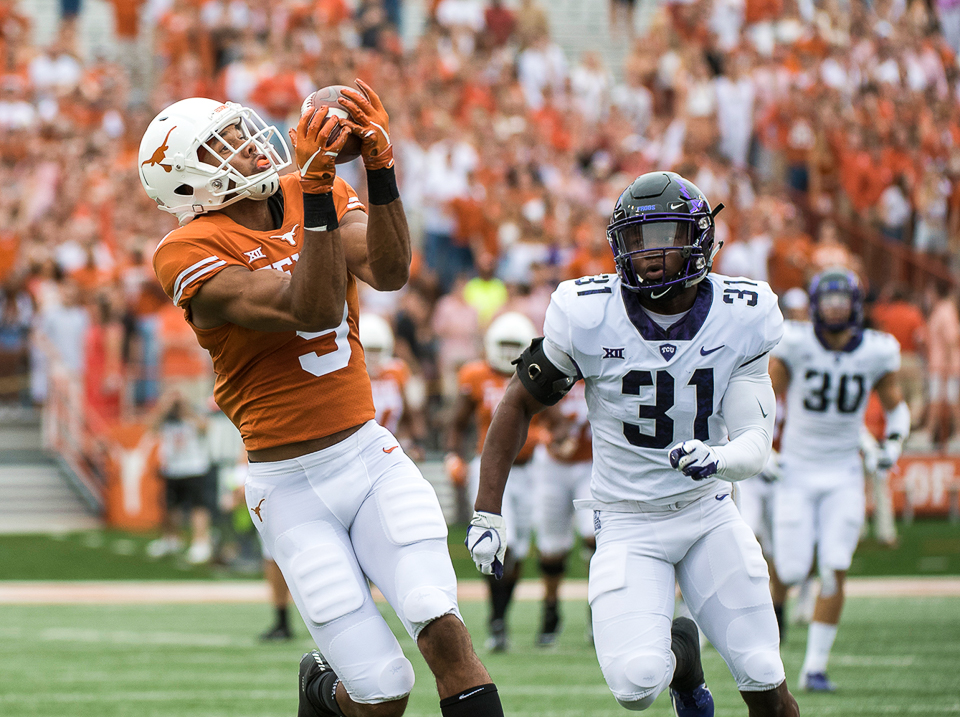 AUSTIN, Texas — The University of Texas (3-1, 1-0) defeated the No. 17 TCU Horned Frogs (2-2, 0-1) 31-16 on Saturday at Darrell K Royal – Texas Memorial Stadium. Once again, defense was the tale of the tape for Texas as the Longhorns forced four TCU turnovers, including two interceptions by true freshman Caden Sterns and an interception and a fumble recovery by junior Brandon Jones. The Texas victory snaps a four-game losing streak against the Horned Frogs and marks UT’s first three-game winning streak since 2014.

UP NEXT
Texas will travel to the Bill Snyder Family Football Stadium for their matchup next Saturday against the Kansas State Wildcats. The game between the Longhorns and the Wildcats will kickoff at 2:30 p.m. CT and be televised on FS1.