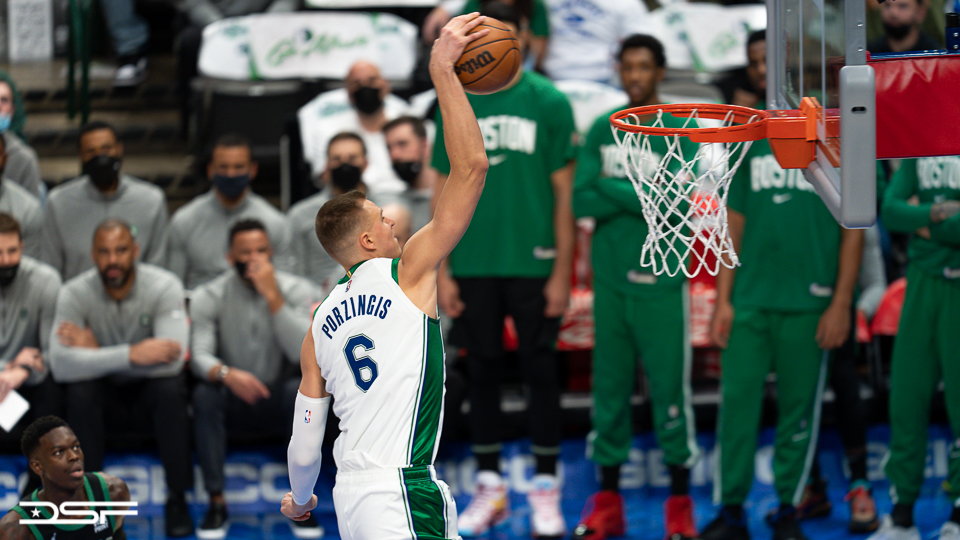 The Dallas Mavericks defeated the Denver Nuggets on Monday night, 111-101, to win their ninth game of the season.

Denver held a slight lead heading into the fourth quarter but it was the Mavericks who made a run, outscoring the Nuggets 32-18 in the final 12 minutes to claim the victory.

The Mavericks were led by Kristaps Porzingis who finished who 29 points, 11 rebounds, 3 assists, 2 steals, and 1 block on 11-of-20 shooting from the floor and 5-of-8 from downtown.

Over the last two games, Kristaps Porzingis’ time spent playing the five has increased as Dwight Powell’s minutes have taken a hit, which have both been positives for the team. KP playing the five seems to be the best option for the makeup of this roster, which most people have figured for some time now.

Luka Doncic finished with 23 points, 8 rebounds, and 11 assists before leaving the game in the final minute after rolling his ankle.

What stood out for the Mavericks in Monday’s victory was the lineup that helped lead the fourth quarter run. That lineup consisted of Jalen Brunson, Frank Ntilikina, Tim Hardaway Jr., Reggie Bullock, and Dorian Finney-Smith. That’s a small lineup that we haven’t seen with this Mavericks group, and it was deemed successful in last night’s win.

Along with Porzingis playing more at the five, possibly we’ll see more true small ball lineups like this from now on.

The Mavericks hit the road to take on the Suns on Wednesday night on ESPN.