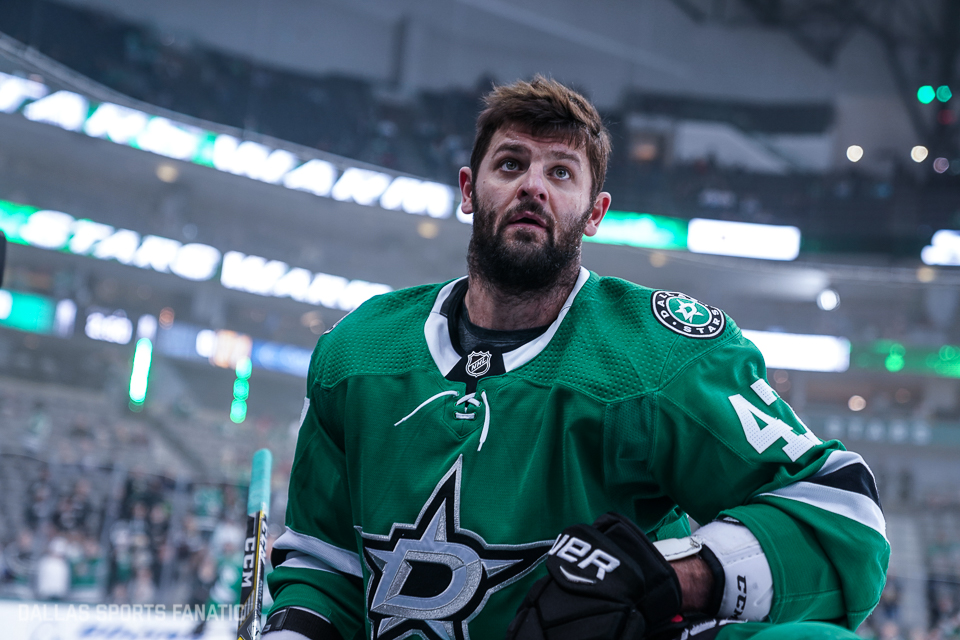 Securing their place in the Stanley Cup Playoffs

The Stars made a statement Tuesday night against the Flyers, with an emphatic 6-2 win at home.  This is the first time that the Stars have made the Playoffs since the 2015-2016 campaign.

Anton Khudobin made 32 of 34 saves, and Alexander Radulov had a team high two goals and two assists for four points on the night.  Mats Zuccarello also got an assist in his first game back since he was injured during his first game as a Star.

Dallas is getting hot, heading into the playoffs, which can lead to long runs.  If the Stars net minders can continue to play as well as they did during the regular season, anything is possible for this team.

If the playoffs were to start today, Dallas would be matched up against the Winnipeg Jets.  The Stars have certainly performed well against Winnipeg this year.  Throughout the course of the regular season, they won three games and lost one.

Dallas goalies would need to continue their stellar play against the likes of Patrik Laine, Blake Wheeler, Mark Scheifle, and Kyle Connor should they meet in the first round.  The Jets currently sit at 6th in the NHL in goals for, and 16th in goals against, so one could make the argument they’re more of a front loaded team.

The young Stars defense will certainly be tested in the first round and will need to come up huge against the titans of the Central to avoid a first round exit.  A big key to that type of success would have to involve quick puck movement, as to avoid the dominating physical game that Winnipeg loves to play.

The other potential match up that the Stars have on their hands in Nashville.  They did not fare quite as well, going 2-1-2 against the Predators, losing two games in overtime.

The Stars are going to need their superstar forwards to be spectacular to make it past the Preds defense in the first round.  Nashville is only 19th in goals for, but they’re stacked on the back end, currently sitting at 28th in goals against.  Boston, Dallas, and the New York Islanders are the only three teams with less goals against on the year.

Jamie Benn, Tyler Seguin, and Alexander Radulov will need to be huge, playing against arguably the best defensive core in the league.  Led by captain Roman Josi, the Predators defense also contains the likes of Ryan Ellis, P.K. Subban, and Mattias Ekholm.  Not only can these guys be shut down players, they can also move the puck well and put goals on the board.

Neither of these teams will offer an easy stepping stone to the second round, however, anything is possible in playoff hockey.  Dallas has two more games to play this year, both against teams that are out of the playoff hunt.  This can be a good and bad thing.

You never want to be in a position where you’re coasting into the playoffs.  Lackadaisical attitudes typically lead to sloppy games, and teams need to come into the post season with a spark if they want a chance of being successful.

At the same time, playing against teams not in the hunt can be good, as there is not as high of a risk of injuries.  This time of the year, games start to take on a playoff atmosphere, and if the Stars were battling with one of these teams for a position, it could get rough and tumble out there pretty quickly.

With two games to play in the regular season, Dallas will know who they’re playing by the end of the week.