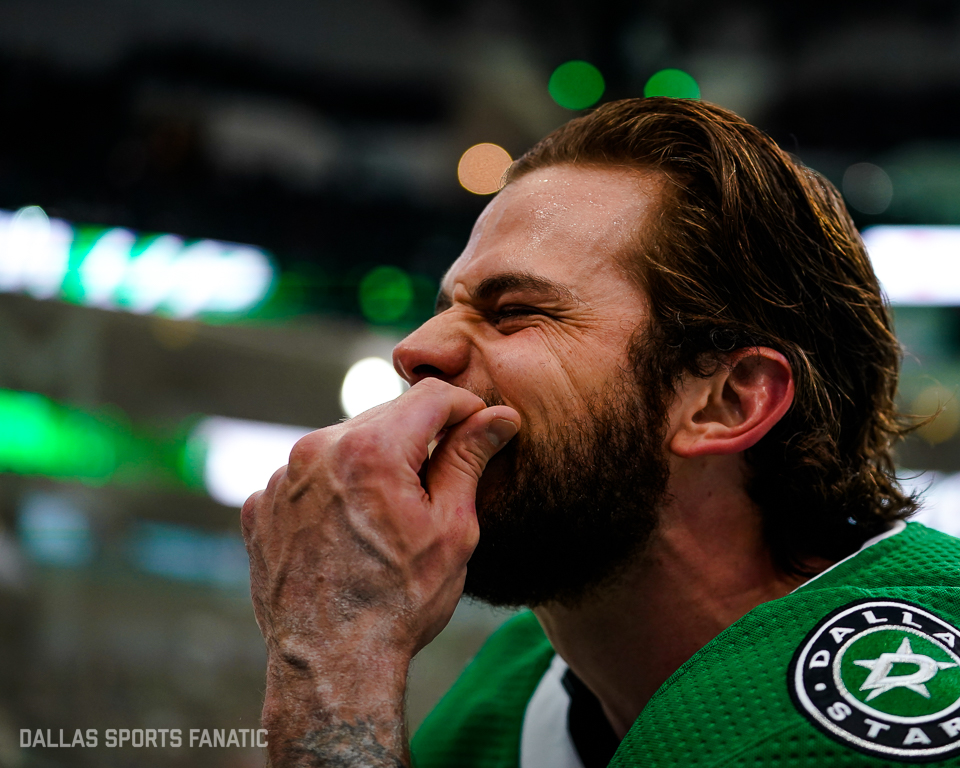 Dallas went into Tuesday night against a familiar foe in the Nashville Predators.  The rivalry between the two strong arms of the south has intensified over the years and has never been more apparent than now.

The Stars had gone 2-0-2 against the Predators this year, with both of their losses coming in overtime.  This was the fifth of five meetings between squads.

The two teams are posed to meet at the 2020 Bridgestone NHL Winter Classic on New Years’ Day.

The game started off heavy, as Jamie Benn and P.K. Subban went straight for each other’s throats.  Tensions flaring, play intensified, being more and more physical, and the crowd at American Airlines Center was thoroughly enjoying it.

A two minute tripping penalty to Roman Polak gave the Preds their first power play of the game.  Nashville came into the game ranked 26th with a man up.

Brian Boyle took a late check on Tyler Seguin after an outstanding short handed chance, that planted number 91 to the ice.  Boyle then followed the odd man rush down the ice and batted in a rebound, for his 15th goal of the season.  “REF YOU SUCK” chants ensued…

With just over two minutes remaining in the period, none other than Brian Boyle would pick up a holding call.   Dallas would be unable to capitalize on the opportunity before the period ended 1-0 in favor of the Preds.

The momentum had swung in Nashville’s favor.  However, just over three minutes into the period, Jason Spezza was able to net his seventh goal of the year, after 18 games goalless.

Khudobin continued making big save after big save, but Rocco Grimaldi would make a nice move on a breakaway, to put Nashville back up to a one goal advantage.

A late period penalty to former Star, Dan Hamhuis, would result in a power play goal for Dallas, tying the game at two a piece.  Less than 30 seconds later, the Stars would put another puck in the net, giving them the one goal advantage.

Then, less then 10 seconds after the fifth goal of the game, the Predators would win the face off at center ice, go down, and tie the game at three goals a piece.  The crowd was quickly silenced.

After a volatile and turbulent period, the score was tied at three.

Tension mounted as the third period progressed on, but it would be Nashville to break the tie.  A late Dallas surge would not prove to be enough.  Nashville would end the game with an empty netter, 5-3.

This is one of those games a lot of homers will try and blame on the refs.  Multiple times throughout the night, you’d see a Stars player, on their knees, looking towards the ref.  A late plea to the ref, rarely if ever, results in a new call and the game has to be won with or without the help of the refs.

Anton Khudobin played like an absolutely machine.  Whenever you allow as many shots from the hash marks as the Stars allowed, you have to be accepting and pleased with any type of save percentage over .900.  Khudobin made some huge saves tonight, however, it would not be enough.  Pekka played quite similarly, matching energies, and came away with the win.

The Stars need to rebound back against a red hot Blues team, that has recently overtaken the third seed in the Central.  They’ll be in Dallas on Thursday.