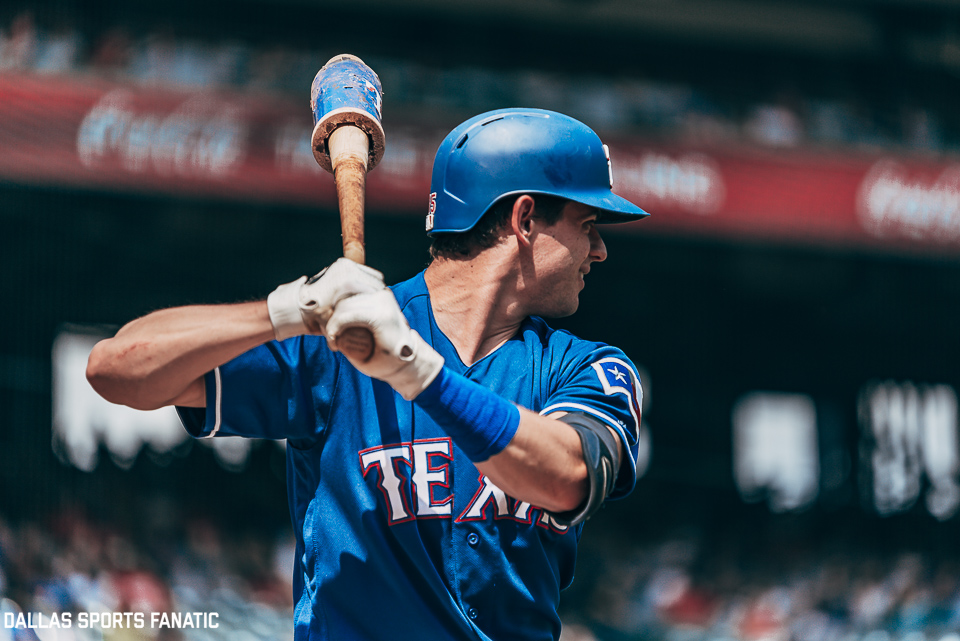 We move away from the hill to the infield to look at how the Rangers may stack up in 2021. The Rangers announced a few changes within the past month to somewhat solidify how the club looks in the next upcoming months. However, a few more questions have surfaced, but the infield seems slightly clear. Let’s look at all five positions around the diamond.

First base is the most intriguing one. The club traded for Nate Lowe last month and he shot immediately to the top of the Rangers’ depth chart at first base. I’m not sure if the news broke to Ronald Guzman or what, but Guzman showcased an incredible season down in the Dominican this winter, including an MVP award. Where does this leave the first base discussion? Well, the Rangers could do two things: They could let Spring Training play out and have each fight for their spot, or the Rangers could use Guzman’s Dominican MVP to their advantage and look for a trade partner. Remember, Guzman is out of options.

Does Guzy have a shot at winning first base? According to Chris Woodward, of course, he can. “[Guzy] can absolutely come in and win a job. I’m not saying he’s going to push away Nate Lowe. There’s a way we can get both of them in there if they are both performing at a really high level,” Woody said. This one is 50/50 because I don’t know how Guzman will perform this Spring. For now, I think Guzy has more to prove, so Nate Lowe is the current front runner.

Typically everyone groans and moans because Rougned Odor is the main man at second with little to no competition, and we all go berserk because of this. Well, it’s not cut and dry anymore. Odor still has a chance, but he has to earn it for the first time in a while. The outfield arrangement looks like it’s in place (we’ll get to that later), which means Nick Solak will be back to second base. Right now, Solak is the front runner, and the only thing that will dethrone Solak is if Odor puts on a clinic during Spring Training. Jon Daniels told Odor and Elvis Andrus to prepare to play other spots. With Solak’s okay 2020, he’s right now the main man at second, but Odor still has a chance (cue the groans).

The easiest one considering Chris Woodward already stated Isiah Kiner-Falefa is the Rangers’ starting shortstop. Look for Elvis Andrus to play there when IKF has a day off or is at DH. Unless Texas makes some ridiculous trade for a shortstop and Isiah moves to third, expect Kiner-Falefa to remain at short. He may get a few reps at third, but that’s it. “[IKF is] a natural shortstop. He’s always been a plus defender,” Jon Daniels said.

We all know that Josh Jung is the club’s future third baseman. However, he’s not quite ready for the big show, so does this mean that Odor or Elvis share time at third base? Well, it’s not out of the realm of possibility, and the Rangers may sign another one-year free-agent deal. I’ll be honest, right now, expect Elvis or Odor to get reps during Spring Training. Since I have to make a pick for predictions, I’ll go with Elvis Andrus (but set my confidence level to 2 out of 10).

Catcher prediction is easy for the Rangers. Jose Trevino is your starting catcher on Opening Day in Kansas City. The club just signed long time veteran Drew Butera on Tuesday. Butera’s contract is to a minor league deal, but I would expect him to be the backup to Trevino to pave the way for Sam Huff (plus he has an incentive in his contract). Expect Huff to start the year in AA unless minor league season is a no-go.

#Rangers have signed C Drew Butera to a minor league deal w/ a Spring Training invite. Butera has been in the big leagues since 2010 w/ MIN, LAD, LAA, KC, and COL.

Butera's defensive WAR has been 0 or above in each of his last 3 seasons.

One thing I’m looking forward to in Spring Training is the job battle going on. Again, a few free-agent deals could be in the mix but look for small one-year deals and a possible veteran third base if anything. Oh and Jose Trevino has a message for everyone out there:

Ok I have to get this out there…