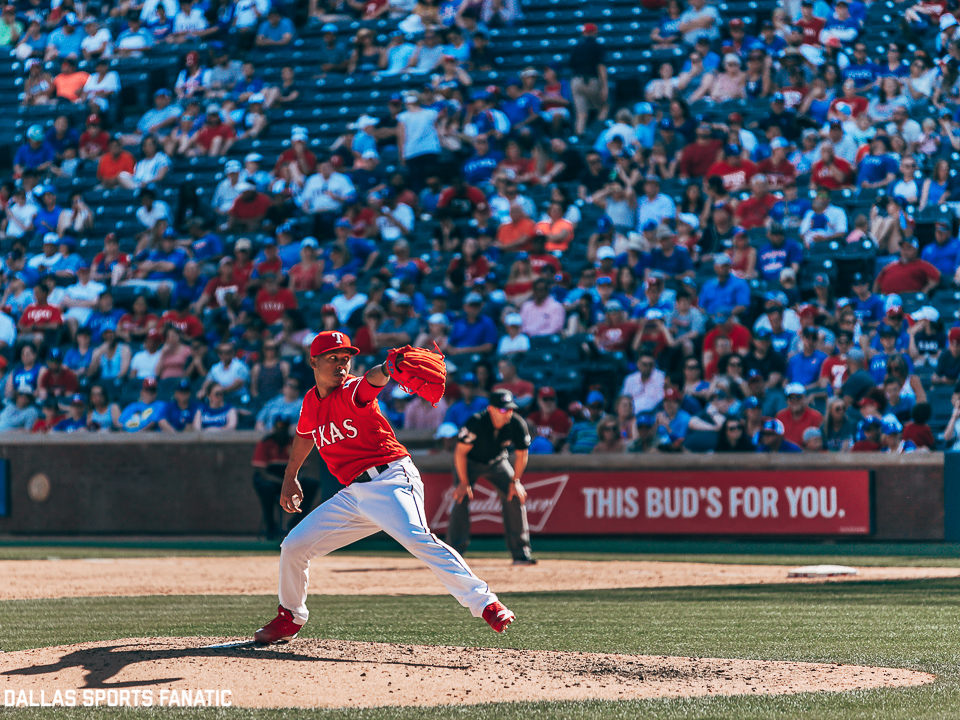 For the 2020 campaign, the Rangers’ best weapon was their bullpen. Yes, I know Texas’ pen finished in the bottom ten in MLB with a 4.63 ERA. Last season, the Rangers’ bullpen walked 112 batters (ninth-most in MLB). However, the opponent batting average was .232 (eleventh best in MLB). Overall, the bullpen for Texas was about average, not good, and not goodness awful and considering Rangers’ relievers picked up 12 of the club’s 22 wins, I would say the bullpen became the most polished piece in 2020. What about this upcoming 2021 season?

The Rangers didn’t have a set seventh inning reliever in 2020. Early on the year, it was the combination of Ian Gibaut and Joely Rodriguez, but after mid-August, Chris Woodward just went matchup to matchup to pave the way. I would like to see Demarcus Evans enter in the seventh inning role with his dynamite arsenal. Demarcus got limited work in 2020 with four appearances but made the most of it. I think this is one role to keep an eye on coming into Spring Training 2021, and it’s unclear whether Woodward will again go matchups or have a set combination.

For the eighth inning, Jonathan Hernandez thrived in this role. Hernandez is the prominent bright spot in 2020, not just for Rangers’ rookies but also for the club in general. Hernandez’s 2.90 ERA was seventh-best in 2020 among qualified rookies, and his twenty-seven appearances led all MLB qualified rookies. Hernandez mentioned in mid-August, he prefers the reliever role. “I like the moment when I’m entering the game, even though sometimes I’m going in tough situations and I put so much pressure on myself that I have to do a good job,” Jonathan said. “But I blink, and after I blink, I know that I will do it.” If Hernandez’s 2021 turn out like 2020, you are looking at your future closer (the change could happen mid-season).

Jose Leclerc went down the first week of the season and didn’t return with his shoulder injury. It allowed letting guys like Rafael Montero and Jonathan Hernandez have time to shine. Eventually, the Rangers dealt Montero to Seattle and now the question is if Leclerc is trade ammo. Well, it’s a dicey situation considering Leclerc is on a four year, $14.75 million contract that lasts until 2022 (a team option in ’23 and’ 24). I’m also curious how ready Jose will become Spring Training and the regular season. That said, I think Leclerc is the primary closer, for now. However, like 2019, if situations don’t work out, Chris Woodward may make a change, and that’s where the bullpen success of 2020 comes into play.

I’m curious which guys get left off the big league roster once Spring Training commences and if the club makes any other signings. I doubt you’ll witness a significant free-agent signing that isn’t a minor league invitation. Jimmy Herget showed poise in 2020 or if the Rangers go with Kolby Allard for the long relief roles. I want to see if Joe Palumbo is ready to go and if so, I think he’ll be a good piece into the bullpen.