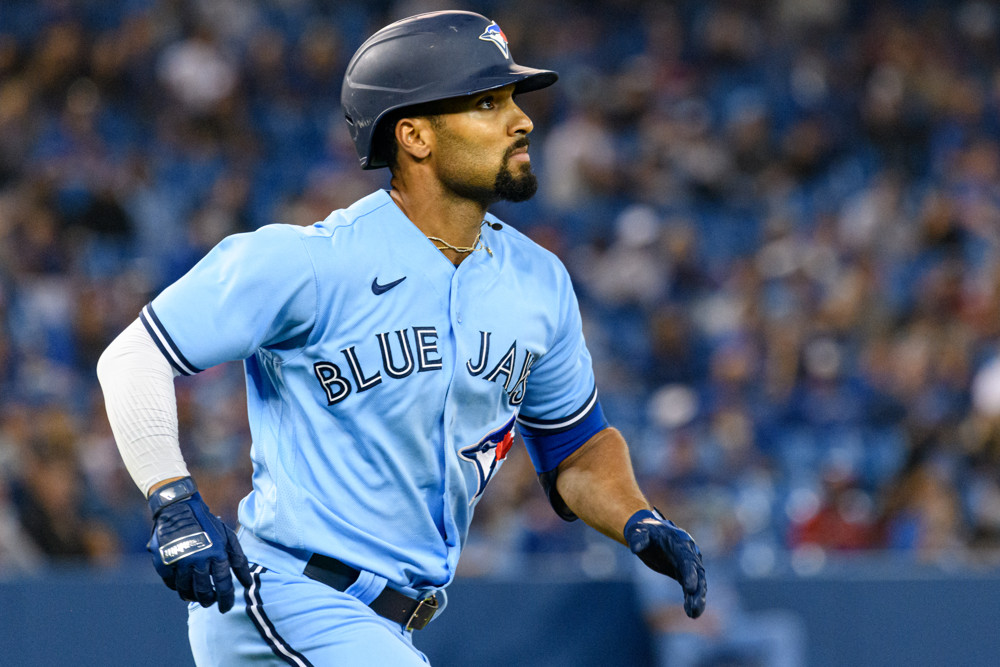 It’s late December, and fans, players, and everyone else continue to wait in the trenches of the lockout. Bowl season is here, and craziness ensues with the NFL season wrapping up, the NBA and NHL seasons are dealing with their COVID outbreaks. So it’s time to grasp this Rangers roster and see who’s likely to make the team come March 31st (assuming the season starts on time). I will cover the pitching side later, but let’s look at the position side.

Unless something chaotic happens, Trevino and Heim will start the season in the Major Leagues. Now, who gets the starting spot is the million-dollar question. It’s hard to determine who played better in 2021, most will point to Heim’s power that propelled his offensive spurts, but Trevino overall became more productive offensively. Defensively, Heim had a higher caught stealing percentage than Trevino, and in framing, Jose was a tad higher than Jonah (both tops in MLB). If you go by 2021, it’s a tossup, so it brings us to Spring Training. Whoever outperforms in spring gets the starting job, but I’m going with Trevino based on team seniority. Think of it as a 50.5% chance for Jose and a 49.5% chance for Jonah.

I’m sure Rangers nation is screaming, “where is Josh Jung?” In the last podcast episode with Chris Halicke, we discussed Josh and his projected debut date. It will depend on whether the team feels he’s ready to start in the big leagues, and other outside control factors could also come into play. For example, when will Spring Training even begin? Remember, in 2020; there was no minor league season. If (and I hope this isn’t the case) the season is delayed, there’s no doubt Josh starts in the minor leagues. On the other hand, if everything starts on time, I’m confident we’ll see Jung at the latest in late May (how about in Mid-May in Houston?). Isiah Kiner-Falefa starts the season as the starting third baseman with all that said.

Trade rumors are swirling that the Rangers are interested in Matt Olson, and I’m all for that. However, the price for Olson will be hefty and even higher, considering it’s an inner-division rival in the Oakland Athletics. Texas will have to break the bank more than a team like the Yankees or any AL East/National League Team. I’ve always felt wary about trading within the division (although the Jonah Heim acquisition is looking lovely at the moment). It’s a road worth exploring, but I wouldn’t suspect any trade for Olson to the Rangers. Andy Ibáñez had a nice finish to 2021, and adding that to a decent Spring Training is something the Rangers can’t ignore. Meantime Nick Solak makes the team barely out of the Spring Training with a productive month. Although like the NCAA Tournament, I think he’s a “Last four In.”

Andy Ibáñez hits his first career HR to put the @Rangers up 5-0 in the first 🔥 pic.twitter.com/9bej4hibd3

Before giggles start happening, hear me out. First, there’s no doubt Adolis García can play in center field. However, thinking about how the Rangers reluctantly put Joey Gallo in center in 2019 and saw the effects makes me hesitant to put García there and have him play in right field to get both the offense and defense full potential. Next, Willie Calhoun makes the team, with Kole Calhoun making the Rangers a Calhoun-frenzy roster. Kole and Willie will split time in left field and designated hitter.

The Rangers will look to free agency for an outfield option now that we got the easy stuff addressed. I like Seiya Suzuki as an option, but I think Texas gets outbid by an AL East foe. It got me thinking outside the box and the Rangers signing a player needing to prove themselves in another location—for example, guys like Michael Conforto or my pick, Lewis Brinson. Brinson was a 29th overall draft pick by Texas in 2012, but Texas traded Lewis to Milwaukee in 2016 in the Jonathan Lucroy deal. In January 2018, Brinson went to Miami as a part of the Christian Yelich deal between the Brewers and Marlins.

It’s a longshot option, but I would think a somewhat cheap option as I think the Rangers’ plan for centerfield is one of three things. First, Eli White or Leody Taveras becomes high-caliber players Texas hopes for. The second scenario is to make a trade splash for a centerfielder at the trade deadline or twelve months from now. Third, look at free agency at the end of the 2022 season (the free agent core at the moment is a little weak compared to this free agency period), as for Eli overtaking Leody, another tossup that Spring Training will determine.