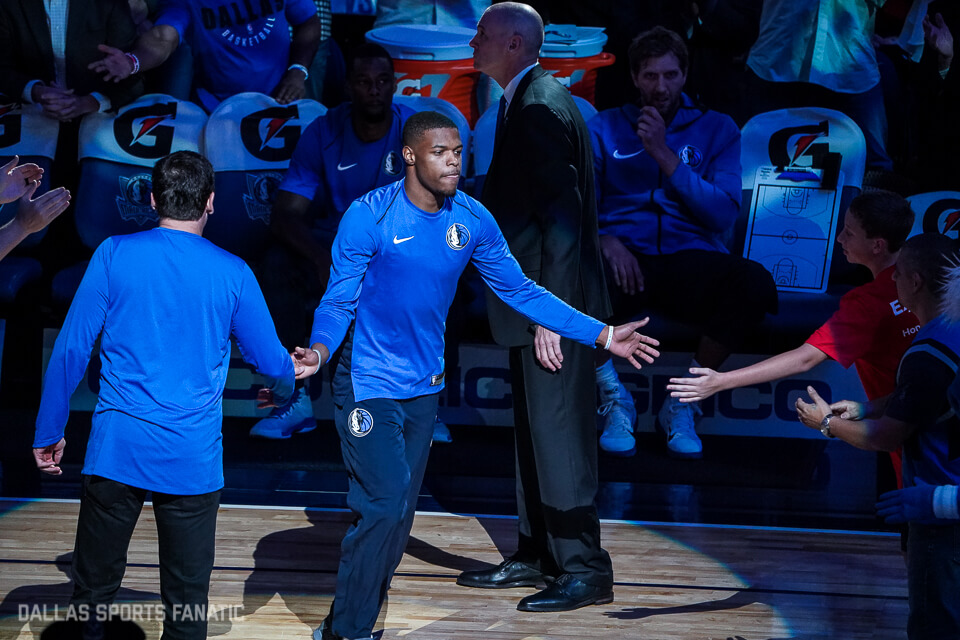 Though opening night didn’t go as planned for the Mavericks, Wednesday is in the rear-view and all the focus sets on the Sacramento Kings. The Kings come to Dallas after putting up an impressive fight against the Houston Rockets in a 105-100 loss on Wednesday. Both in some sort of rebuilding mode, if that’s what you want to call it, the Kings went through significant turnover from last years roster, while the Mavs only added a few new faces.

The Kings bring a mix of veterans and youngsters as the rebuild continues after trading Demarcus Cousins last season. Signing veterans such as Zach Randolph, George Hill, and former Maverick and fan favorite Vince Carter will help mentor and lead the rest of the Kings young roster.

In their season opener against the Rockets, the Kings played well to some surprise. Willie Cauley-Stein and Skal Labissiere both posted double-doubles as their athleticism was evident in the paint. Guards Buddy Hield and George Hill both put up double figures, shooting a combined 14-31.

The headline for this Kings-Mavs game will be the matchup of the rookie point guards; DeAaron Fox vs Dennis Smith Jr. Both rookies had impressive debuts with Fox posting a 14-5-4 stat line and DSJ with his first career double-double. Look for Fox and DSJ to go back and forth when their both on the floor tonight. The pride of who’s the best rookie point guard from the 2017 draft class is on the line.

Two things to look for in this game:

1) With Zach Randolph probable to play, on top of having the youth of Cauley-Stein and Labissiere, expect to see more (hopefully) minutes from Nerlens Noel. Noel was impressive in his 20 minutes off the bench against the Hawks and should log more minutes tonight against the Kings and their front line rotation.

2) Harrison Barnes. I’m expecting a big-time bounce back game from HB against the Kings. Barnes will be matched up against rookie Justin Jackson in the starting lineup tonight. Both former Tar Heels, expect Barnes to take advantage of the inexperience of Jackson. As Shaq always says on Inside The NBA, this should be some “barbecue chicken” for Harrison tonight.