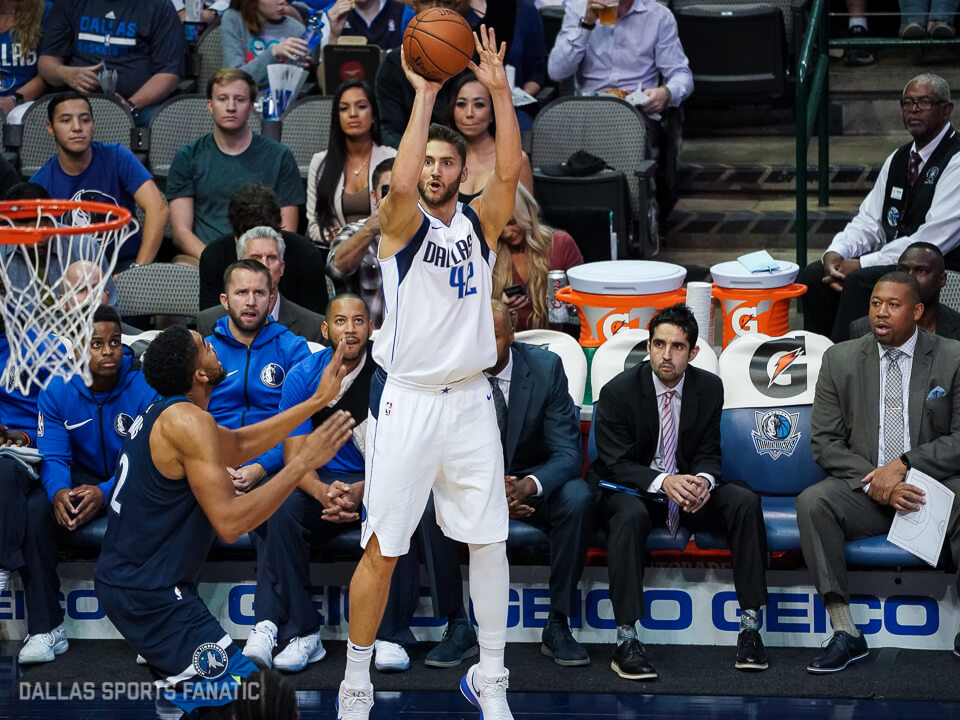 The Dallas Mavericks just had one of their best wins of the season on Saturday by taking down the Bucks. What is their reward for such an impressive win? They get to face the hottest team in the NBA, the Boston Celtics tonight at the AAC.

While the Mavs have struggled to just get their third win of the season on Saturday night, the Celtics have had a much brighter season. Since dropping their first two games of the season, the Celtics ripped off 15 straight wins and now they are the talk of the NBA. One shocking aspect of the streak is that they are doing it without Gordon Hayward, who was lost for the season on opening night. Now, the Mavs have the task of trying to be streak-busters, something easier said than done.

If they want to be the first team to end the Celtics’ streak, they first need to find a way to score against this Boston team. One reason for Celtics’ success this season has been largely because of their defense. According to NBA.com, the Celtics have the best defensive rating in the league at 95.9 and they are scoring off the turnovers they are creating. Dallas will have to be smart and efficient on the offensive end if they want to stay in this game. That goes for Dennis Smith Jr. as well, who is averaging 3.5 turnovers-per-game. If this Mavs team can get the scoring into the 100s, this team has a shot to get an upset win.

While point guard Kyrie Irving gets a lot of the attention for the Celtics, one player to look for is second-year wing Jaylen Brown. After Avery Bradley left in the offseason, Brown took a more central role for the team and is flourishing. While he is having a resurgence on the offensive end, where he really made an impact is on the defensive end. Players defended by Brown are only shooting 36.5 percent from the field and 32.4 percent from three. Brown most likely will take on Barnes a lot on the floor, which is going to make things really tough for this Mavs offense to get anything going offensively. Barnes will have to have one of his best games tonight if the team wants to get this win.

Overall, this is a tough task for this Mavericks team that has struggled to show any consistency on the offensive side of the ball. Yet, the Mavs can get a victory against the Celtics if they play smart basketball. The Celtics’ biggest weakness is their offense which really hasn’t been impressive this season. Boston gets a lot of scoring off the turnovers they force. If they play sound defense, don’t turn the ball over and push the tempo on offense, the Mavericks have a shot of pulling a major upset in the NBA.

Tune in tonight to see if it happens. Tip –off is at 7:30 p.m. on Fox Sports Southwest.