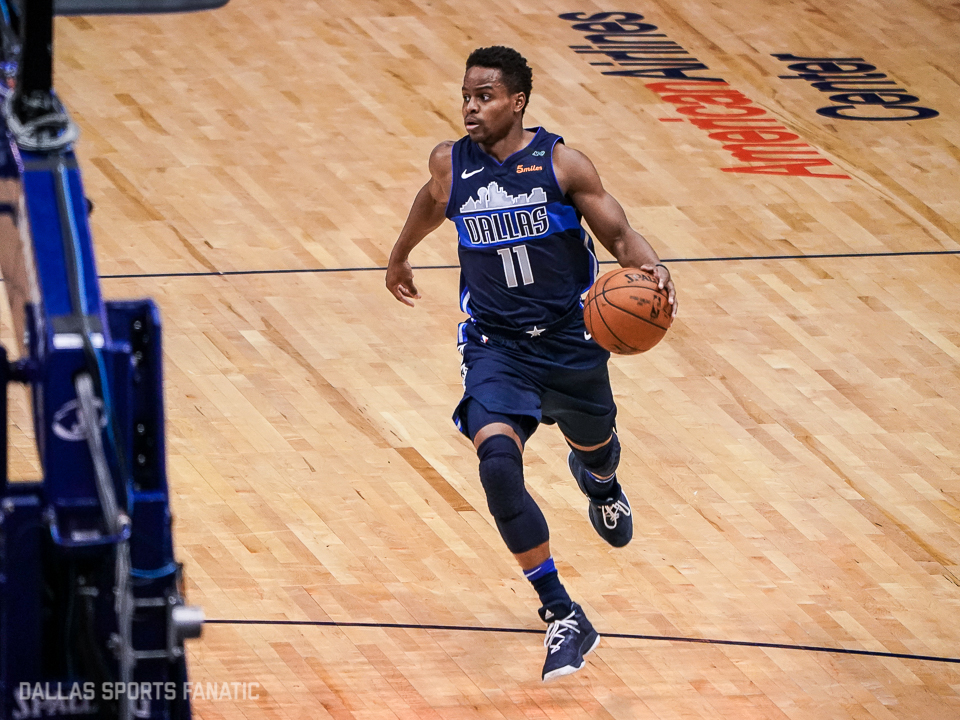 Mavs visit Knicks with lottery implications on the line

Mavs visit Knicks with lottery implications on the line

Depending on what side of the aisle you are on the Mavericks either won, lost, or accomplished both on Sunday against the James Harden-less Rockets. The game was close through the first two quarters but Dallas lost the game 82-105 after Houston woke up in the second half. The loss pushed the Mavs to 21-46 on the season and 3-7 over their last 10 games.

The Mavericks opponent on Tuesday is the New York Knicks, who saw their season derailed when All-Star forward Kristaps Porzingis tore his ACL in February. Much like Mavs coach Rick Carlisle, Knicks coach Jeff Hornacek has made it a point of emphasis over the last few weeks to develop his younger players. New York acquired former Denver Nuggets guard Emmanuel Mudiay at the trade deadline. He was part of the Mavs-Nuggets-Knicks deal that resulted in Devin Harris going to Denver and Doug McDermott going to Dallas. Mudiay and rookie guard Frank Ntilikina have been paired next to each other over the last few weeks. Their record over the last ten games shows the “development approach” that you would expect from playing younger guards. New York has lost seven straight, including nine of their last ten games, and is 24-43 for the year.

The Dennis Smith Jr. versus Frank Ntilikina comparisons will always be there after New York decided to take Ntilikina instead of DSJ with the eighth pick in the 2017 NBA draft. For now there is a new wrinkle into this comparison, as Mudiay’s presence has shifted Ntilikina to the shooting guard spot while they are both on the floor.

Dennis Smith Jr.’s last game was one he will want to forget. He finished with 4 points, 4 assists, 2 rebounds, and 3 turnovers for a -21 plus/minus in 31 minutes against Chris Paul on Sunday. DSJ will need to get back to how he was playing of late if the Mavericks want to win this game. Smith Jr. is averaging 16.5 points, 6 assists, and 3 rebounds on 37% shooting over his last 6 games. While Mavs fans and Coach Carlisle would like to see his field goal percentage higher, if he hits his recent averages it will put the Mavs ahead of the struggling Mudiay and Ntilikina led Knicks.

New York’s young guards are having a tough time over their last six games. Mudiay is averaging only 10 points, 5 assists, 2 rebounds, and 2 turnovers on 30% shooting in 26 minutes. Although he has seen his minutes and averages increase as of late, Ntilikina is also struggling next to Mudiay. He enters Tuesday’s game with averages of 7.5 points and 2.8 assists while shooting 33% from the floor in 27 minutes over the last six.

It is time for Mavs fans to admit what we are seeing before our eyes. Dwight Powell, who has been on the receiving end of harsh criticism in regards to his contract (including from myself), is playing his tail off lately. In Sunday’s game he took one hard dribble and spun on Clint Capela to rise up and throw down a one handed jam that hit off the back iron. He didn’t make the shot, but the move was – dare I say? – Blake Griffin-esque. That move alone is an indication of how comfortable he has become in his role and how much his confidence has grown.

Since the All-Star break Powell has put up a double-double twice in nine games. He has averages of 11.5 points and 8.3 rebounds while shooting roughly 58% percent from the floor. Most of his scoring opportunities have come as the roll man on alley-oop attempts. In February Powell scored 1.34 points per possession as the roll man, good for first out of players who finished possessions as the roll man at least 100 times. His effective field goal percentage of 62.3 is good for 6th in the NBA this year. He is now making his contract look like a bargain, something that I, quite frankly, thought was impossible.

The Dallas Mavericks visit Madison Square Garden on Tuesday to take on the New York Knicks. The tip off is at 6:30 PM central time on Fox Sports Southwest.