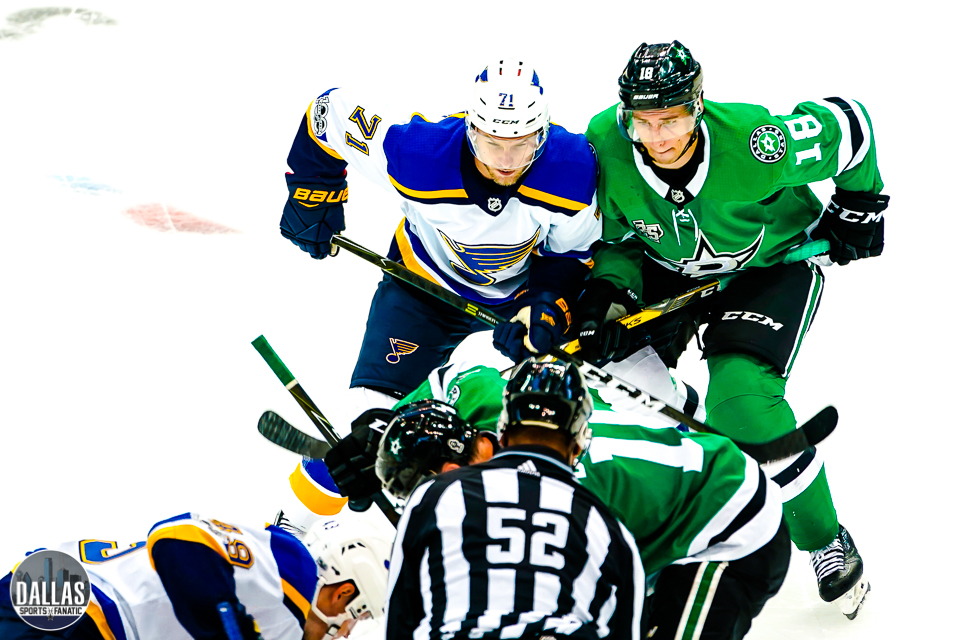 Preview: Stars Look to Rebound on the Road in St. Louis

Preview: Stars Look to Rebound on the Road in St. Louis

After taking a tough loss at home to start of the 2017 season, the Dallas Stars will travel to St. Louis and take on the Blues Friday night.

The main story line of this matchup will be Ken Hitchcock’s return to the Scottrade Center after being fired by the Blues on Feb. 1. A team that he led to 248 regular-season wins, the second most in Blues’ franchise history.

But despite the emphasis around this storyline, it’s not the first time that Hitch has set foot in his old arena since returning to Dallas. The Stars and Blues faced off in a preseason matchup back on Sept. 19 that may have left some bad blood between the two teams.

St. Louis fans have been irate ever since a controversial slashing no-call on the Stars’ Antoine Roussel broke the hand of veteran forward Alexander Steen in a 5-3 Dallas win.

Not to mention the two teams are still not on the best terms after St. Louis bounced Dallas out of the Stanley Cup Playoffs two seasons ago in a tight seven game series. A series where much of the players on both rosters we’re a part of.

But despite all of this, each team is in a new season and a new era for their organization.

The Blues are coming off a 5-4 overtime win against Pittsburgh on a night when the Penguins raised their championship banner to the roof. A back and forth contest that ended with a Alex Pietrangelo goal 1:15 into the overtime period.

Forwards Vladimir Tarasenko and Jaden Schwartz will lead the Blues attack alongside new addition Brayden Schenn and one of the more underrated cores in all of hockey.

But Mike Yeo’s team has a long way to go before they really find their identity. A defense that is older and less efficient, while the offense has to find a way to kick it up a notch after last year.

As for Dallas, this matchup is a chance to take the bad-taste out of their mouths after a loss to the Vegas Golden Knights on Thursday.

A travel day and a back-to-back is not the ideal situation coming off of a season-opening loss, but it’s an immediate chance to build on the positives.

Dallas won the shots on goal category 46-30, the faceoff battle with 58%, and saw solid play from every unit.

Ben Bishop left the ice early in the third period and with a 1-0 lead, due to a cut on his face. But according to Hitchcock, Bishop is fine and should be in net for the Stars.

Player to Watch: Forward, Alexander Radulov. His first game as a Star was extremely high energy and solid on the front line. I completely expect him to take the next step and secure his first point in victory green and push the Stars to a road win.