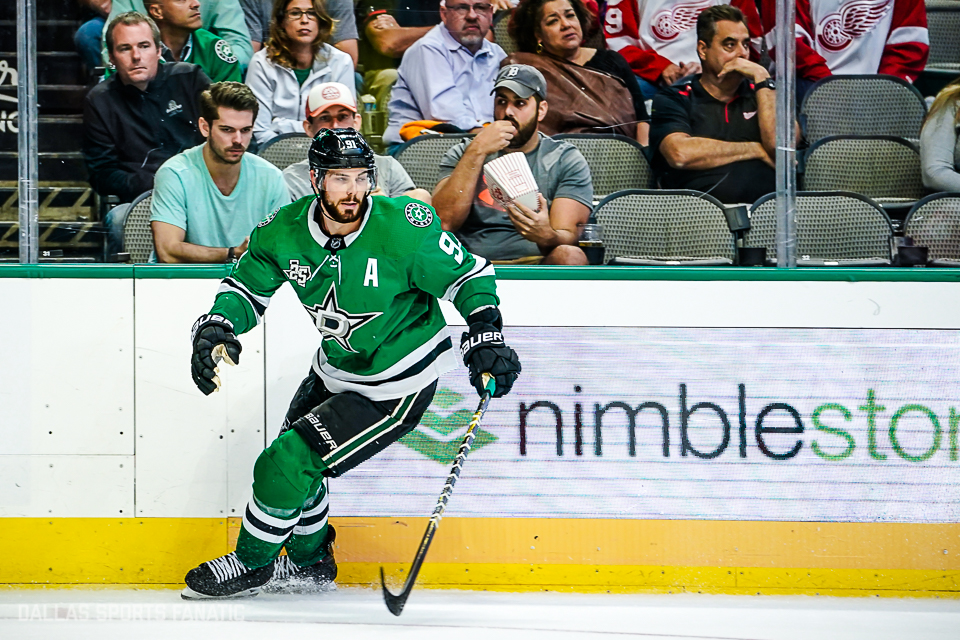 Fresh off their first win, the Dallas Stars take on the Nashville Predators in efforts to get back to .500.

Thursday marks a test for Ken Hitchcock’s team after their 4-2 victory over Detroit on Tuesday. As a team that has outshot all three opponents thus far, they have yet to be tested on the defensive front as much as they’ll be tested in Nashville.

Both teams boast a 1-2-0 record through three games, and Nashville is coming off their first win as well. The Predators lost their season opener against the Bruins 4-3, and another road game against the Penguins 4-0 before returning home for a 6-5 win over Philadelphia.

Last season’s Western Conference Champions got to the Stanley Cup finals due to a young core and a stifling defense. They did however, lose their captain Mike Fisher to retirement, and scoring winger James Neal to the expansion draft.

Both of those loses are being felt early on in the season. Another loss is having a cornerstone defender in Ryan Ellis lost until around January has affected the team as well.

But even with all the loses that this team has experienced over the past few months, they still have that mid-20s core and a star-studded defense even without Ellis.

The duo of P.K. Subban and Mattias Ekholm combine to stack up the best defense that Dallas has had to face so far.

But Dallas does catch a break with both defenseman Roman Josi and forward Colton Sissons battling lower-body injuries and not listed in the team’s projected lineup.

Now that Dallas has their first win, Ken Hitchcock only needs one win to pass Al Arbour for third place on the NHL’s all-time wins list. The win would only have him behind Joel Quenneville who as 854, and Scotty Bowman with 1,244.

John Klingberg leads all the Stars with four points with a pair of goals and assists over the first three games. He’s been rejuvenated on the defensive side with the addition of Marc Methot and the solid play from Tyler Pitlick to help out as well.

Dallas will have a tough time in a hostile environment, and against a team with more defensive talent on the roster. But I expect the Stars to keep it close because of the missing pieces that Nashville is trying to compensate for.

Player to Watch: Tyler Seguin. Despite having John Klingberg leading the team in multiple categories including points and ice-time, Tyler Seguin could have a big night. He’s been in the midst of the scoring chances throughout the first three games. Plus, Seguin has 12 points (5 G, 7 A) in 19 games against Nashville.