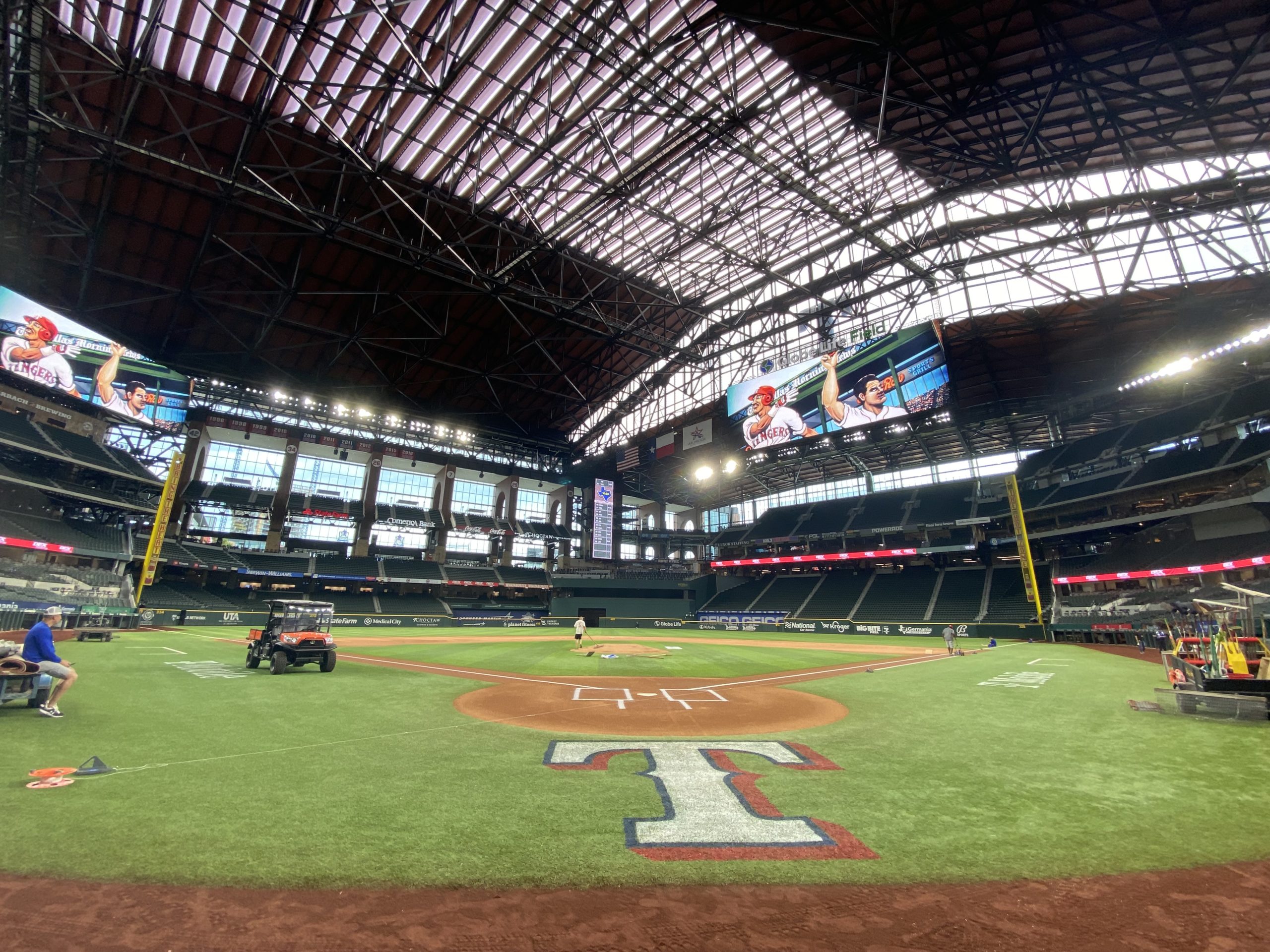 Pride Month is here with the Rangers still on the sidelines

Pride Month is here with the Rangers still on the sidelines

June is here and so is Pride Month. There are 28 MLB teams currently hosting a Pride night in 2022. Organizations like the Padres had their Pride night back in May, while the Twins have theirs slated in July. Yes, LGBTQ+ baseball fans and allies will have a day to celebrate and honor, except for those of the Texas Rangers. (Updated June 22nd), the Yankees announced they are holding their “Legacy of the Pride” event on Thursday June 23rd at Yankee Stadium. Not only are the Rangers the only team to not hold a Pride event in 2022, but they remain the lone MLB active franchise not to hold a Pride event, ever.

From the external side, the Rangers haven’t shown much, if all, LGBTQ+ support. For example, in October 2021, teams across MLB showed their support for Spirit Day and the meaning of Spirit Day, while the Rangers turned it into a universal message. So, while teams like the Dodgers and Athletics will take a day in June to honor Glenn Burke, the Rangers will take a day in June to honor a fast-food chain (for the record, Whataburger is one of the best fast-food chains in Texas).

Baseball is for everyone. #PRIDE pic.twitter.com/okBPnlRBL8

It got me thinking if Major League Baseball should designate a day specifically for Pride. Of course, I’m talking about Hispanic Heritage, Latin Heritage, and other events that can be universally celebrated across one day in the Majors. I asked a few players and personnel their thoughts. “That’s tough because you don’t want to tell teams what to do,” Taylor Hearn said. “I think it’s up to the team and ownership what they want to do.” For Rangers’ reliever John King he’s open to that idea. “If that’s what they want to do, to have a day to show love to different people, there’s nothing wrong with that.”

Meantime, Rangers’ manager Chris Woodward, it’s something MLB should explore. “I think it’s worth talking about that. It’s more of a discussion that we all need to have about it. I’d be for it [and] I think there would be a lot of teams that would be for it.” Woodward said it’s about establishing the dialogue first, and they are conversations that must happen, whether the consensus is yes or no. It’s a fair assessment whether to decide if teams should juristic their own events or have Major League Baseball step in. On the one hand, forcing teams never works, but all thirty teams branch out to MLB.

While it’s an intriguing discussion, more aspects go into MLB stepping in and designating a day. “I know there are a lot of different things that go into different promotions that they have,” Rangers GM Chris Young said. For Charlie Culberson, the question is, why limit things to one day? “Why say this day is strictly for this month, strictly for that. I feel like you can name so many different things to have a day for, a month for, or a week for. It’s just an acceptance thing all around. When you single something out, it’s magnified much more, and then you have division.” To Charlie’s point, if society accepts everyone regardless of gender, race, ethnicity, sexual orientation, etc., year-round, I believe things like Pride month or Heritage night wouldn’t be as necessary, but we remain at a point where people still aren’t accepted, aren’t treated equally, and shunned simply because of who they love or who they identify with.

On June 13th, the Giants and Dodgers collaborate with pride-themed caps on the field for their game nationally televised on FOX. I asked a few players and staff members about their thoughts. “That’s more of a community thing,” Culberson said, who’s played for both the Giants and Dodgers in his career. “Those organizations want to represent everybody. That’s their decision. From a business standpoint, I think people want to include everybody, and that’s their way and show that they’re including every type of person with every decision they’re going to make.” Charlie reiterated it about making everybody feel equal with decisions that teams like the Giants, Dodgers, and others. “It’s an ownership thing [and] an organizational development thing.” For more on what the Dodgers and Giants are doing, how they came about, and the Dodgers Pride event check out Ken Schultz’ latest “3 Strikes You’re Out” Podcast with Senior Vice President, Marketing, Communications & Broadcasting for the Dodgers, Erik Braverman.

Rangers General Manager Chris Young mentioned MLB’s initiative in diversity and inclusion. “I know it’s a huge initiative by MLB and all of the clubs,” Young said. “I applaud the efforts that have been made and think you’re seeing that in a lot of results in a lot of different ways. I think they do a tremendous job with diversity and inclusion, and it’s only going to get better.” While it’s something simple like adding the pride flags in a profile picture, it sends a powerful message.

June is Pride month and the #SFGiants are proud to celebrate our LGBTQ+ fans, employees, partners and community. pic.twitter.com/8trBsuK94V

For those saying it’s all across DFW, I present to you the Dallas Stars and the amount of work they’ve done to promote inclusivity in hockey (along with the entire NHL). The Mavericks, FC Dallas, and the Dallas Wings showed their support on June 1st. Plus, MLB’s social media account and most teams promoted LGBTQ+ Pride. Hell, NASCAR is showing their Pride on social media throughout the first days of June (and that’s not a knock on NASCAR).

The decision comes from up top. As Charlie Culberson mentioned, these are organizational decisions, like other theme nights and promotions established, and the organization feels a Pride night does not need to happen in 2022. While I, and others, disagree with that, the hope is the Rangers acknowledge the vitality of showing Pride. As an individual who leaned on sports, it means a lot when the organization you support is openly active about LGBTQ+ support. “Hopefully, we can come up with something to do,” Chris Woodward said. “I think it’s important that we recognize that. I guess we’ll see where we go from here.”