Rajon Rondo: A Breach of Contract 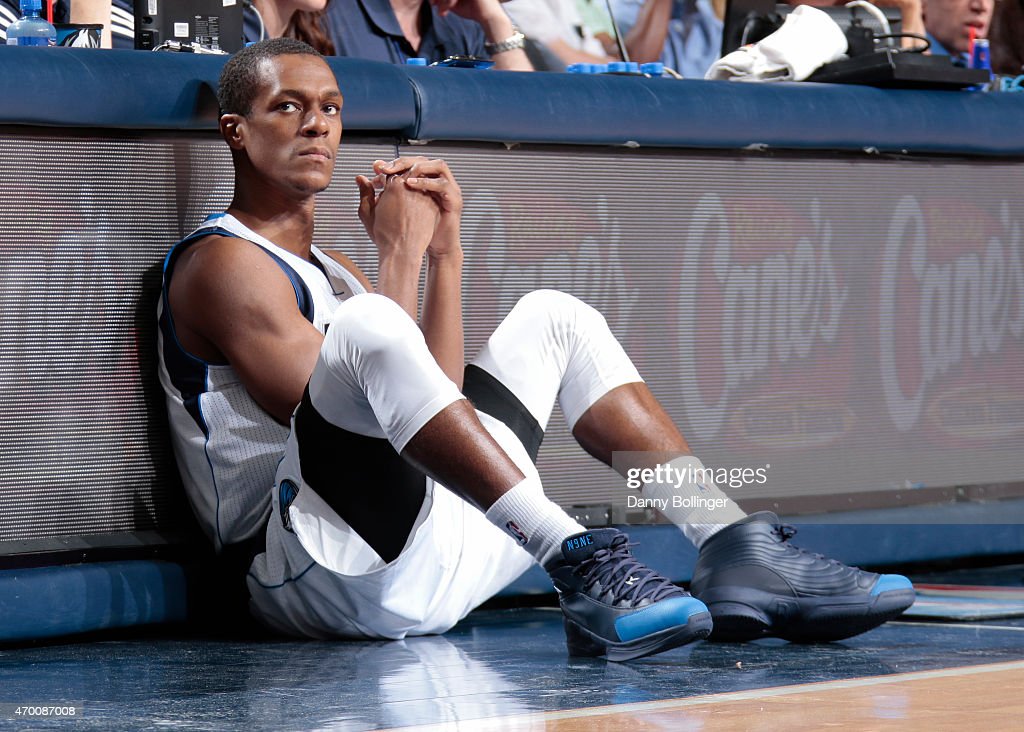 On the day of Rajon Rondo‘s first visit back to Dallas since his lackluster performance in the 1st round of the Playoffs last season, it seemed necessary to explain the differences in what went down with Rondo, as opposed to what happened with DeAndre Jordan.

Last season, the Dallas Mavericks were leading the NBA in offensive efficiency – an offense that had Jameer Nelson at the helm – but still decided to make a move they had been vying to make for years. They traded for Rajon Rondo, a player they had coveted for many years, and whose name was always being mentioned around the trade deadline in Big D. They brought in Rondo to boost them defensively, and give them a legit point guard who could really work well with Chandler Parsons, Monta Ellis, Tyson Chandler and Dirk Nowitzki. Yeah, say that out loud a few times. That lineup took the floor throughout the remainder of the 2014-2015 season, and well, it just flat out didn’t work.

Rondo’s inability to shoot and gel with Monta Ellis, along with the tension between him and coach Rick Carlisle eventually boiled over in Game 2 of Dallas’ 1st round series against the Houston Rockets when Rondo was benched. He was then dismissed from the team the next day due to a back injury that was previously never mentioned. One could say that had something to do with it, or you could take a look at this video right here, and see what the real issue was…

ESPN.com and Rajon Rondo discussed his stint with the Mavericks prior to the two teams facing off in Sacramento:
Why didn’t it work in Dallas?

When did you realize it wasn’t a good fit?

Rondo: “Probably when it was over. Tried to keep on staying positive, but things just didn’t work out for the best for either side. And that’s just part of it. Every player, every coach doesn’t always see eye to eye. Every team doesn’t fit every person’s style of play.”

What did you learn from the experience? How did it change you?

Rondo: “I don’t know, you go through what you go through. You handle adversity, and I think it made me hungrier. I never [started] doubting myself. It made me work a little bit harder. I think I worked the hardest I’ve ever worked in the NBA this summer. I’m a competitor. I never doubt myself. Always people have counted me out since I got in the league. It never made me any difference. I kept myself around positive people, got a great support system and just kept at it.”

Do you feel like the way things went in Dallas hurt your value this summer?

Rondo: “No doubt about it. I had a tough three, four months in Dallas. It hurt, but it helped as well. I’m in a great situation. I have no regrets about what happened in Dallas. Everything happens for a reason; I’m a big believer in that. And I’ve got great relationships with those guys [with the Mavs], especially on the staff. Guys like Casey Smith, Mike Procopio, my man [Darrell Armstrong], [Mike] Shedd, the equipment managers Al [Whitley] and Craig [Metcalfe], all those guys. They’re all good people. They treated me really well. I have nothing but love for that organization. Mark Cuban’s a great guy. I don’t have any regrets. I went through what I went through.”

You and Rick just couldn’t get on the same page?

Rondo: “Yeah, that’s all. We tried. I tried my best, he tried his best and it didn’t work.”

Obviously, the way it ended, it’s not a normal ending. The back …

Rondo: “Yeah, my back was hurting.”

You’re gonna stick with that?

Rondo: “What do you mean stick with it?”

Let’s just be honest here. The back’s not the reason you left.

Rondo: “Yeah, my back was hurting. What else was reported? I mean, you never heard from me, did you? I haven’t said a word, so …”

No, I didn’t hear from you, but I did hear from other people that it was essentially a mutual departure.

Rondo: “Yeah, we had some talks. I guess the game where I didn’t continue to play — that’s why I tell [DeMarcus Cousins], ‘You have to stay off the floor. The floor is undefeated.’ In Boston when I had back problems, I would hit the floor a lot. It’s just a nagging feeling. I still to this day try to make an emphasis not to hit the floor.”

So you wouldn’t have been able to play the rest of that series because of your back?

Rondo: “Um, I could play through anything. But just thinking about I have kids, longevity, I probably would have made more of a conscious effort not to hit the floor, but at the end of the day in the playoffs, you can’t play that way. You just have to play and give it your all.”

If they would have asked you to come off the bench, would you have been OK with that?

Rondo: “No, I wouldn’t have been OK with it, but if it would have helped the team win, I would have gotten over it. I’m not going to be too detrimental to the team. Like I said, all those guys over there, we always joked, laughed, played cards together. I was always about the team, regardless of our relationship wasn’t working out or didn’t work out, whatever you want to say. It’s like a brotherhood.”

If you could go back, would you have stuck around for that series, hurt or not?

Rondo: “Well, both parties talked about it, and I didn’t want to draw too much negativity to the team. I may have ended up doing that anyway, but I didn’t want to be a part of that. People said what they said about me, but it didn’t bother me at all.”

Rondo: “I think it ended up hurting anyway. But me just sticking around, I didn’t want any more tension between myself and Rick and all the media attention that it was getting. People were seeing stuff on the floor, like making up plays that I took off, and it’s like, some plays I might take off to this day. I mean, I was tired, so you just never know. I just wanted to get out of there and just lay low and had a talk with my agent. But that’s water under the bridge.”

Anything Mavericks fans should know or you want them to hear from you?

Rondo: “I mean, I loved every minute I was there. I don’t regret it. The fans treated me with a lot of respect, and I played as hard as possible every night. I wanted to win. I’m going to always be a competitor.”

While we can all still be bitter about what happened with DeAndre Jordan this past summer, it was within the rules unfortunately. Jordan verbally committed to Mark Cuban and the Dallas Mavericks, but still had time to change his mind, which he eventually did. Rondo was traded over to the Mavericks, and was a member of this organization. He can say all he wants and blame it on back pain or what not, but the fact is it wasn’t just a verbal agreement. This was the real deal, and he quit on the team when they needed him the most.

The impact of Jordan’s decision was more impactful, because of his potential with the Mavericks over the future, but Rondo quit on a team he was playing for. What makes that bitter taste worse is how Rondo has played this season. He leads the league in assists at 11.6 per game. He is shooting much better at the free throw line, and is having an impact both offensively and defensively in his first season with the Sacramento Kings.

If you thought the DeAndre Jordan night in Big D was rough on him, it should pale in comparison to what Rondo will hear tonight. Nobody will ever deny Rondo’s ability to impact a basketball game, just like no MFFL will deny their desire to let Rondo know how they feel about last season.