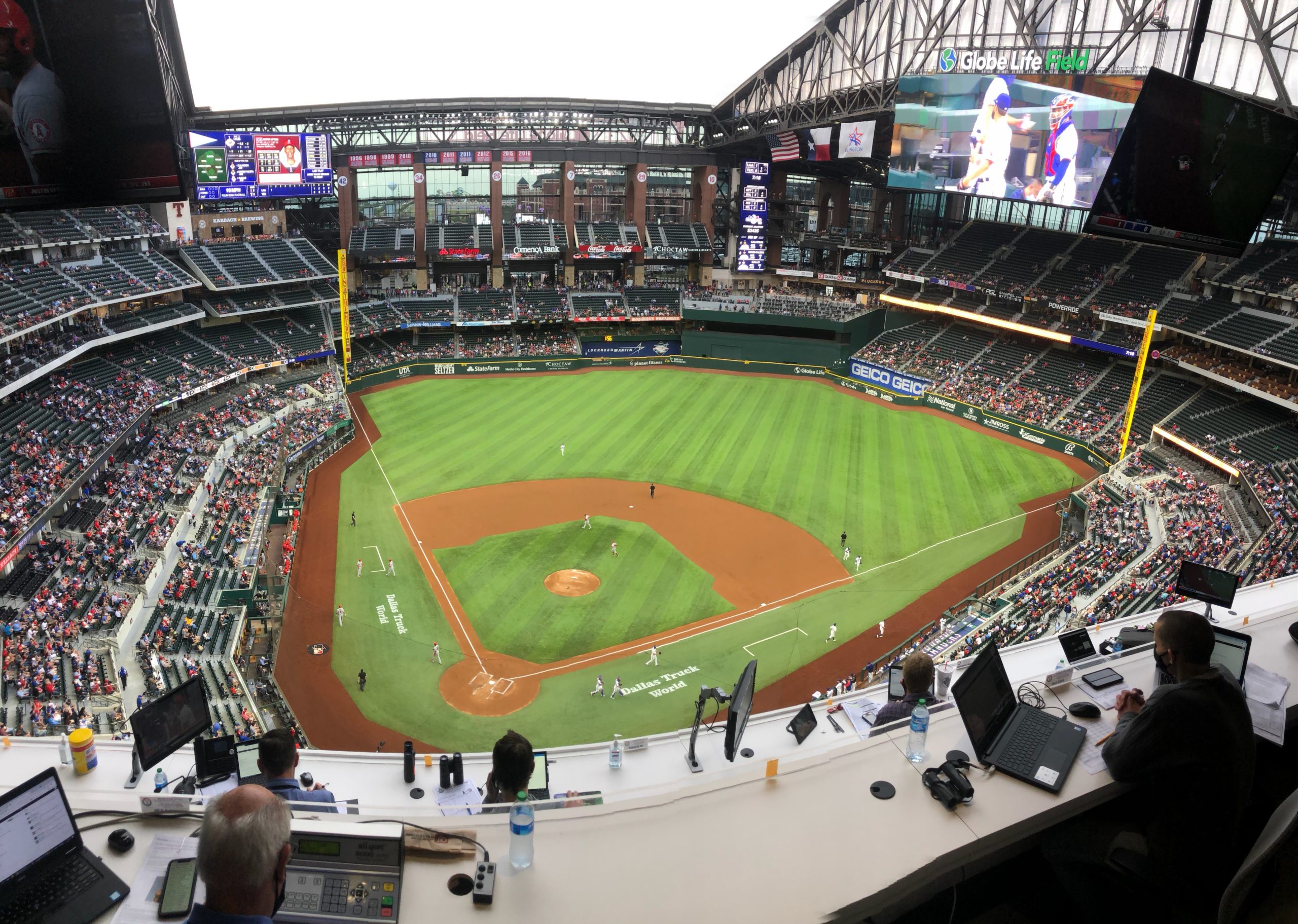 In baseball, a slow beginning isn’t everything- and the Rangers got a harsh reminder of that in a 9-4 loss to Shohei Ohtani an the Los Angeles Angels Monday night.

LA’s two-way phenom made just his third start of the season- and was also in the lineup as the Angels’ No. 2 hitter against the Rangers on Monday night, marking the second time he’s hit for himself in a game he’s pitched this season. He also batted and pitched on April 4 against the Chicago White Sox, when he allowed one earned run over 4.2 innings and homered at the plate.

Ohtani entered the game leading the American League with seven homers- he was the first pitcher to take the mound with a home run lead in his respective league since Babe Ruth (yes, that Babe Ruth) did so in 1921- but it was a Ranger longball that left the park first. He allowed a 3-run shot to Nate Lowe for a 3-1 Ranger lead.

After that, it was all Halos.

Los Angeles piled on seven unanswered runs, most thanks to Ohtani and Jared Walsh- who combined for five base hits. Justin Upton and Albert Pujols (career homer No. 667) each went deep off of Rangers starter Jordan Lyles in the fifth- who completely unraveled on the way to allowing seven runs off 10 hits and 13 balls in play in just 2.2 innings pitched.

In the end, Ohtani shined with a sparkling line despite the shaky first. He ended up with five innings pitched, allowing just three hits and recorded nine strikeouts- including a run of five straight K’s in the middle innings.

“He’s pretty incredible,” Rangers manager Chris Woodward said postgame in his Zoom availability. “We weren’t surprised when he settled later on through the order.”

Texas getting battered by Ohtani and Angels third baseman Anthony Rendon- who was 0-4 Monday- is even more interesting. Texas was interested in both players in the 2017 and 2019 offseason, respectively. Ultimately, Ohtani chose Los Angeles over the New York Yankees after eliminating the Rangers as an option early- but Texas got much closer on Rendon.

Reportedly, Texas and General Manager Jon Daniels offered a six-year deal with a seventh year-player option. Rendon chose Los Angeles’s straight-up seven year deal instead, and has now continued to be a plus player for the Rangers’ division rival since signing the dotted line in December 2019.

Now, Texas will have to deal with both, along with three-time MVP Mike Trout- for years to come within the division- including 15 more times this year, picking back up at 7:05 tomorrow night at Globe Life Field.

Notes from the Rangers beat:

– With the roof open at Globe Life Field  for just the fifth time in 2021, Texas scored its most runs in a single home inning in the four-run first. The Rangers rank last in the American League in runs per game- averaging a paltry 2.3 runs per game at home overall, and just 1.8 per contest with the roof open.

– OF Adolis Garcia was named the American League Player of the Week on Monday afternoon. Garcia batted .333 with a 1.260 OPS in just six games. He led the AL with four home runs and total bases. Garcia also added a single and his first career stolen base in Monday’s game.

– LHP Hyeon-jong Yang made his Major League debut Monday after being selected from the Alternate Training Site. He gave the Rangers some length in mop-up duty Monday- allowing just two runs off five hits over 4.2 innings pitched. In his postgame press availability, Yang said he didn’t know he was set to make his debut until 2:00 this afternoon.

“I was impressed with how well he pitched,” manager Chris Woodward said postgame. “Also by how efficient he was.”

– OF Leody Taveras was to the Alternate Training Site as a result of Yang’s call-up. In his pregame media availability,  Woodward described it as a growing opportunity for Taveras- who will receive more consistent at-bats.

– Joey Gallo’s lengthy home run drought continued Monday. After going 0-3, he hasn’t left the yard in his last 87 plate appearances- the longest such streak of his career. His last big fly came April 3- Texas’ second game of the year.