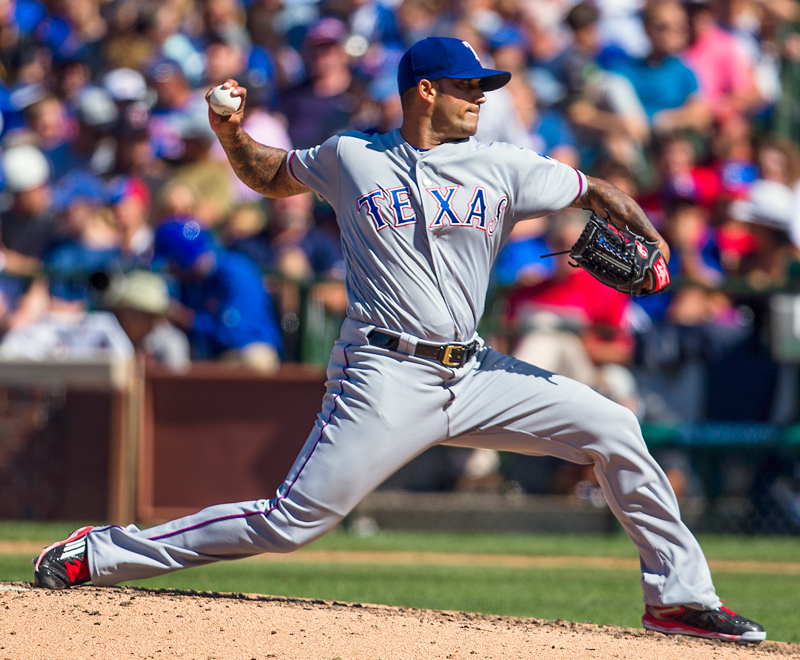 Opening Day against the Houston Astros is officially 10 days away, which means the Cactus League is nearing the end of its 2018 tenure. The Texas Rangers squad currently stands in last place with a record of 7-15. However, we all know Spring Training isn’t about the record, it’s about giving guys opportunities to improve as well as make a case for themselves. Here are a few guys that have progressed and regressed this past week.

Here is a guy that is really pushing for an Opening Day roster spot. If anything, Hood has been the hot topic of Spring Training this past week.

The 27-year-old experienced his first major league call-up back in 2016 with the Marlins after being a part of a number of teams’ training camps. Now, he is partaking in the Ranger’s lineup just about every game.

Hood is a corner outfielder and has been his entire career. With the Rangers, he often stands in left field considering the number of questions surrounding that position. This past week Hood has performed on a high level while batting an accumulated 4-9 with 6 RBI in 4 games.

Hood will continue his battle for the last outfielder roster spot alongside Rule 5 pick, Carlos Tocci, if the Rangers choose to go with six outfielders.

Jake Diekman: 0 ER and 1 SO in 2 innings pitched over 2 games

The ‘Groundball King’ was in full effect this past week in Spring Training. Diekman had two outings, one on Monday, March 12th and the other on Friday the 16th. Each of the outings lasted an inning and had Diekman retiring all six batters he faced.

Prior to this week, Diekman was looking rusty coming off the offseason, but since then he has been picking up the pace and looking solid. The Rangers will have a substantial option out of the bullpen this year whether they decide to use him in the 7th or 8th inning as their setup man.

For more information on Jake Diekman, refer to our recent article listing him as a breakout candidate for the upcoming season.

Matt Bush’s Spring Training performance has been utterly disappointing, both as a starter and reliever. At the start of Spring Training, it was evident that the organization was going to translate Bush from reliever last year to a starter this year.

Matt Bush started two games that didn’t necessarily go the way that he would’ve liked. His last start was on the 13th of March when he gave up four hits and two earned runs with one being a home run, all in one inning. Since then, the Rangers have gone against their initial decision and prepare to bring him out of the bullpen to start the season.

The main focus for Odor, for an extended period of time now, has been his plate discipline. In the past two seasons for Odor, we have all witnessed him swinging and striking out a total of 297 times. 162 strikeouts last year put him in the top 20 out of the entire MLB.

The beginning of Spring Training was ‘smooth sailing’ for Odor, however, this past week we saw the complete opposite. Odor’s numbers look like they haven’t changed from last year’s obstacle of a season.

In three games this past week, Odor went 2-10 with 0 RBI and four strikeouts including three  in Friday’s game against the Mariners. Hopefully, this is just a skid Odor is experiencing, and that he will be ready to contribute with his bat come Opening Day.

Statistics accumulated from MLB.com and baseball-reference.com