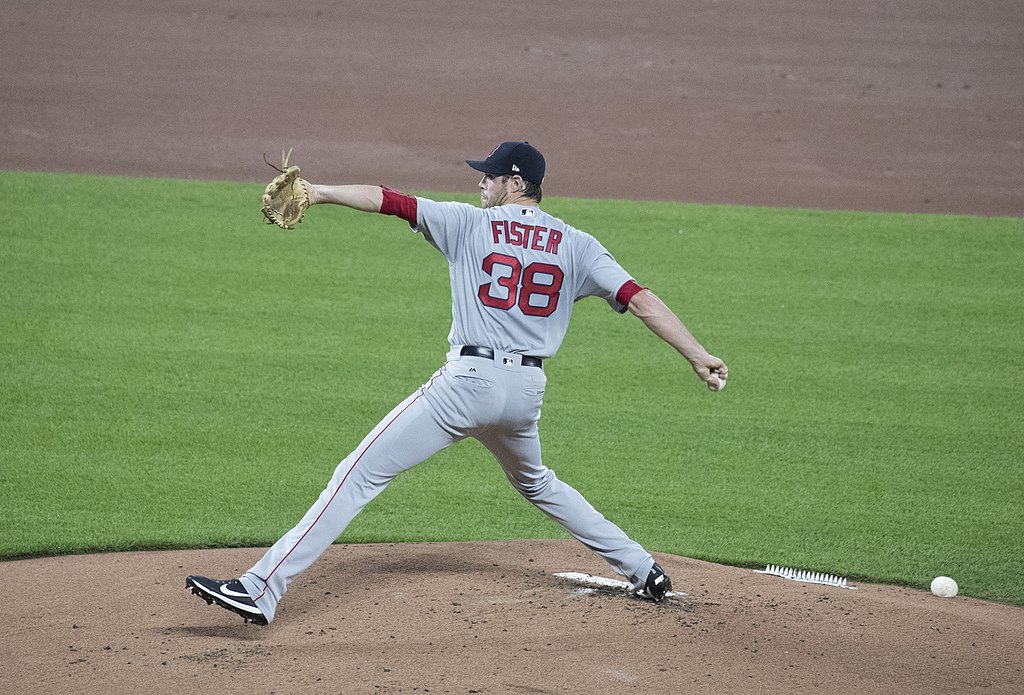 The Rangers enter the offseason with several areas of their roster that need to be improved, but one stands high above the rest: starting pitching.  Texas made its first move to improve their rotation by reportedly signing veteran right-hander Doug Fister.

The signing, first reported by Evan Drelich of NBC Sports Boston, comes before the majority of baseball’s offseason moves will get going once the annual Winter Meetings will commence in Orlando, Florida on December 10th through 14th.  More details reported by SB Nation’s Chris Cotillo state that the deal is for up to $4 million in 2018 (could go up to $7 million via incentives) and that there is a team option for 2019.

Fister, a 33 year-old California-native, spent the 2017 season with the Los Angeles Angels of Anaheim and the Boston Red Sox.  He spent the majority of the season in Boston and had a 5-9 record with a 4.88 ERA in 18 games.  The 6 foot-8 big man had his best season as a Washington National in 2014 where he went 16-6 with a 1.08 WHIP and finished 8th in the National League Cy Young voting (his now Ranger teammate Cole Hamels finished 6th as a member of the Philadelphia Phillies).

The Rangers will be Fister’s seventh team in his career.  In addition to his time in Boston, Los Angeles, Washington, and with the Detroit Tigers Fister has pitched for two of the Rangers’ AL West rivals: the Houston Astros and the Seattle Mariners.  Unfortunately, Fister hasn’t had much fun in his previous trips to Arlington.  He has a career 1-7 record at Globe Life Park in Arlington with a 8.73 ERA in seven career starts there.  That includes a start in 2017 with the Red Sox where he gave up 6 runs over three and two-thirds innings.

At the moment, Fister could possibly shoot all the way up to the number three slot in the Rangers starting rotation behind Hamels and Martin Perez.  This is the kind of deal the Rangers have been giving a lot of veteran pitchers the last few winters.  A starting pitcher who has seen better days, but also isn’t far removed from his previous success.  With the relative low cost, it’s a low-risk/high-reward signing for Texas.  Perhaps Fister could serve the role Andrew Cashner did for the Rangers in 2017 with a solid, consistent, innings-eater role mixed in among uncertainty in the rest of the rotation.

It has been rumored that the Rangers would be unlikely to be in the mix for the costliest starting arms available this offseason, such as Yu Darvish and Jake Arrieta.  It’s more likely that they’d target the next tier of starters that include Lance Lynn and Alex Cobb, two players who have battled injuries but appear to be working their way back to their previous form.  Another interesting option could be that Texas tries to convert one of its bullpen arms into a starter.  The early buzz is that fireballer Matt Bush is the likeliest candidate.

Stay tuned to Dallas Sports Fanatic for Texas Rangers offseason updates as the temperatures outside get cooler and the baseball hot stove gets warmer!