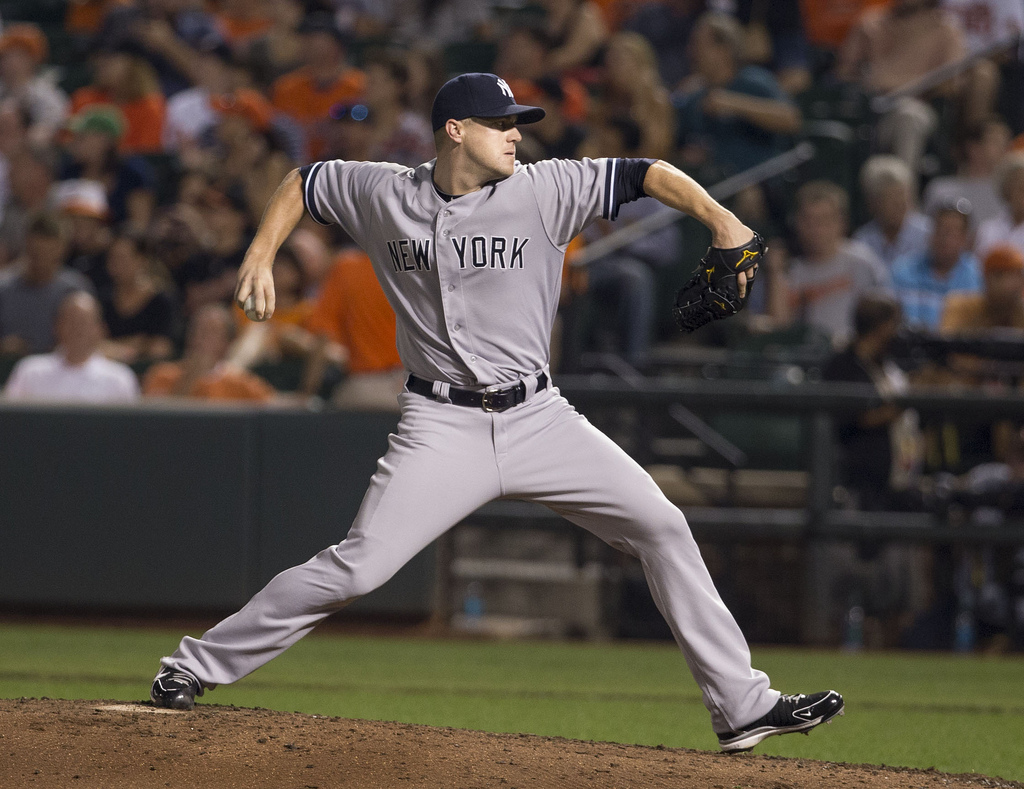 The Rangers officially signed Shawn Kelley to a one year deal with a club option for 2020 on Tuesday. Kelley adds his name to the list of long-time veteran acquisitions the Rangers picked up this offseason. The club announced Jose LeClerc is the current closer which would put Kelley likely the eighth inning man.

Shawn Kelley was drafted in the thirteenth round of the 2007 draft by the Seattle Mariners. He pitched for four seasons with the Mariners (2009-2012). On February 13, 2013, the Mariners sent Kelley a pre-Valentine by trading him to the New York Yankees. Kelley pitched in pinstripes for two seasons. The numbers were a little inflated with New York (understandable due to the carry at Yankee Stadium). Though under those circumstances, Kelley still managed a 4.46 ERA with 138 strikeouts in 105 innings.

In the winter of 2014, the Yankees proceeded to deal Shawn to the Padres. In his lone season as a Friar, Shawn dominated the league with a 2.45 ERA and struck out 63 batters in just over 51 innings. The next season the Nationals picked up Kelley from free agency and he spent two and a half seasons with the Nats. During his time with the Nationals, Kelley picked up eleven saves, something he only did in 2014 with the Yankees (4 that year). Just after the trade deadline, the Nationals and Athletics made a deal that sent Shawn to Oakland with cash in exchange for international bonus slot money. In the last two months of 2018, Kelley allowed four runs in just 16.2 innings and didn’t allow a homer.

While the fastball velocity statically decreased, Shawn Kelley’s fastball spin rate remains the top half percentile of MLB pitchers in 2018. In addition, he has kept a consistent ratio of striking out a batter per inning every season since 2011. The main reason he didn’t hit that mark is that he pitched in only ten games that season. Kelley’s WHIP (walks and hits per nine innings) stayed at 1.00 or below in three of the last four seasons.

Some folks may remember Shawn Kelley from last year on July 31st when the Nationals beat the Mets 25-4. Nationals’ manager Dave Martinez brought Kelley into a 25-1 game in the 9th. In the inning, the Mets scored three runs, two on a Austin Jackson home run. After the homer, the camera showed Kelley spiking his glove down in disgust. According to multiple reports, Nationals GM Mike Rizzo shredded Shawn saying “The act that he portrayed on the field last night was disrespectful to the name on the front of the jersey, the organization, specifically Davey Martinez.” Days after the incident, the Nationals/Athletics deal went through. Shawn’s attitude on the field always displayed fieriness and fierce, which can rub the opposing players the wrong way.

The Rangers are searching for leadership on all phases. In regards to relievers, Shawn Kelley is a good candidate for this role. He is the type of player that can bring out that passion and competitiveness to a relief staff that the Rangers are looking for. He also has experience late in games and can help LeClerc ease into a full-time closer role. If anything else, a good year from Shawn Kelley may open some buyers eyes come July. Trust me, a solid late-inning reliever is golden for any contender down the stretch.