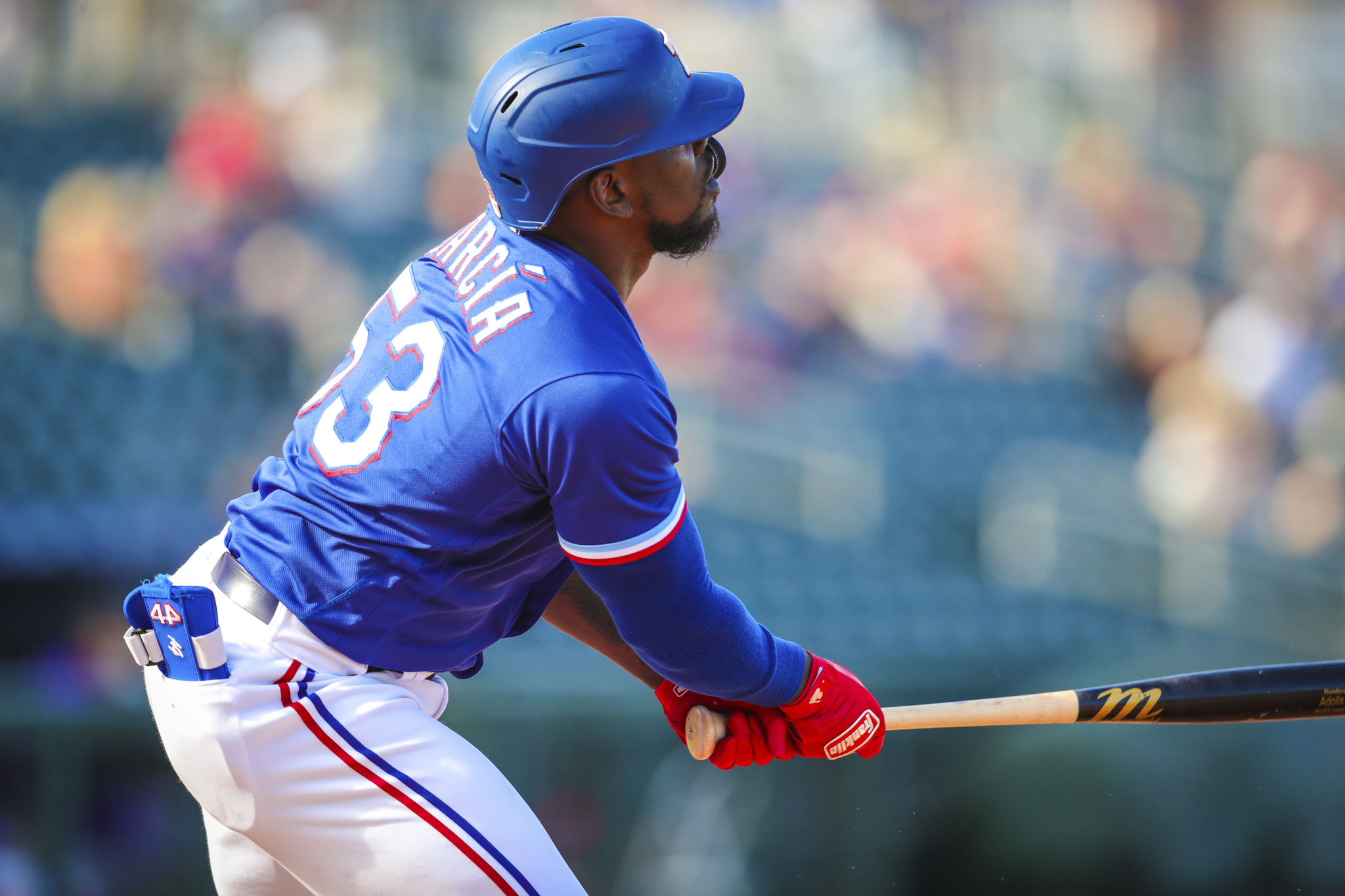 The past two days have been bittersweet for Texas Rangers fans. On the one hand, a fan favorite which the club traded earned his second straight Gold Glove. Despite just nine games played in right field with the Yankees, Joey Gallo won the gold glove in the American League for right field (he played 83 games in RF with Texas in 2021). Then the moment Rangers’ fans waited for. The nomination for the American League Rookie of the Year and Adolis García didn’t make the cut. Yes, he didn’t even make the final three finalists.

Adolis García misses the AL Rookie of the Year nomination

Despite setting Rangers franchise records for home runs and runs batted in for a rookie, Adolis García was left out of the final three nominations. These nominees included Astros pitcher Luis Garcia, Rays infielder Wander Franco, and Rays outfielder Randy Arozarena. You may recall Arozarena in the 2020 postseason, setting the baseball world on fire for his postseason performance. Technically, he entered the 2021 season still considered a rookie (due to service time), which was why he became eligible. Unfortunately, other players didn’t make the cut either for AL Rookie of the Year in addition to Adolis. For example, Orioles’ Ryan Mountcastle, Indians’ (now Guardians) closer Emmanuel Clase (former Ranger), and others.

While I never like to say guys don’t deserve it because of the hard work, it speaks more to the dismissal of what Adolis García did in 2021. None of the three nominees made the 2021 American League All-Star team while Adolis did. Wander Franco played half as many games as Adolis did. Out of the four, Adolis García had a higher overall WAR (wins above replacement) than Luis Garcia and Wander Franco. The bottom line, BBWAA missed the ball on the nominees. At least Adolis García earned the Sporting News Rookie of the Year two weeks ago, which is still a great honor. Now if he was in the top three nomination, would Adolis win it? Honestly, I would doubt that (if we’re speaking on WAR, Arozarena wins Rookie of the Year). However, it feels incomplete to have a player play seventy games fewer with a similar slash line that Adolis García had in 2021.

Yes I know he didn't finish the season as a Ranger, but he played 83 games w/ TEX in RF opposed to 9 in RF w/ NYY, so tab this as a @Rangers Gold Glove.

I don’t know how Rangers fans will feel about Joey Gallo winning a second straight gold glove. It’s likely that plaque if a team is associated, will say Yankees on it despite most of the work in right field was with the Texas Rangers. For me, it’s bittersweet because I know Joey won’t get the chance to win three-straight in right field because of the Yankees’ defensive alignment. So it was curious that Joey became eligible for the gold glove in right field with 92 games, and I thought that the lack of play in right with the Yankees would disqualify him.

Nevertheless, a second gold glove is a significant accomplishment for Joey. It’s like what Gallo said when he discussed making his second All-Star appearance about the validation and the length of success over a while. Joey Gallo prides himself on defense, and now he needs a row of cases for the gloves of gold. So, Rangers fans, you should still smile at this feat. Let’s hope the Yankees bias didn’t push him over the edge. If I know Joey, I know he’s determined to make it a three-peat in 2022.