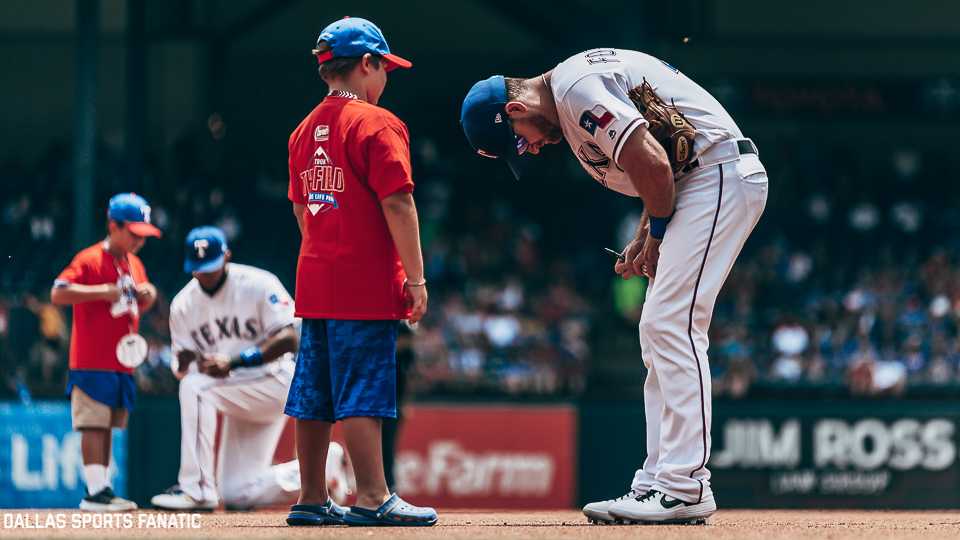 It’s difficult to put into words what fans, players, stadium workers are experiencing. On Monday, a lot of us had the hope towards a resolution of the 2020 MLB season. The MLBPA reluctantly gave the peace offering and said: “name a date and place.” Monday’s news didn’t go how many of us thought. On Thursday before the draft, MLB commissioner Rob Manfred looked straight into the camera, confirming a 2020 season is on the horizon. The details weren’t in place, but there was a sign of hope. Four days after that announcement took place, a turn for the worst happened. The commissioner pulled back, and the certainty and confidence of a 2020 season shifted the other direction. Also, MLB told the players’ association that the only way a 2020 season gets going is if the players waive any legal claims towards the league. Talk about a messy Monday.

Recapping the past six days of baseball restart talks…

MLB on Wednesday: 100% gonna have the season
MLBPA on Saturday: OK, tell us when and where
MLB today: Actually maybe we won't have a season

Source: In a letter today, MLB told the MLBPA there would be no 2020 season unless the players waived any legal claims against the league.

It’s clear to the public, the players, and the fans of the game that MLB is crumbling in shambles. It quite honestly doesn’t make sense. MLBPA entered the negotiations in March, willing to take an initial pay cut because of the revenue drop for a shortened season. After that, there was one primary condition, one-hundred percent pro-rated salary. Every proposal MLB offered included a fraction of the salary, in different increments each time. On Saturday, MLBPA issued out a statement summarizing they are through with negotiations. The players were willing to report as long as that meant playing baseball again. While the result wasn’t ideal by any stretch, the commissioner’s response was a chance of cancellation of the season (as if the situation couldn’t anger players more). It’s a thought that always crossed the mind due to health reasons, but for financial reasons, it’s downright embarrassing.

Honestly, I’m not sure what tactic this will resolve. Is the latest statement from the commissioner another bluff move and create more tension come CBA negotiation at the end of 2021? The players immediately responded with their thoughts (in a kind way)

Man, are we playing this year or nah? Stop beating around the bush and be straight up! It ain’t fair to us (the players) and the fans!

Every day somehow continues to get worse. MLB should be embarrassed… everyone involved. Im embarrassed. This is a joke

You know it’s bad when there’s a petition for your resignation. #BeBetter

This is what happens when you allow people to be placed in powerful positions that don’t love the game of baseball. This is a slap in the face to the people that have dedicated their lives to make baseball special. Never been so disappointed in @MLB.

“The return of sports” on @ESPN tonight should be great TV. 5/6 commissioners have their shit together.

What percent chance is it right now? https://t.co/im1oWc4rXu

At this point, the evidence speaks for itself. The sole fact that baseball has the potential of not happening because of financial agreements is inexcusable. While the NBA is uncertain because of a COVID-19 increase or racial injustice, MLB is preventing the game from growing because of bruised egos. The 2020 MLB season (or lack thereof) will always have a memory between the people witnessing. It’ll be a travesty written inside an encyclopedia that will have folks scratching their heads in the year 2100. One piece of advice, start looking for a hobby after the 2021 season because I feel confident the CBA negotiations will be as ugly as that GEICO Cavemen spinoff show that somehow aired 13 episodes on ABC in 2007.

On the other side, enjoy your Rangers’ making light of a tough time, and put together a summer ball coaching staff.

You’re in.. I got @thearn14 pitching coach. @11WillieCalhoun third base coach @Nick_Solak bench coach @JoeyGallo24 first base coach… anyone else?