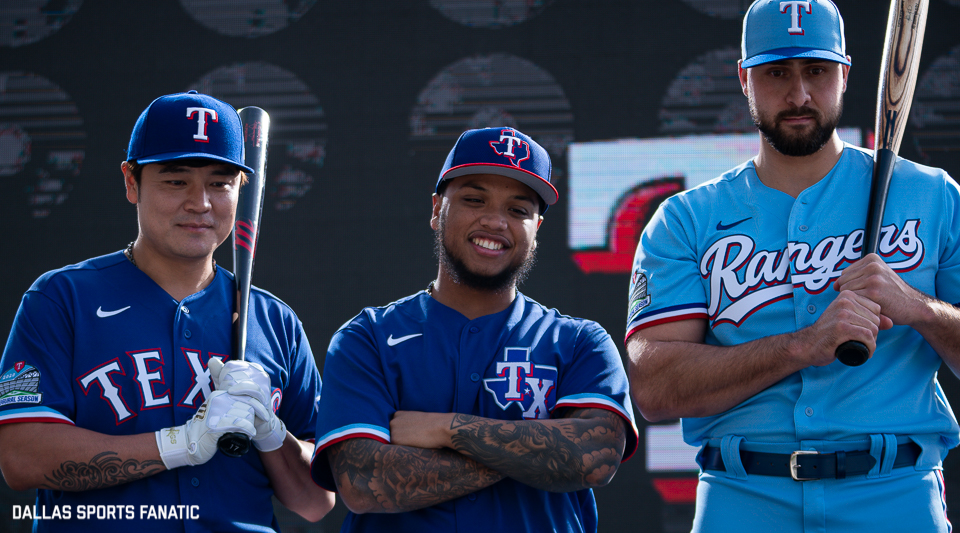 The first homestand for the Rangers concluded with a monster 7-4 victory on Wednesday against Arizona. For the first time in the crazy 2020 season, the Rangers pack their bags and head outside Arlington. The circumstances this season for road teams are a whole lot different than in any other season. Teams have to continue the current health protocol and relegate to their hotel rather than enjoying city life. For the Rangers, this road trip has an odd feeling to it. Texas heads to the Bay Area to take on the Giants and Athletics. On the rare occasions the team plays Oakland and San Francisco back-to-back, the club stays in the same hotel throughout the road trip. While this fact wasn’t confirmed, it seems logical for the team to continue this tradition.

The Miami Marlins outbreak on Monday could initiate some fears within players traveling on the road. MLB postponed the Yankees and Phillies series since Miami visited Philadelphia and used the Phillies’ visiting clubhouse this past weekend. There’s a lot of trust involved within Major League Baseball. Players may trust their teammates and their organization. Still, it also means trusting the other twenty-nine organizations, for example, believing that everything checked out well with the San Diego Padres. They used the Giants’ visiting clubhouse Tuesday-Thursday before the Rangers enter there. “I’m pretty confident that we should be fine,” Rangers manager Chris Woodward said to me before Wednesday’s game. “But it’s on our players, and it’s the responsibility of all of us to kind of do what we are told as far as following those protocols, and we should be okay.”

The early fallout from the coronavirus outbreak in the Miami Marlins' clubhouse is here: The Marlins have been shut down through at least Sunday. No games. The Phillies' series vs. the Orioles has been postponed, and instead the Yankees will play Baltimore tomorrow and Thursday.

Other Rangers players weighed in about the strange experience forthcoming. “I think we’ve seen how fragile everything is and how it can fall apart if all the boxes aren’t checked,” Mike Minor said, “That’s the biggest thing you can do is follow the protocols.” Meanwhile, Joey Gallo feels there won’t be much of a difference. “During the season, at least position-player wise, we’re playing every day, so we’re not out touring the town and going to bars every night,” Gallo said, “You go home from the field, and you play video games, you go to sleep, and you go to the field the next day.”

All Miami Marlins players at their alternate camp site in Jupiter, Florida tested Negative today for COVID-19. These players are currently eligible to play for the club when they resume next week.

Todd Frazier meantime, credits how the Diamondbacks were handling the situation. “It’s going to be huge. I was talking to the Diamondbacks’ first-base coach, Dave McKay, and they’ve been on the road 11 days with zero positive tests. That goes to show you the discipline they’re using, and we really have to do it.” Frazier added later, “We can be like the Jersey Boys on the street corner trying to play dice or whatever lucky game you want to play. We’ll figure it out. Let’s pretend we’re kids and have a little fun.”

Fans will have somewhat of a different experience this weekend when the Rangers go to San Francisco. Dave Raymond and CJ Nitkowski will call this upcoming series, and all road games for 2020, from an empty Globe Life Field (confirmed by CJ). I had a chance to witness snippets of the Rockies broadcast on opening day. Honestly, it felt like a typical broadcast. Sure, the Rockies broadcast had a few more shots of the cardboard cutouts, but the crew segued them in nicely, and it didn’t feel much different than watching a regular AT&T Rocky Mountain broadcast. I think it’ll feel different in the first game, and by the end of that, it’ll have the same road game feeling like any other Rangers away broadcast.

The Rangers look to continue their momentum to the Bay Area and make a dent into the American League West. Sure, the first homestand wasn’t ideal, but it doesn’t look like anyone in the division is starting the gate on fire. Patience will be the motto for the 2020 season.

.@Rangers head to the west coast Friday to take on the @SFGiants! Catch the action on @FOXSportsSW #TogetherWe pic.twitter.com/UvccEKNyec