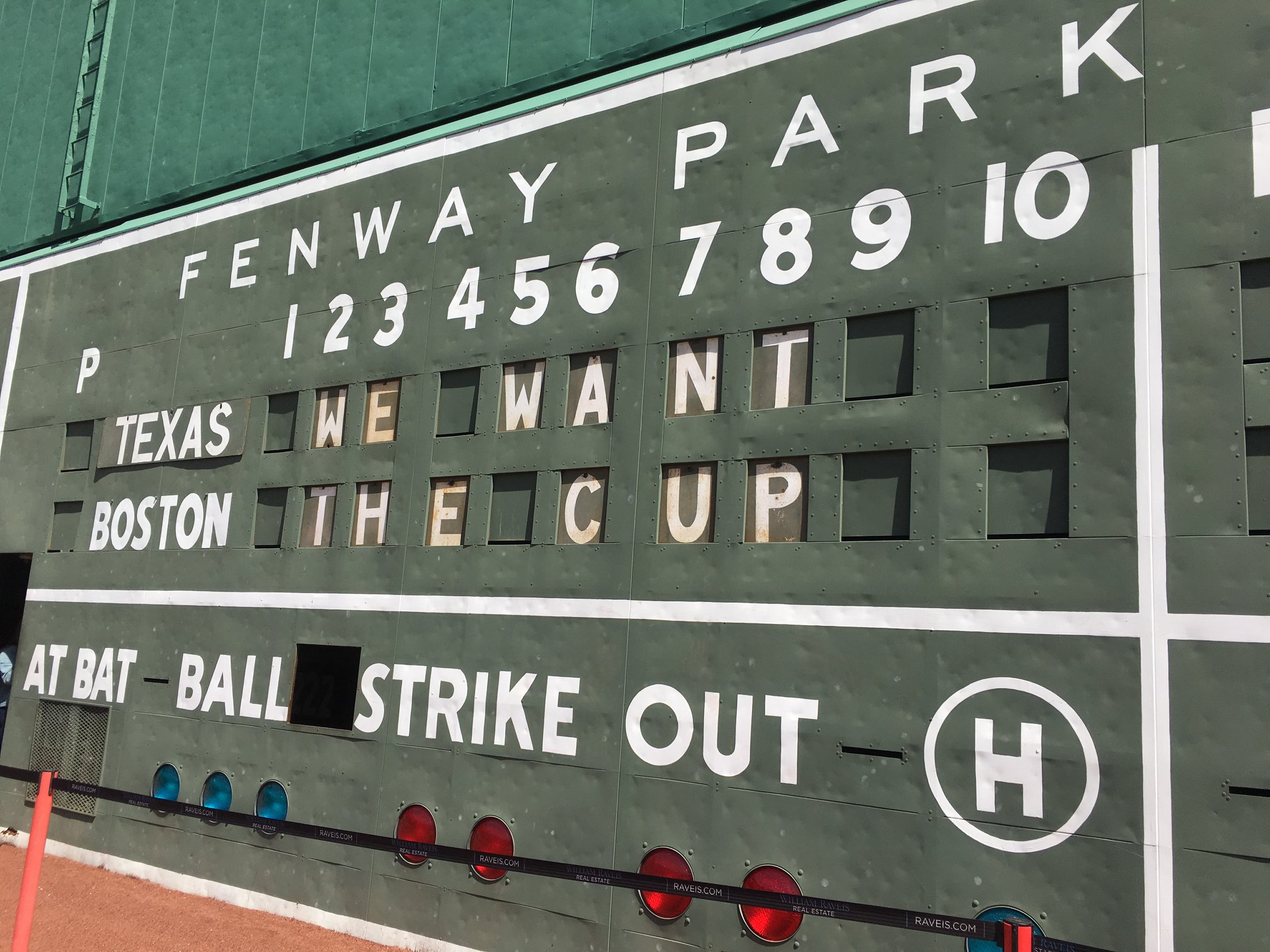 Rangers Blast From the Past: A near miracle comeback at Beantown gets “Youk’ed”

Rangers Blast From the Past: A near miracle comeback at Beantown gets “Youk’ed”

It started as poor as it could for the Rangers. The Red Sox put a historic ten-run first inning against Rangers’ starter Scott Feldman. It was Boston’s first ten run inning since June 27th, 2003 against the Florida Marlins at Fenway Park. The inning was highlighted by two three-run home runs by David Ortiz. I remember watching this game, and dinner finished right before the first pitch. After the ten-run inning, the Rangers scored two on rookie Chris Davis’ two-run single off Charlie Zink, who made his MLB debut that night.

After the second inning, my family essentially called it quits on the game. The only televisions available to watch were the living room and my parents’ rooms. No, our family did not tune in to a reality show called “my sons can clean the garage faster than yours” (a joke by Red Sox announcer Jerry Remy, RIP). Every 20-30 minutes after the second inning, I remember going to check and see what was happening. Then about the fourth check, it was the fifth inning, and Frank Catalanotto doubled to make it a 12-6 game. I thought to myself, no way are the Rangers going to come back down 10-0. I go back to my parent’s TV about 20-30 minutes later, and it’s 12-10 Boston. With that observation, I stayed and watched the rest of it.

Ian Kinsler puts a finishing touch on an eight run inning for the Rangers.

I got weary because the Red Sox added another two runs on a home run by Kevin Youkilis, putting Boston up 14-10. However, the Rangers offense didn’t step off the gas pedal. Texas scored five runs in the sixth inning on four hits, an error, and two sacrifice flies. Ian Kinser’s sacrifice fly officially put the Rangers up 15-14 and completed a ten-run comeback. Both teams traded a run in the seventh inning as the game went to the bottom of the eighth inning, 16-15 Rangers. Texas’ manager Ron Washington brought out Frank Francisco in his second year managing the club to start the eighth. Francisco entered the night with thirteen holds in forty appearances. The inning started OK, recording two outs while walking Jacoby Ellsbury. After Dustin Pedroia drove in a run with a double, Washington decided to walk David Ortiz. It was the right call considering Ortiz homered twice in the game. However, Francisco hung a 2-0 slider to Kevin Youkilis with shouts of “Youk” happening. The Red Sox regained the lead 19-16.

1) This was Chris Davis’ rookie year
2) Rangers erased a 12-2 and 10-0 deficit
3) Kevin Cash was the Red Sox catcher in this game
4) can we talk about the great slide at home by @fcat27 pic.twitter.com/MynZAchcpo

Texas had to fight against Jonathan Papelbon, going for his 32nd save of the season. Texas didn’t go down quietly. Marlon Byrd reached on a Youkilis error, and Brandon Boggs drove him in by going the other way with a fastball. Texas had the tying run at the plate with one out, but Papelbon got Gerald Laird to fly out and Chris Davis to lineout. The Rangers couldn’t pick up the win despite erasing a ten-run hole after one inning. The Red Sox prevailed 19-17. “Yea, in college. I think a lot of times,” Youkilis said after the game when asked if he’s ever been a part of a game like this. It remains one of the best games I’ve watched, and a reason why it’s not over until the twenty-seventh out is made.

Chris Davis ended it with a soft lineout. 19-17 Red Sox beat the Rangers

Also it was the game that shelved Mike Lowell for three weeks in 2008. pic.twitter.com/mXc5RIPpKM

He came THIS close to having a 3 Home Run Game (probably should have). pic.twitter.com/0xhooh0wNK