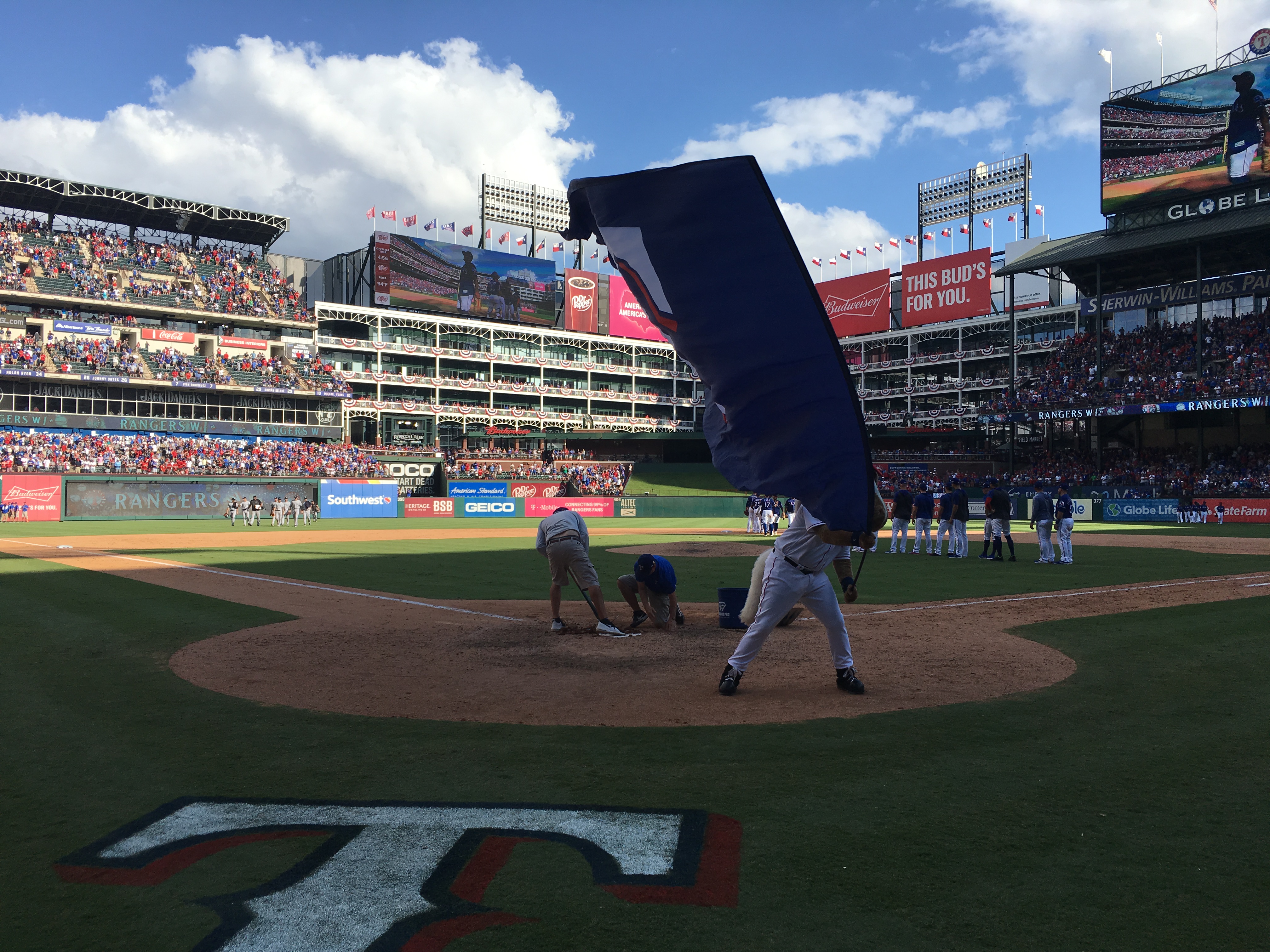 Rangers Blast From The Past: Jose Trevino’s emotional walk-off completes comeback vs Rockies on Fathers Day

Rangers Blast From The Past: Jose Trevino’s emotional walk-off completes comeback vs Rockies on Fathers Day

Fathers Day is a day we, as individuals worldwide, celebrate dads and father figures for the impact they made in our lives. As Father’s Day approaches, I recall a recent game of emotion and resiliency (two years ago to this exact date). On June 10, 2018, Jose Trevino became a dad. He welcomed his son, Josiah, to the world. Five days later, a minor leaguer’s dream came true. Trevino made his major league debut that Friday evening against the Rockies (taking over for the injured Carlos Perez). Sunday’s finish capped off a week of a lifetime for a baseball player and a father, creating an unforgettable Fathers’ Day experience.

DJ LeMahieu homered off Rangers’ starter Yovani Gallardo to begin the game. After that, you can use one word to describe the first three innings, pitching. In the top of the fourth inning, the Rockies strung four straight baserunners and scratched three runs to take a 4-0 lead. The bottom of the sixth started a chaotic three and a half innings. The Rangers had the first five men reach base off Colorado ace, Jon Gray (with two errors). All five men came into score capped off with a Jurickson Profar three-run shot, and a 5-1 deficit turned to a 6-5 Texas lead. However, just as quickly as fans cheered, they were forced to jeer. The Rockies rallied to hang a five-spot of their own with five consecutive hits off Alex Claudio and Jose Leclerc, taking a 10-6 lead at a stretch.

So far in this game, the most exciting thing to happen: @EmilyJonesMcCoy blowing a vuvuzela into the microphone.

I wonder if Emily kept that vuvuzela? #Rangers pic.twitter.com/4v4J83acmP

The Rockies’ bullpen showed areas of self-destructing on that Sunday. In the seventh, the Rangers scored three runs thanks to another Profar clutch hit. The ballgame entered the ninth as Texas trailed 10-9, and Jesse Chavez entered the game. Unfortunately, Irving-native Trevor Story,burned his hometown team with a two-run home run, and the Rangers had the tall task in facing an All-Star closer in Wade Davis down three in the ninth.

Wade Davis’ control was all over the place in the ninth. Five of the first six Rangers reached base with only one hit in the inning (Rougned Odor’s single to right). Bases were loaded, one out, and the tying run was at second base  in a 12-11 game. Jose Trevino came up to the plate. Trevino did not start the game, but Jeff Banister inserted him after Adrian Beltre pinch-hit for Robinson Chirinos in the eighth inning. On a 3-2 pitch, Trevino cued a jam shot fastball right over Trevor Story’s head, and in front of Carlos Gonzalez. The excellent baserunning by Odor and Isiah Kiner-Falefa made the moment possible. On his first Fathers Day in the majors and as a father, Jose Trevino became the hero for the Texas Rangers.

And there it is! @HipHipJose5 with the game-winner capping off a 4-run ninth on his first Father’s Day as a dad himself. #Rangers win 13-12 over the #Rockies.

My next question: Did @JoeyGallo24 rip the buttons off the jersey? It looked like it didn’t make it post celebration. pic.twitter.com/whBWY4zE2v

The emotional part came after the game with a postgame interview with Emily Jones. Unfortunately, Jose was unable to cherish the moment with his dad in person as his Father passed in October of 2013. But, that doesn’t mean his Father wasn’t looking in from above. Emily asked Jose after the game about what it means to have his infant son Josiah at the game. Jose responded, “A lot, I can’t wait to tell him about it.” Josiah celebrated his second birthday recently, and I wonder if the wait is over and Jose told Josiah about this magical Sunday in June 2018.

2 yrs ago… what a week! pic.twitter.com/opzsxy6ypw