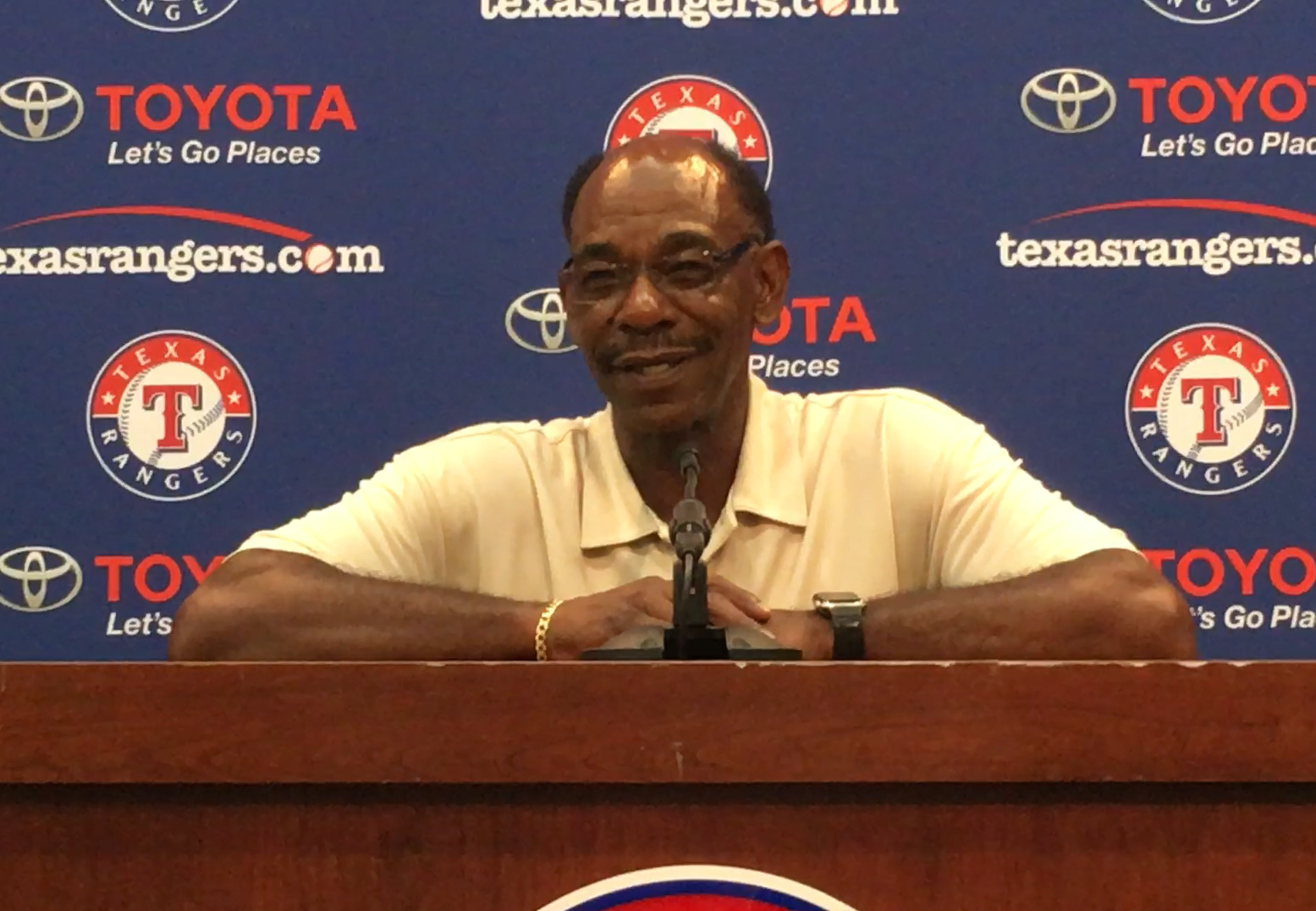 Rangers’ Blast From the Past: Texas claims its first AL West title in 11 years.

Rangers’ Blast From the Past: Texas claims its first AL West title in 11 years.

2010 became the magical year for the Texas Rangers with a few games standing out, like the Rangers walk-off against the Yankees where Jeff Francoeur hit Mariano Rivera. Or how about a dramatic walk-off win on opening day? In looking back to one of the most fun seasons, one regular season game stands out: the day the Rangers clinched the division for the first time in eleven years.

It was a Saturday afternoon in Oakland and an unusual 85 degrees at game time. Initially, there was no television broadcast scheduled due to the 3 pm window blacked out exclusively by FOX. That’s the one thing I remember growing up watching Rangers’ games, the only games that didn’t air on TV were Saturday road games in Oakland. However, due to the importance of the game, FOX lifted the blackout, and the Rangers TV crew broadcasted the game on KDFW FOX 4 with the Josh Lewin, Tom Grieve, and Emily Jones trio.

The Rangers sent young 23-year old Derek Holland to the mound to counter the Athletics’, Gio Gonzalez. One of the story lines coming into the game was the Rangers’ offense. The club broke out the game before with eighteen hits and ten runs, but previously the Rangers were a combined one for fifty-one. “We’ve been through spells like this before,” Rangers’ manager Ron Washington said on the FOX broadcast. “We just couldn’t get anyone to pick up an RBI, and last night we broke out.” After the Athletics struck first on a RBI groundout, Michael Young did his thing with a solo home run to left, tying the game at one.

Of course in one of the more memorable regular season games in #Rangers history, Michael Young has to be involved.

Five innings went by, and both Derek and Gio were on their A-Game until a terrific at-bat by Francoeur moved Ian Kinsler to third and brought up Jorge Cantu. Cantu was a trade deadline acquisition the club made from the Florida Marlins, a hitter with an excellent power track record. However, that track record didn’t translate to the Rangers. Cantu went 83 plate appearances without a RBI to start his Texas Rangers tenure, a franchise record. In the sixth inning, that changed. Cantu ripped a single to left scoring Kinsler, and with some great base running by Elvis Andrus the Rangers looked strong up 3-1. Unfortunately, the Oakland Athletics’ showed their resiliency. Cliff Pennington homered off Clay Repada, tying the ballgame at 3. It was the A’s 92nd home run for the season, and it was the first hit Repada allowed in his first ten appearances in the majors.

The legend of Jorge Cantu! The dude had 0 RBIs as a Ranger in his previous 83 at-bats coming into the AB before this one where he hit a RBI single. #Rangers pic.twitter.com/xUsHOqps7T

The wind out of fan’s sails deadened until Jorge Cantu to the rescue. Cantu launched a shot to left-center field (his 11th total with Florida and Texas), reclaiming the lead for Texas in the eighth. After that, Ron Washington didn’t fool around. The Rangers brought out their rookie closer, Neftali Feliz, with two outs in the eighth against Kevin Kouzmanoff for only his second save of more than three outs. The four-out save (38 on the season) broke Seattle’s Kazuhiro Sasaki’s record of saves in his rookie season. The Rangers celebrated a feat the club hadn’t reached in eleven years and ended up attaining a goal the franchise never reached the World Series.

A few things to consider in this game

And that’s how it ends. #Rangers. I forgot what a nerve racking game it was. Texas Rangers 2010 AL West Champs. pic.twitter.com/4FCjcCafHF

You can relive the Rangers’ magic here.