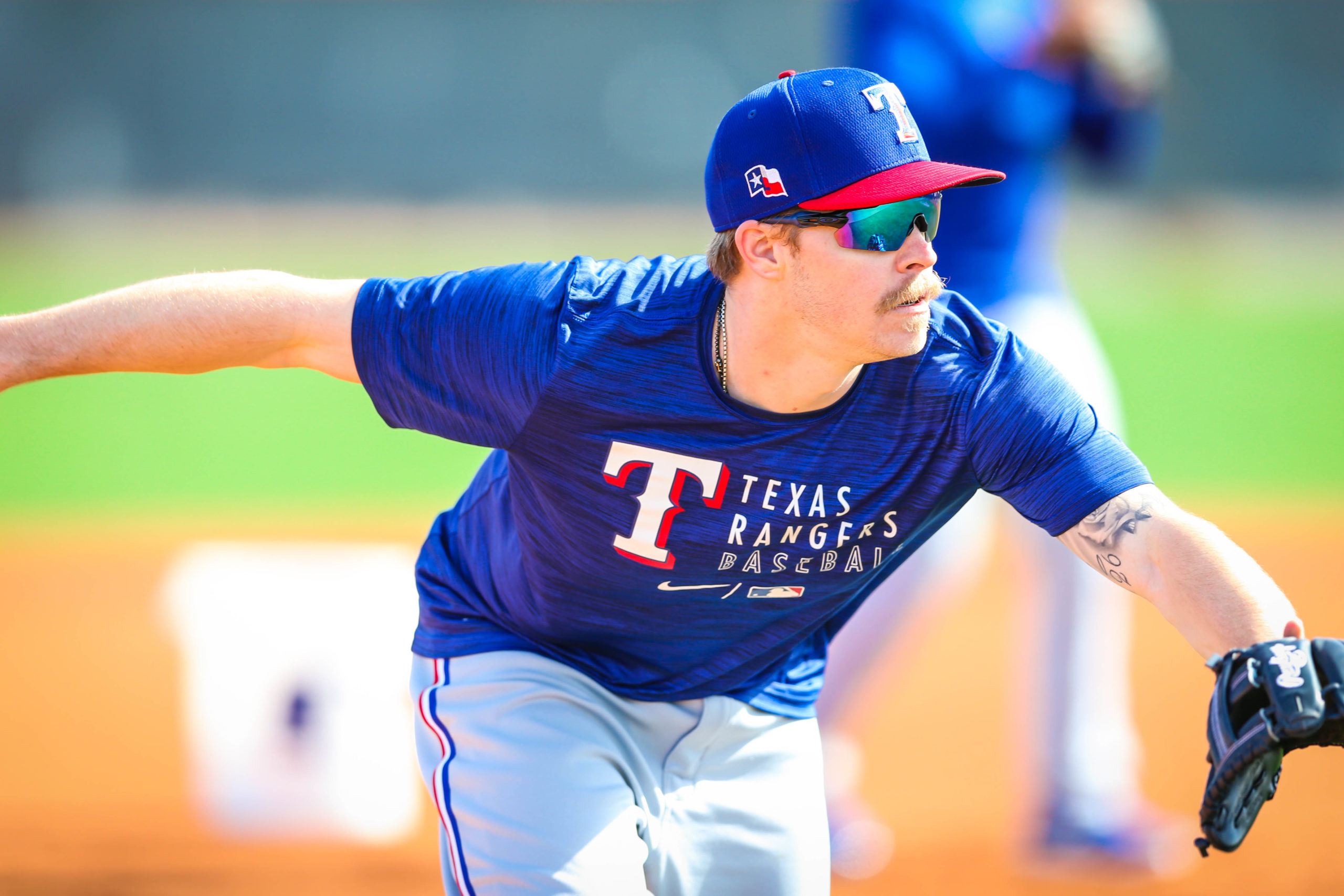 The Rangers fell 12-3 on Saturday in an ugly loss to the A’s. The game started nicely with Adolis García’s 450-foot massive shot putting the club up 2-0, something they hadn’t done since July 10th. However, the wheels fell off the wagon not long after that. Oakland put up seven runs in the third, three in the fourth, and two in the fifth. Texas threw nearly 120 pitches in four innings. However, Saturday’s game provided one of the most entertaining half-innings I’ve seen in a decade.

This is the greatest thing I’ve ever seen on a baseball diamond. Thanks to Brock Holt. #straightuptx pic.twitter.com/61Oz8RXJb0

Rangers’ veteran Brock Holt warmed up in the top of the eighth inning. I thought if a position player pitched, it would be Charlie Culberson.

“Me and Charlie argued back and forth on who would get to pitch. Charlie was already in the game, so I won the argument, and he got to pitch already this year,” Brock said after the game. The inning ended, and Holt stepped to the mound. Brock’s only two pitching appearances came last season with the Washington Nationals. His first didn’t go well with four runs allowed, but he allowed a hit and recorded an out in his other appearance. I’ll be honest; I never saw those two appearances, so the first thirty-one mile-per-hour eephus pitch caught me by surprise.

The pitch trackers said he didn’t throw a pitch less than sixty miles-per-hour in his first outing and threw one in his second. How would Brock Holt classify those pitches? “I guess you call it the eephus,” Holt told me after the game. “I don’t know. On the iPad, it called it a couple of curveballs; it called it a couple of sliders. The spin rate on those pitches wasn’t very high. That’s something I have to work on.”

"The plan was to see how slow I could throw it and still throw strikes, so I was able to execute my plan to perfection today."

Brock Holt does not lack confidence on the mound 😂@Rangers | #StraightUpTX pic.twitter.com/WwNIuzBacN

The defense also stepped up in the eighth inning. Newer Ranger, DJ Peters, made a fantastic catch to rob Tony Kemp of extra bases. Before that, Charlie Culberson gathered an outfield assist, his first outfield assist since his time with the Atlanta Braves. “I thought Kemp might have gotten me there off the wall, but DJ made a nice play,” Holt told me. “Chappy tried to stretch it to a double, and Charlie was able to get an outfield assist for me. Big defensive plays in a game where if I’m on the mound, it’s hard to keep your focus there.”

The Rangers’ road losing streak extends to thirteen with Saturday’s fall down. Texas currently holds the worst winning percentage in baseball on the road (13-42) and has lost thirty-four of their last thirty-eight road games dating back to May 10th. Things may look dreadful outside of the top of the first, but at least fans that stuck around witnessed some fun entertainment. Oh, and Brock Holt is a blast.