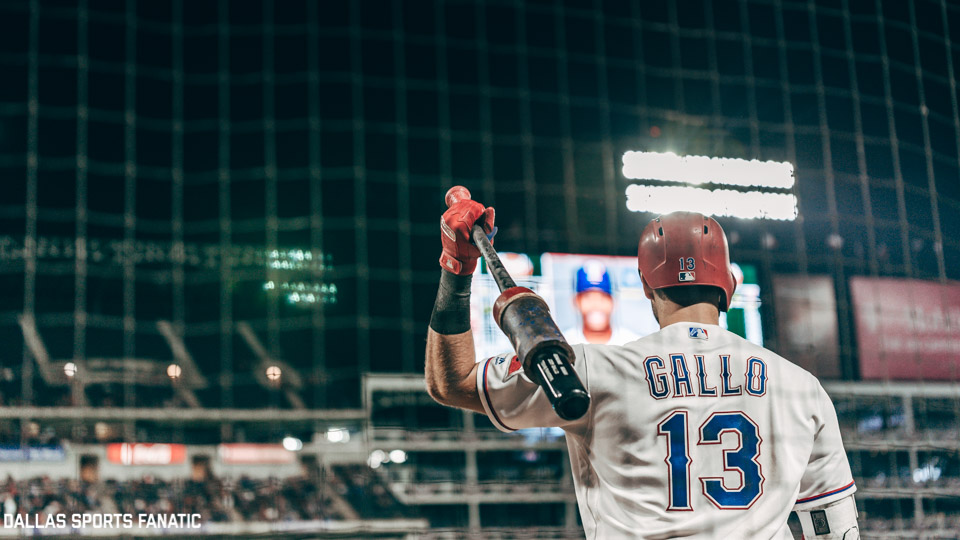 Rangers continue climb back up the mountain in Toronto

Rangers continue climb back up the mountain in Toronto

The weekend started off right for the Rangers north of the border on Friday night.  Even with a third of their opening day lineup and possibly their three most popular players in Adrian Beltre, Elvis Andrus and Rougned Odor all on the disabled list, Texas has actually done a decent job keeping their head above the water all things considered.

Jeff Banister’s crew started their three game series against the Toronto Blue Jays on Friday night with a 6-4 win at Rogers Centre led by the increasingly hot bats of Joey Gallo and Nomar Mazara.

The team’s young studs combined for five hits and drove in four runs for the Rangers in the top of the first inning.  Despite Texas forfeiting the lead within the next few innings, Texas regained the lead for good when the aforementioned Gallo and Mazara crossed the plate on 2-run single by first baseman Ronald Guzman in the sixth inning.

The win improved the team’s record to 10-17 and made it just the second time the team has won consecutive games one month into the season.  The Blue Jays and Rangers will continue to battle Saturday and Sunday with the following starting pitching matchups:

Big Sexy and one poor bull’s worst enemy take the mound for the Rangers over the weekend and the pair bring very different approaches to the table.

The fast working approach for Colon has been what has made him successful so far this season.  Even though he occasionally can get knocked around a bit, he also is able to boast an impressive .86 WHIP in 24.1 innings in April.  On the flip side, Perez fidgets and takes lots of time between pitches when people are on base… which is a lot so far this season with his 2.4 WHIP.

In his only career start at Rogers Centre in Toronto, Perez allowed no runs over five innings but walked three batters.  Colon, twenty plus years into the majors, has a bit more experience pitching on the turf in Toronto with 15 career starts and a 4.68 ERA.

Outside of the pitchers, one thing to watch closely is the Rangers’ questionable outfield defense playing on the unforgiving surface at Rogers Centre.  This was on full display on Friday night when Texas gave up the tying run when Joey Gallo severely misplayed a ball that bounced above the reach of the 6’5″ left fielder and all the way to the wall.

Nomar Mazara has been a below average outfielder all season and Delino DeShields has played above his means since coming back from the disabled list last Sunday.  Hopefully no funny business in the outfield severely affects the outcome against the Rangers this weekend.

This weekend series against the Blue Jays is already the last time the Rangers will play Toronto this season, so get your fix of them before it’s too late.  The good rounds of the NFL draft are already over, so give the Rangers some time this weekend, what do you say?