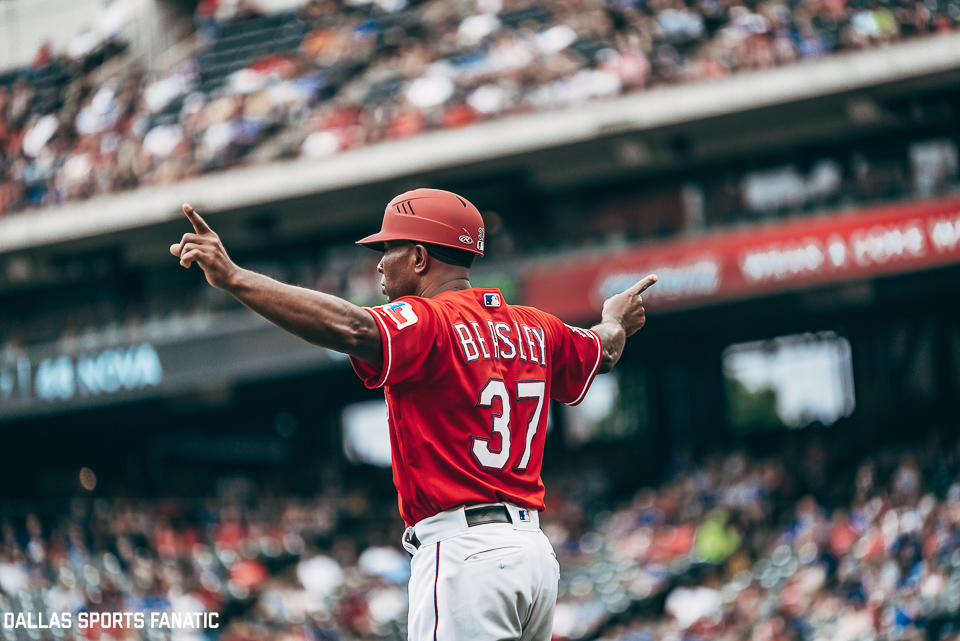 Player of the Game: Ronald Guzman’s success at the plate blossomed on Tuesday. Guzzy homered off Stumpf to dead center in Detroit (something very difficult to do for any power hitter). Guzman also hit a sacrifice fly in the eighth inning. Ronald credited the presence of Joey Gallo to add an extra “oomph” to the home run in the sixth inning.

Stat: Jesse Chavez made his first start this season. It was Chavez’s first start since July 30, 2017, against the Blue Jays. Chavez pitched 164.1 innings in between starts. It didn’t faze Jesse, he pitched 6.1 innings, gave up five hits, and an unearned run.

Player of the Game: Willie Calhoun got locked in on Wednesday. He had a three-hit game, including one of three home runs hit in the fifth inning off Tigers starter Matthew Boyd. Willie also scored on a Ronald Guzman sacrifice fly, from second base. All three of Willie’s hits were for extra bases.

Willie Calhoun scored from second on a sac fly pic.twitter.com/uE1Rm2jshq

TEXAS #RANGERS FRANCHISE RECORD…@_ronaldguzman has the most consecutive games with a sacrifice fly in Rangers history with 3.

Player of the Game: In his third game of the injured list, Joey Gallo homered twice on Thursday. It marked his eighth multi-home run game of his career. Gallo launched one to right field and lifted the ball the other way to left-center field. There was a question on how Gallo’s approach would respond after the oblique. While he’s not 100% (and really no one on the roster is), Joey looks great in the outfield and at the plate.

Player of the Game: Lance Lynn had his longest outing of the season. On Friday, Lance went eight innings, only three hits and one walk. Lynn struck out ten Rays on 112 pitches. It was the sixth time Lynn threw 110 pitches or more in a start.

Stat: With the strikeout of Ji-Man Choi, Jose LeClerc extended his streak of consecutive outings with a strikeout to 28 (franchise record). The last outing without a strikeout was on April 15 this season against the Angels. LeClerc faced one batter and threw seven pitches in that outing.

Player of the Game: There wasn’t as much to cheer about Saturday. However, it was an overall positive outing for Adrian Sampson. After a rocky second inning, Sampson cruised to earn a quality start. Sampson struck out seven Rays. Sampson’s slider was effective down in the zone throughout the afternoon, especially to left-handed hitters.

Stat: Rangers struggled on Saturday against Brendan McKay, making his Major League Debut. McKay was the Rays’ fourth overall pick in the 2017 draft. McKay took a perfect game into the sixth inning before Danny Santana ended it with a bloop single to right field.

Brendan McKay is 4th LH starter to make his debut against Rangers in last 5 years. Rangers hitting .232 against those guys, but have won 2 of the 3 games.

Player of the Game: Jesse Chavez added another quality start to the mix. Chavez pitched six innings with three earned runs allowed (did allow an unearned run). Jesse also did not walk a single Rays hitter and struck out eight. He extended the Rangers quality start streak for the Rangers starting staff to seven straight games.

Stat: The Rangers dropped their first series since May 24-26 against the Angels in Anaheim. Since that point, the Rangers had either won or split the next nine series (6-0-3).

ARE YOU KIDDING!?@JoeyGallo24 just DEMOLISHED a baseball and it still hasn't come down from the catwalk!#TogetherWe pic.twitter.com/keJvTV8KyM

Weekly Thought: The Rangers took care of business in Detroit against a struggling Tigers team. In the three-game sweep, the Tigers never led in any game, and the Rangers starters allowed one earned run in the series while pitching 22.1 innings (Brandon Dixon home run on Wednesday). However, the club ran into a buzz saw called the Rays pitching staff in Tampa. In eighteen innings, the Rays starters allowed nine hits to a potent Rangers lineup.  It’s a positive road trip despite an undesired end for a club that before dropped 21 of 35 road games in 2019.

The Rangers get their fourth of six cracks against the Angels. This visit is the Angels second trip to Arlington, a place they got swept at in Mid-April. Mike Minor slates to get the call on Monday against the Halos, a club he pitched his first career MLB complete game shutout against (April 16th). At this point, the season series splits between the teams at five wins each. Between June 8th and June 28th, the Angels won twelve of their eighteen games including sweeping the Dodgers in two games and splitting in four against the Rays in Tampa.

The Rangers get their first look in 2019 against one of the dominant offenses in the majors. The Twins are averaging 5.74 runs per game this season (Rangers averaging 5.43), and have hit 156 home runs in 2019. The Twins have eight players with double-digit home runs. What makes the Minnesota offense more incredible, the Twins have struck out the fourth fewest in MLB with 656 strikeouts. The Rangers pitching staff certainly have their hands full in Minneapolis to end the unofficial first portion of the season.

The Rangers’ schedule to begin July gets difficult with twenty of the next twenty-three games against teams .500 or over (exception is July 22-24 in Seattle). Folks aren’t too sure what to make if this club is a serious contender or not. However, just the thought of playing meaningful baseball on the fourth of July is remarkable considering a lot of people outside the clubhouse projected this team as a ninety-five loss team and a complete seller at the trade deadline. At this point of the season, the top goal is to catch the Houston Astros obviously. However, if the Rangers can stay in a wildcard position or in prime striking distance at the end of this tough stretch, the trade deadline gets a whole lot more intriguing (and that’s a good thing), right “All-Star” Joey Gallo?