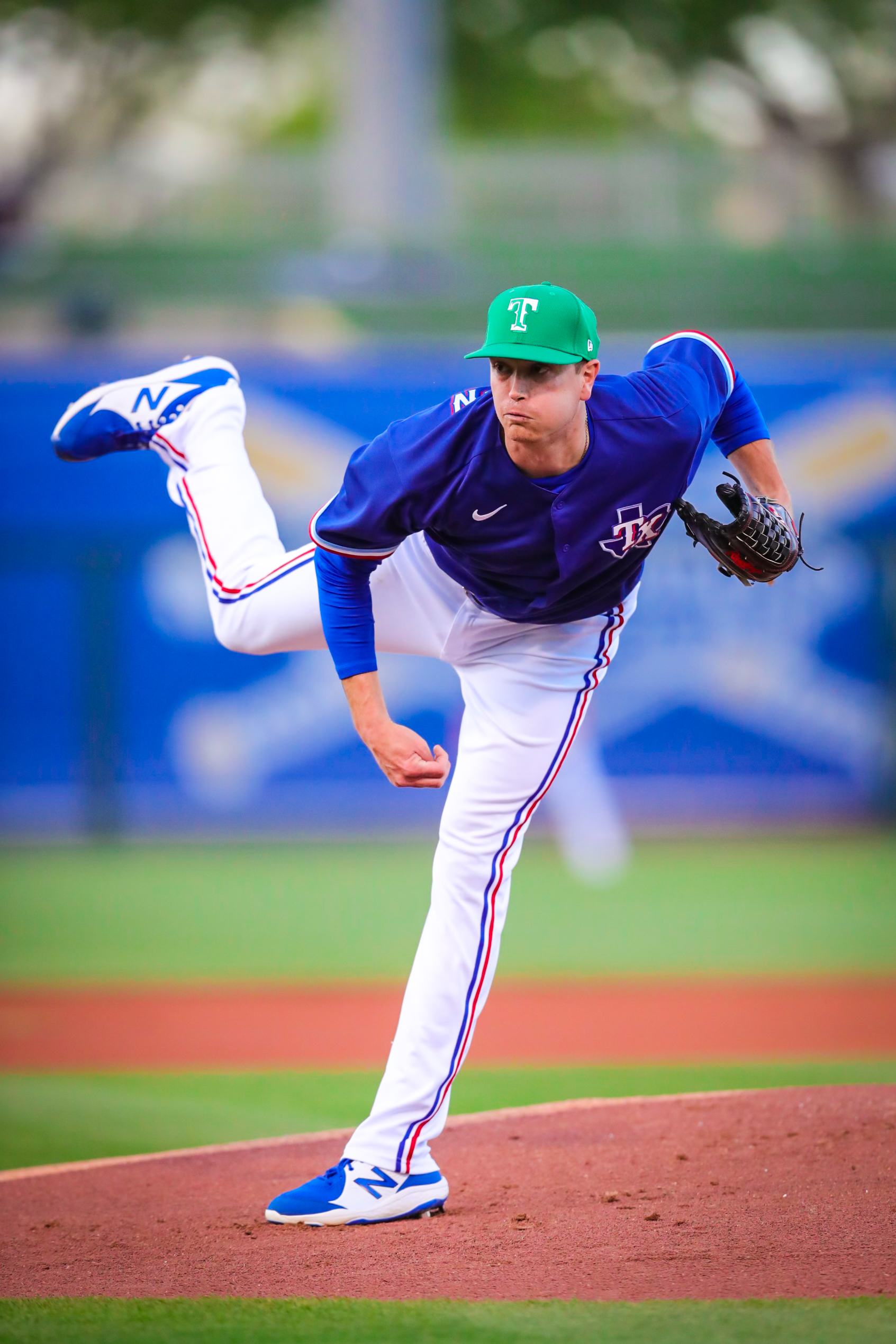 The Rangers end their 2021 Spring Training in Arizona Sunday against the Cubs. At this moment, three roster spots are remaining (two nearly confirmed Saturday). The last roster spot depends on a couple of things. One is if the Rangers want to carry an extra pitcher in the bullpen. If the club decides to do that, then the Rangers have twelve position players and four bench players (one spot includes backup catcher Jonah Heim). For a young team and a young pitching staff, that could be viable since the first National League road game isn’t until May 10th at San Francisco.

Ian Kennedy and Matt Bush not officially on the roster but #Rangers manager Chris Woodward counts on it. A lack of a roster move is what the holdup is right now.

If the Rangers decide to go with a fourteen-man pitching staff, then the position player competition is over (with Nate Lowe and Ronald Guzmán announced to the roster), and all of the spots filled up. However, if the club decides to split the pool at thirteen for pitchers and thirteen for position players, one spot remains. The likely candidates are Adolis García and Charlie Culberson.

On Friday, I asked Rangers manager Chris Woodward if the club needs to add another left-handed to the Opening Day roster. “I think that’s enough,” Woodward responded. Woodward also said that Brett Martin could be ready around or just after Opening Day, which may be why the Rangers haven’t confirmed Ian Kennedy and/or Matt Bush to the Opening Day roster in Kansas City. “We have three we already told. If we use two of those in a tandem, then we have an extra guy. If Brett is ready shortly after, then we have two,” Woodward told me. Woodward said on Saturday that Willie Calhoun is progressing and physically is doing well but doesn’t have the at-bats he wants to have him ready for Opening Day.

Even if the Rangers in April is to have 14 pitchers, I think if Brett Martin comes back in the SD series, I’d give a roster spot to Adolis Garcia based on his performance.

Then when Martin comes back you send Garcia down, reward the kid with/ opening day roster spot. #Rangers

Is there a thought-out plan once the season starts with some guys scheduled to come back? Yes and no, according to Woodward. “I think we have an idea of the direction we might go. It’s kind of like any game. I have a game plan for how the game is going to go, and then you basically rip that paper up an inning into the game.” The Rangers skipper did emphasize performance-based decisions. “I think some guys that make the Opening Day roster still have to go out and perform. There’s no guarantee they’ll be on the roster the whole year, or if we have guys with options, we need to see these guys pitch and see how they handle it. I don’t think it’s set in stone at all.”

Kyle Gibson made his final start before Thursday’s inaugural game in 2021. While he didn’t have his best stuff on Saturday, Gibson limited the damage to three earned runs in five innings. Kyle held the Oakland Athletics to a one for fourteen with runners in scoring position in five innings Saturday. It’s an aspect of the game he’s working on and improving after struggling last season. “I think last year it was a big issue for me because of my mechanics out of the stretch,” Kyle told me. “I spent a lot of time with Brett Hayes and Julio and everyone to figure out why I struggled with two outs or one out, and it was with guys on base.”

The mashup episode we needed!

As for being ready for Thursday, Gibson feels he is, despite his pitches not working well Saturday. “Not the prettiest one going into the season, but I think if there was a time to struggle and to see how my stuff plays when it’s not it’s sharpest, which it wasn’t close to that today. “Gibson finished by telling me, “I think it was a good tune-up.” For Chris Woodward, saying he’s ready is as simple as pie. “He’s had a good spring. His stuff feels good,” Woodward said to me. “No concerns at all. I’m ready to go watch him compete.” So will we on Thursday on the television screen, but first, there are still a few exhibition games against two National League Central teams to settle.