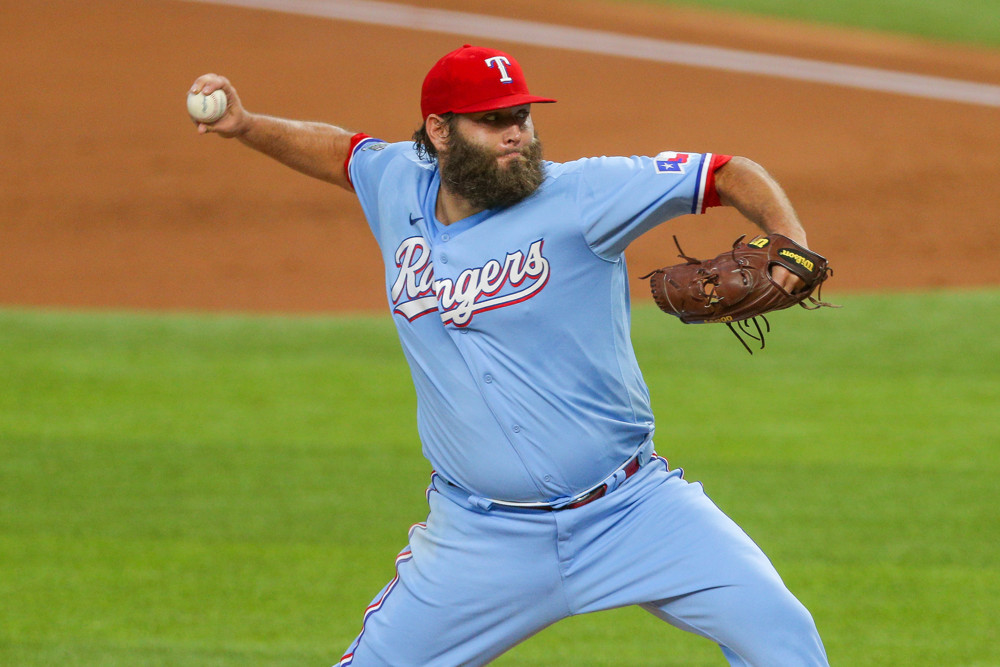 A familiar foe takes the mound for the visiting Chicago White Sox at Globe Life Field on Saturday. The 2020 Rangers’ opening day starter and the first pitcher to pitch on Globe Life Field’s mound in a regular-season game, Lance Lynn. “I am,” Lance Lynn told me Friday after asking if he’s looking forward to going back to the Globe Life Field mound. “Especially with fans in the stands, I didn’t get that opportunity, so I’m looking forward to it this weekend.” Four Rangers have past at-bats against Lance, but only Jonah Heim faced Lynn in 2020. Brock Holt and Nathaniel Lowe had at-bats in 2019, while Charlie Culberson had a past history in the National League when Lynn was with the Cardinals. In April, the Rangers didn’t see Lynn because he was on the injured list with a strained right trapezius muscle.

Facing former teammates is as familiar as tying your shoes in the big leagues. It happens often. “Whenever you face a former teammate, it’s always a little different, but also it’s fun,” Lynn told me. “You have the opportunity to compete against them, they know what you’re trying to do, and you know what they’re trying to. It should be a fun little battle.” Similar to earlier in the season asking Nick Solak, Dane Dunning, and now Philadelphia Phillies pitcher Kyle Gibson about facing former teammates, “It’s part of playing this game,” Solak told me Wednesday.

Even though he was only a Texas Ranger for two seasons, Lance Lynn’s impact on the organization helped set up the culture the Rangers are pushing to the younger guys. “Lance is a really fierce competitor, somebody that was fun to play with, play defensive behind, learn from the way he went about business and how he competes on the mound,” Solak told me. “It’ll be fun to face him and battle against him.”

Lance is also in consideration for American League Cy Young in 2021. For the Rangers’ hitters going against that, it’s a challenge that guys are ready in a heartbeat. “Anytime you get to pitch against one of the best pitchers, I think it’s an honor,” Isiah Kiner-Falefa told me Friday. “Lance is a bulldog on the mound,” Willie Calhoun told me. “It’ll be fun to face him. You know what you’re going to get from him. He doesn’t really come off of his pitch selection. He stays to his strengths.”

As far as what he misses in Arlington? Well, it’s difficult to say, considering 99.5% of America threw 2020 out the window. “There’s always good food and good golf around here. We had a good time,” Lance told me. In addition, he said he still keeps in touch with some of the Rangers’ pitchers (mentioned Jordan Lyles). “Lyles and I played a lot of golf together, and I had some good times.”

Regarding his staple into the Rangers’ culture, it’ll always have a place with his former teammates.

“[I’m] happy for [Lance], and happy for his contract,” Isiah Kiner-Falefa said Friday. “He’s meant too much to our culture and what we’re trying to be about. He laid the foundation out and gave us something to build on. We’re always thankful, and he’ll always be a Ranger.”