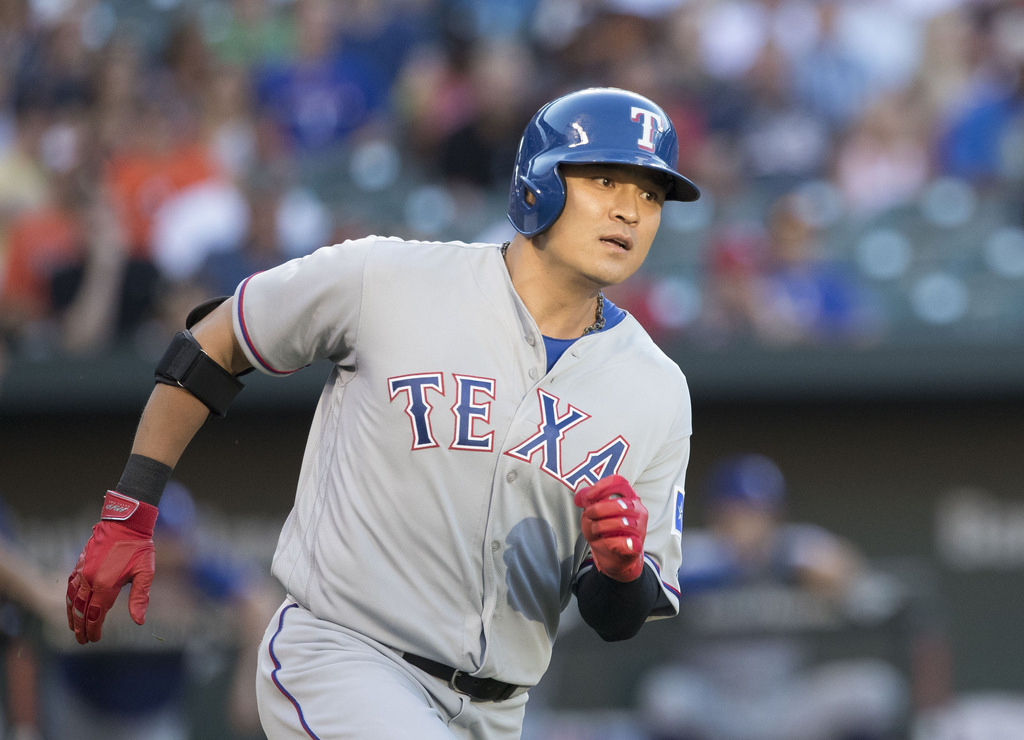 After Tuesday afternoon’s exhibition game against the Cincinnati Reds was rained out, the Texas Rangers were officially finished with the spring training portion of their schedule.  Several of the big questions surrounding the team when pitchers and catchers first reported in mid-February were answered, but plenty still remain as the team prepares to open the regular season on Thursday afternoon against the Houston Astros.

Stock Up
Shin-Soo Choo
Spring Training Stats: 18 games, 9 walks, .418 OBP
The 35 year-old enters the regular season expected to get most of his reps as the club’s regular designated hitter.  His calling card for his entire career has been his patient approach at the plate and his spring training performance definitely suggested more of the same could be expected in 2018.

Choo led the club with nine walks while appearing in 18 games.  Even though he’s used to hitting leadoff or second in the Rangers lineup, a well-placed Choo in the lineup could provide a major boost to any rally that gets going this season.  If a pitcher allowed one or two of Joey Gallo, Nomar Mazara and Adrian Beltre on base, then a patient Choo will be patiently waiting to keep the rally going with a pesky walk or show off his sneaky power.

Bartolo Colon
Spring Training Stats: 18 Innings pitched, 10 strikeouts, 2 walks
Even though the Rangers released him from his contract on Saturday, “Big Sexy” was back with the team by Monday.  While many laughed at the idea of signing him, Colon had a major workload in spring training and earned his chance to start April 2nd against the Oakland Athletics.

Even though he allowed four home runs in 18 innings, second to only Matt Bush’s five in spring training, Colon showed he could possibly a pitcher to eat up innings for the Rangers when given a chance.  With only two walks and a low WHIP of 1.17, Colon seems like he could be the pitcher that fans like me want to see: pitch to contact, get outs quickly.  This will obviously bite him in the butt on occasion, but it’s way more enjoyable than a pitcher who nibbles with every pitch and needs 20 pitches to get through every inning (Martin Perez).

Stock Down
Matt Bush
Spring Training Stats: 11 earned runs allowed in just 12.2 innings
The possibility of Matt Bush making his way into the Rangers starting rotation was something that really excited me heading into camp.  Within a few weeks, he was back to working in the bullpen and it didn’t help him figure things out too much.

Bush’s 1.58 WHIP in Spring Training was similar to his poor 1.45 mark for the 2017 season.  Similar to Sam Dyson and Shawn Tolleson in the past, Bush’s strong past probably won’t save him if he really struggles for an extended period this season.  Manager Jeff Banister will certainly give relievers the opportunities to right the ship, but he and the front office also will cut bait with them without much hesitation.

While the Rangers won’t formally announce their 25 man roster until Thursday morning, the great Levi Weaver of The Athletic Dallas sent out this professionally crafted projection of the Opening Day roster on Twitter Monday afternoon.

With Martin Pérez, Tony Barnette, and Tim Lincecum on the DL to start the season, and Bartolo Colon still in contract purgatory, I …think this might be the Opening Day roster?? pic.twitter.com/eDSwG5xmw4

Stay tuned to Dallas Sports Fanatic for more Texas Rangers coverage throughout the season and never hesitate to reach out to me on Twitter (@DylanDuell) if you want to talk Rangers baseball!