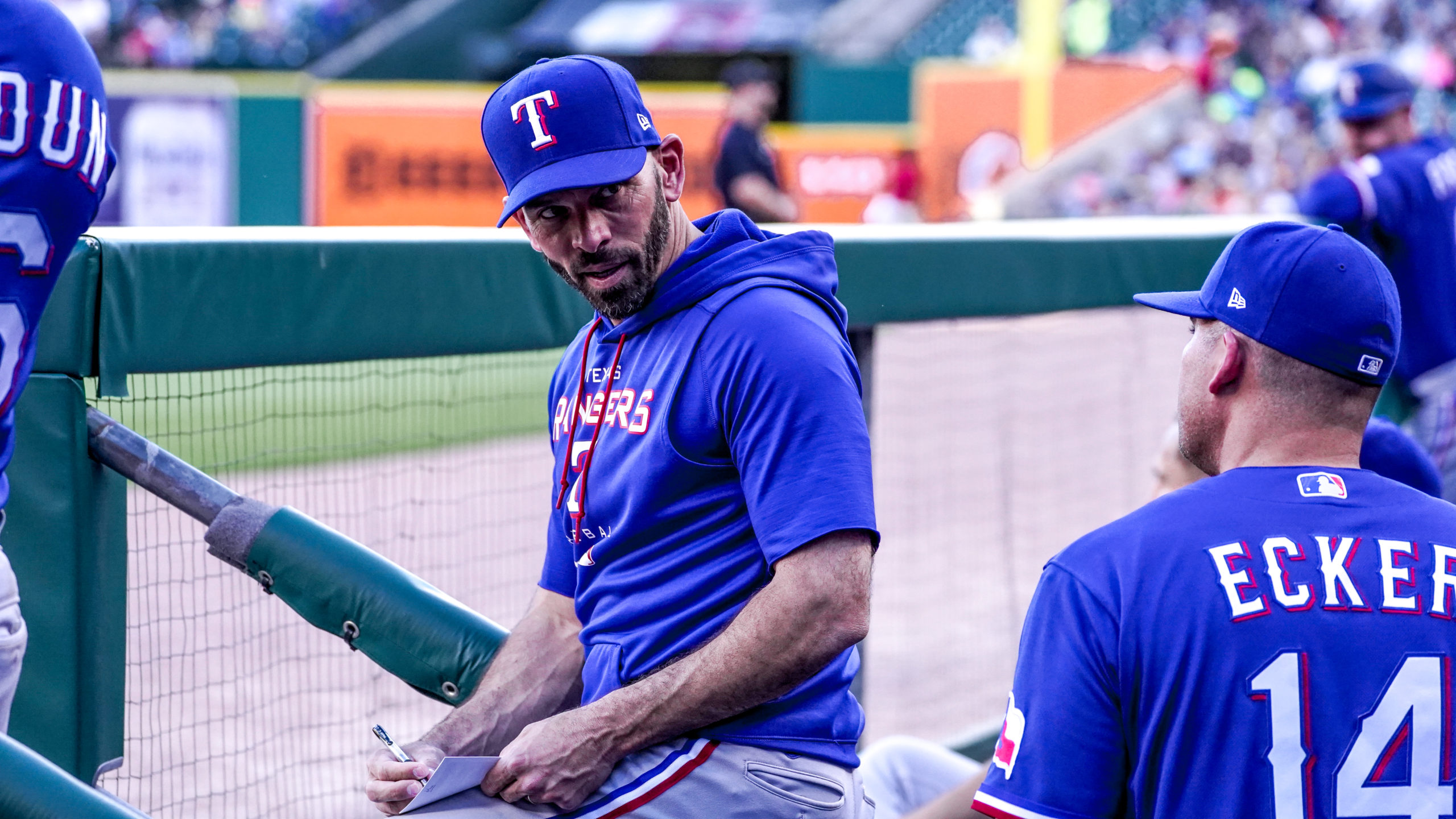 Chris Woodward became the fourth manager fired during the 2022 season, joining Joe Girardi, Joe Maddon, and Charlie Montoyo. The Rangers hired Woodward starting in the 2019 season, but his reign with the Texas Rangers ended on Monday. “He’s represented us in the organization with class and dignity in every turn he brought,” Jon Daniels said on Chris Woodward. “An unparalleled energy, passion, work ethic, a genuine care for people, and players. He was the same person everyday with everybody and a positivity with challenging circumstances.”

After a bullpen game loss on Friday, the Rangers came out and took the final two games against a Seattle Mariners club coming off a series win against the Yankees. However, it wasn’t enough. The ball club struggles showed, especially in close games. Talking to Brad Miller after Friday’s loss and it was plain and simple when it came to Seattle’s dominance against Texas. “I think we’re not doing enough to win games, period,” Brad Miller said. “It’s the big leagues, so it’s tough to win games. The other teams on the schedule are pretty good, but I think we have an incredibly talented team. We just haven’t done enough to win games.” On Monday, I revisited with Brad and asked him if the team needed a change at manager. “I don’t feel we needed a change, but as players we needed to change,” Brad responded. “I don’t think any of us want to sit here and be how many games under .500. I always try to have a sense of urgency. I think Woody was right there with us doing as much as he can. I wish I could have played better for him.”

“You can look at the record. We obviously see that overall we haven’t played well enough to win,” Charlie Culberson told me earlier in the month. The Rangers hovered at .500 at the end of June, but a July that saw close loss after close loss pushed the Rangers’ views of playoff sneaking out of the picture. They started August with three blowout losses on a seven-game home stand. While winning two against a Mariners ball club with Texas’ number the past two years as a starting point, Jon Daniels and Chris Young felt it’s better to go a different route.

I would say this about Chris Woodward. Fans got frustrated because they never saw a guy that went berserk on the field. The ejection on Friday by Jerry Meals was one of the more animated conversations outsiders saw, but the public doesn’t know the inside. According to the Corey Seager introduction press conference, Woodward was a reason that pushed Corey to Arlington. There was a plan in place, and it’s unclear whether the higher-ups voiced that Woodward would be part of that future or not. The team’s struggles in one-run games was too much to overcome. “It’s reflective in the way we’ve played to some degree over the past six weeks,” Chris Young said. “We see some things that we can tighten up in terms of reaching championship standards. No fault of Woody’s, [but] sometimes it takes a different style or leadership voice to achieve those things and that’s why we made the decision.”

Today, Chris Woodward was dismissed as the manager of the Texas Rangers. @Rangers | #StraightUpTX | 📺: BSSW pic.twitter.com/X4QnYaGawr

At 51-63, the Rangers are 48 games away from completing the 2022 season. It’s a pace for a 72-90 season, which is on par with what some thought they’d finish. A question becomes what the offseason plan is for the Texas Rangers and who is at the helm. The talk is that 2023 is the start of contention, not from outside sources but internally within the organization. Chris Woodward as an individual was a classy guy that loved talking about the game of baseball. He was data-driven, held accountability when needed, and had a good sense of humor. It’s hard to gauge him as a manager due to the past rosters he worked with, but some MLB coaching is coming in his future. I’m sure all Rangers fans wish Woody the best. “It’s not easy. He’s a good person [and] he was my friend,” Martín Pérez told me. “We control what we can control. They made the decision so we need to keep going and finish the season. You have to control and you can control. There’s nothing we can do.”

For now, the Rangers will enter a four-game series against the Oakland Athletics with third base coach Tony Beasley at the helm. “In a weird way it may put things in perspective. It shows that things can change and just because we’re here doesn’t mean our jobs are safe in a sense,” Charlie Culberson said. “We as players have to come and perform and if you don’t their going to find someone else to do the job. I do hate it for [Woody] because he put a lot into us as people and players and it was fun playing for Woody. Hopefully that sends a message to some of us to say that we still have to show up, play, and perform.”