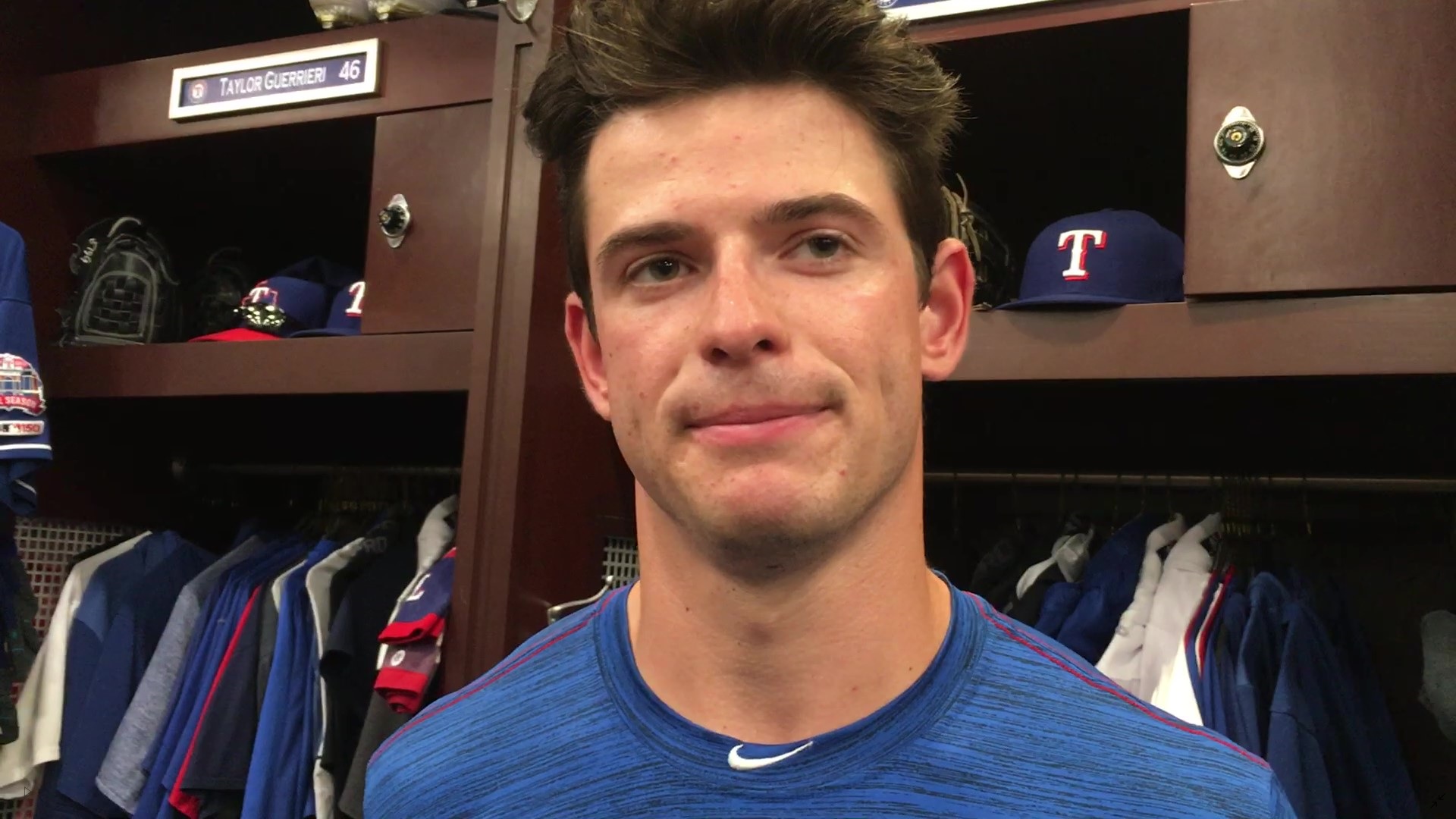 On July 13th of this year, the Rangers made a trade for a young infielder named Nick Solak. He originally was New York Yankees property when New York drafted him in the second round of the 2016 draft. In February of 2018, the Yankees traded eighth-ranked prospect (at the time in their system), Nick Solak in a three-team deal that featured New York, Tampa Bay, and Arizona. That deal featured Diamondbacks’ Anthony Banda going to the Rays, Steven Souza and Taylor Widener going to Arizona, and Brandon Drury heading to the Yankees. A mere 17 months later, the Rangers acquired the second baseman Nick Solak from the Rays for reliever Pete Fairbanks (who was not on the Rays ALDS roster).

Nick Solak got his first taste of the big leagues on August 20th against the Angels. Chris Woodward inserted Solak in both starting lineups of a doubleheader (due to the makeup of July 1st’s game). In the first game, Solak picked up his first MLB hit and in the nightcap, belted his first MLB home run. The Woodridge, Illinois native started his big league career by reaching base in each of his first eleven games going 13 for his first 36 (.361 average). He showed terrific patience for a rookie and is an even-keeled type player.

In his rookie season, Nick picked up ten multi-hit games in thirty-three games played. In the minor leagues with Durham (TB-AAA) and Nashville, Solak hit .289 with twenty-five home runs and seventy-four runs driven in (115 games played). In college (Louisville), the minors and majors Solak has hit .280 or better. Bottom line, this kid can hit. Chris Woodward talked about Nick Solak in mid-September, “He’s very prepared. He has quality at-bats every single time. He steps into the batter’s box, and he works his butt off on defense. He takes in the information; he has a game plan every time he gets up there.”

Outlook: The success Nick Solak had in the final month-plus will not only help himself but will help his infield peers in the organization. It’ll create more competition within the infield, primarily at second base. Chris Woodward talked about how he noticed Rougned Odor looking better at the plate. The results weren’t quite there, but Woody noticed Rougie being a lot more comfortable. Coincidently, that was the same time the Rangers called Solak up. Being that Nick’s primary position is second base; I asked Woodward if the competition brought out the success he saw in Rougie. “I do think that. Healthy competition is a good thing. If you’re on a good team, a contending championship-caliber team, there’s always going to be competition. I think it’s a beautiful thing.”

There’s no question that second base, and infield positions, are up for grabs come Spring Training. However, an opening day roster spot for Solak will depend on the club’s plan at third base. Nick’s defense is not his biggest strong suit, but fill in at second and third base gives Solak some options. I’ll say this; the Rangers got a gem of a player in Nick Solak in the type of trade they made with the Rays in July.

Nick Solak on this being the last game at Globe Life Park and what he’s learned this season #Rangers #FarewellGLP pic.twitter.com/idSYd1yW9s