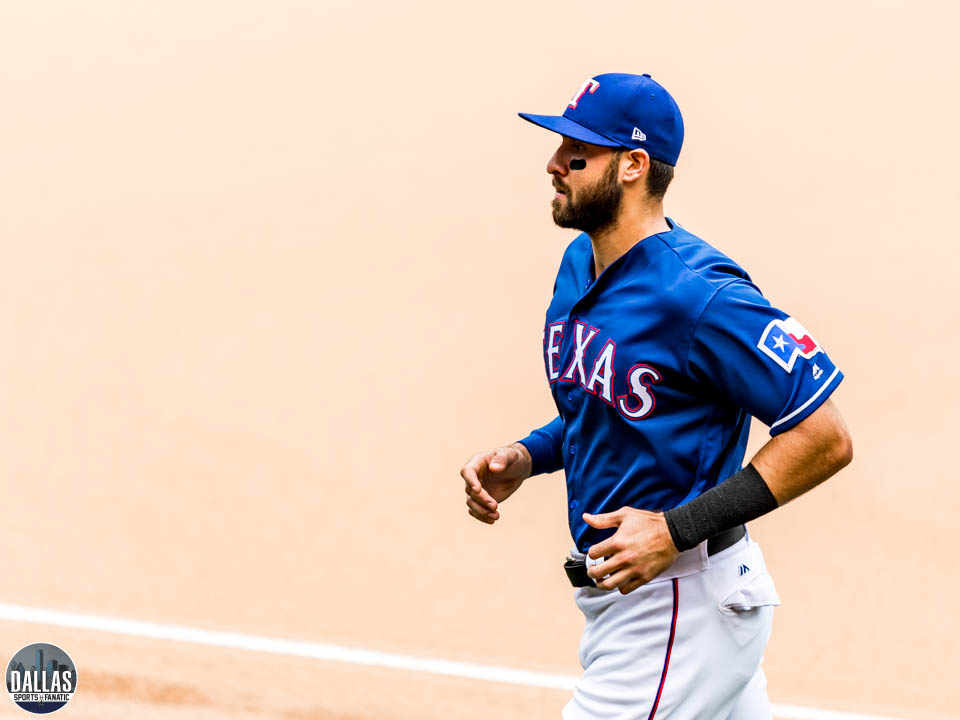 The Texas Rangers enter play tonight 71-71, two and a half games back of the Minnesota Twins for the second and final American League Wild Card spot. The remainder of the Rangers’ schedule includes eleven home and nine road contests, all against teams residing in the AL West.

The most important segment of the season’s final 20-game stretch begins tonight in Arlington. The Rangers are scheduled to kick off a four-game home series against the Seattle Mariners this evening, which will be followed by three in Los Angeles against the Angels and three in Seattle next week for the team’s final look at the Mariners.

What makes this 10 games in 11 nights stretch crucial is where the Rangers’ inter-division rivals currently find themselves in the standings. The Angels are presently 73-70, one game back of the second Wild Card spot, while the Mariners enter play today 71-72, three and a half games back of Minnesota and one game behind Texas.

The Rangers are just 4-8 against the Mariners this season, but one could make the argument that Seattle hasn’t yet seen this version of the 2017 Rangers. The last time the two teams met, Seattle took two of three from Texas in a series that began on the final day of July and ushered in the month of August. When Texas won the series finale to avoid the sweep, the team improved to 51-56. The Rangers would go on to win 15 of their final 26 games in August and have won two of their first three series in September, forcing their way back into the playoff picture. The bullpen has been better overall, and, even more importantly, the offense has come to life, finishing the month of August third in the American League in batting average, slugging percentage, hits, and runs scored.

Texas has lost two of Hamels’ last three starts, and Hamels wasn’t exactly sharp in the team’s one victory in that stretch, allowing four earned runs in five innings in a 10-9 win over the Angels on September 1st. Hamels ERA over his past three starts is a pitiable 8.22. Hamels has made two starts against Seattle this season. Hamels received a no decision in both starts, allowing six earned runs over 11 innings.

Left hander Ariel Miranda will be making his team leading 29th start in Game 1 of the series. Miranda is winless in his last three starts, allowing seven earned runs over 15 innings during that stretch. Miranda no-hit the Astros for six innings his last time out; however, he was unable to make it past six innings thanks in large part to his issuing six free passes. Ariel Miranda is 0-1 with a 6.35 ERA in his one start against the Rangers this season.

Miguel Gonzalez will be making his second start as a Ranger. His first less than memorable, allowing four earned runs in just three innings in Atlanta against the Braves. Tuesday will be Gonzalez’s first start against the M’s this season. Over the past three seasons, Gonzalez is 1-1 with a 4.50 ERA in three starts versus Seattle.

Martin Perez has been unbeatable lately. And that is no exaggeration. Martin Perez has not lost since August 4th, and the Rangers are 7-0 in the games started by Perez since. Martin’s 12 wins this season has already surpassed his previous career high of 10. Perez is 1-1 with a 3.86 ERA in three starts against Seattle this season.

Mike Leake is 2-0 in September with a pair of one-run victories over division foes. Leake appeared due for a good stretch after going 0-3 with an ERA of 8.88 in August. This will be the first time Leake has faced the Rangers this season. Over the past three years, Leake has made two starts against Texas, going 0-1 with a 2.92 ERA in 12 innings pitched.

Andrew Cashner is coming off arguably his best start of the season against the New York Yankees this past weekend. Cashner shut out the Yankees for seven full innings while holding on to a slim one run lead. After hitting the leadoff batter in the eight, Cashner was pulled, and the Yankees would go on to rally for a 3-1 victory. However, Cashner’s effort was another feather in the cap for the free agent to be who has arguably been the Rangers most consistent pitcher all season. Cashner has allowed more than three earned runs in a start just once (four earned against the Angels) since June 29th. Cashner is 1-1 with a 2.60 ERA in three starts against the Mariners this season.

Despite spraining his ankle yesterday against New York, Rougned Odor is expected to start this evening.

Carlos Gomez remains out of the Texas lineup with a high ankle sprain. He is currently listed as day-to-day.

Keona Kela is scheduled to throw a bullpen session today. He was placed on the 10-day DL on August 8th, and the Rangers are hopeful he can make a return to the bullpen this week.

Seattle CF Jarrod Dyson is currently listed day-to-day with a right groin injury he suffered on September 2nd against the Athletics. Dyson has started 111 games this season, hitting .251 with five homers, 30 runs batted in, and 28 stolen bases.

Contributor covering the Texas Rangers | I have lived in the DFW Metroplex for more than 35 years and I have been an avid fan of all Dallas pro sports franchises since the mid 80s. In addition to my lovely wife and two perfect children, my passions include reading, playing sports and of course, watching as much sports as I can possibly fit into my schedule.