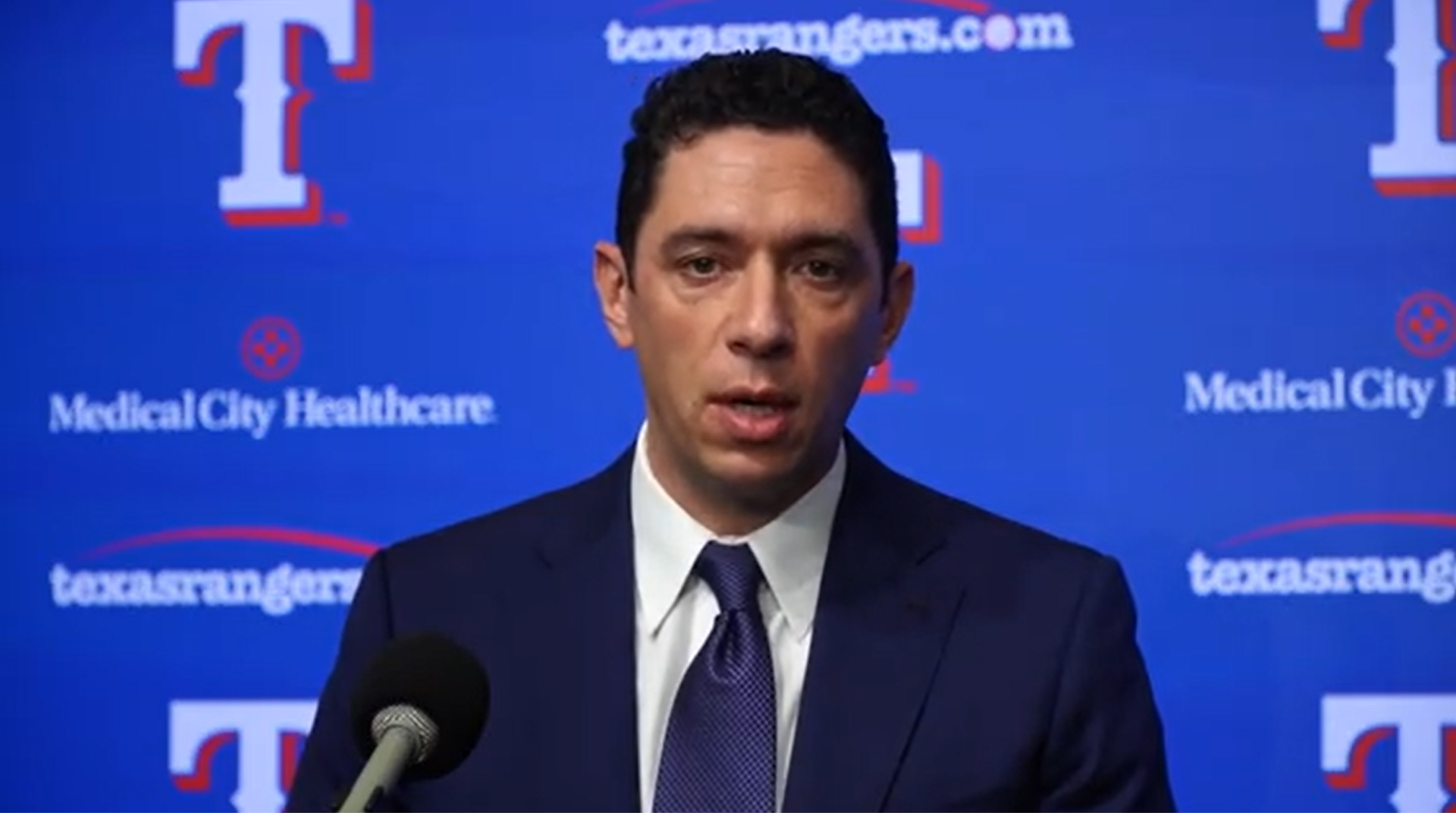 Rangers introduce new General Manager Chris Young; is the franchise on the move towards success?

Rangers introduce new General Manager Chris Young; is the franchise on the move towards success?

During the first 40 days of the offseason, MLB teams evaluate and zero-in on possible free agents. Organizations look at their player personnel along with contract situations. The Rangers decided one of the bigger splashes for their organization this winter is to bring in former pitcher Chris Young as general manager. Rangers’ owner Ray Davis asks each year, “How can we get better?” At the end of 2020, the Rangers upgraded their front office.

Let’s make one thing clear; Jon Daniels is not stepping down. Daniels started Monday’s press conference by saying it’s a collaboration or a partnership between him, Chris, and others in the Rangers’ baseball operations group. Throughout time, Young will develop into taking on different areas among the organization. “He has the ability to relate to those in the office, those around the games, staff on the field, and players in the clubhouse,” Daniels said on Monday. It’s a mixture that’s becoming a lost art in baseball, especially with analytics taking priority among Major League Baseball.

Chris Young was a third-round draft pick by the Pirates in 2000 (graduated from Princeton). Texas acquired Young from the Montreal Expos in 2004 and four and a half months later from the deal made his major league debut for the Rangers. Young grew up a Texas Rangers fan; he spent two seasons with the club and seventeen professional seasons in baseball (13 in MLB). In 2018, Young became an MLB executive serving as vice president of baseball operations, initiatives, and strategy. For the last ten months, Chris took over Joe Torre’s role as discipline enforcement determining fines and suspensions.

It’s too difficult to calculate if the Chris Young hiring fixes the team issue. It’s excellent timing considering the Rangers hold the second pick of the draft next year and have a few key pieces to bargain within like Lance Lynn and possibly Joey Gallo. It’s a comfortable partnership between Jon Daniels and Chris Young. Their history goes back to Chris Young joining the Rangers in 2004, to which JD began his role as General Manager in 2005.

just over 16 years ago (8/24/2004) Chris Young made his debut for his hometown team he grew up watching and rooting for.

The word used by Chris Young a lot on Monday’s press conference was “learning curve.” I don’t take that as a bad sign by any means (trust me, I know about new job adjustments). The takeaway from that is that the progression will take time, and I mean at least a few seasons, if not more.

I can tell Rangers fans this: Chris Young has Rangers blood inside of him. Texas is his childhood team. “The opportunity to build a championship team in my hometown is perhaps the most fulfilling accomplishment to which I can contribute,” Young said Monday. It may be a calculated statement, and sure everyone who gets hired always acts excited, but the prior history to the organization and the countless amount of time spent either in or cheering the organization means a lot more. It’s also an opportunity to achieve a goal that no other Rangers team has: a World Series title. Imagine being the piece that brought history to the team you grew up watching, and now your kids grow up watching you do that.

The Rangers have a long ways to go, and Ray Davis pointed out that they will remain in the rebuild mode in 2021. However, the best moves can happen at the most inopportune times years before success shows. I think the operational changes, coupled with deciding starts based on the field rather than tenure, brings a winning culture that interjects more motivation. I feel like we’ve entered Oz and we’re following the yellow brick road. Let’s go Dorothy!

The @Rangers have hired former pitcher Chris Young to serve as their GM. #MLBTonight pic.twitter.com/qkaBixczHh